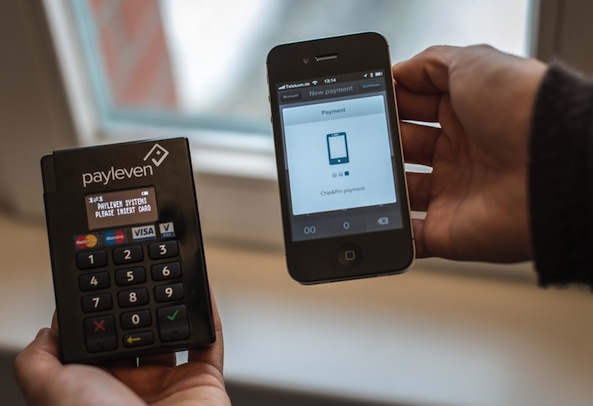 Look out Square and Paypal, Payleven has inked a major deal with Apple to sell its mobile payment solution. The Rocket Internet-backed startup is now selling its Chip & PIN at a number of the company’s retail and online stores.

Payleven says it has been talking to Apple about a global distribution deal for several months now, and the two sides only recently reached an agreement. Apparently the company is as protective of its retail stores as it is its App Store…

The Next Web spoke with Payleven’s co-founder Konstantin Wolff about the negotiations:

“Apple has many requirements, ranging from product design/quality, to availability and packaging. During our negotiations with them there were clear requirements we had to meet before starting to ship devices to their stores.

We absolutely understand the need for strict quality control measures. In the end, the Apple brand stands like no other for innovation and state-of-the-art technology. Ultimately, the ability to meet their specifications as well as being a Pan-European player, were key success factors in this deal.”

This is actually a huge deal for the young startup, as its one of the first card reader solutions to hit Apple’s retail shelves alongside Square. And Square, as most of you know, has been seeing great success in the mobile payment space.

So how does it work? Well the Payleven card reader pairs up with an iPhone, iPad or Android device via Bluetooth to make it quick and easy to take debit and credit card payments. Payleven charges 2.7% of payment transactions.

The Chip & PIN itself is £99 (about $150 USD) and includes £20 credit for payments. There’s no fixed monthly fees or contracts. It’s only available in Brazil, Germany, the United Kingdom, and Italy right now, but it plans to expand on that.