New details are emerging showing Google’s Play store increasing its revenue, yet still lagging Apple (particularly in the United States) – and that’s in spite of Android’s big lead in terms of device activations and unit sales.

The report by app analytic firm Distimo indicates Google Play in April reached 27 percent of the combined revenue of the two app stores, up from 19 percent in November 2012. Although Google’s store witnessed an eight percent jump in app revenue, Apple’s App Store in April still brought in $5.1 million for the top 200 apps.

That compares to $1.1 million for Google Play. Still, the research highlighted some developers earning equal or more revenue from Android app sales…

One developer highlighted in the Distimo report is Mobage. 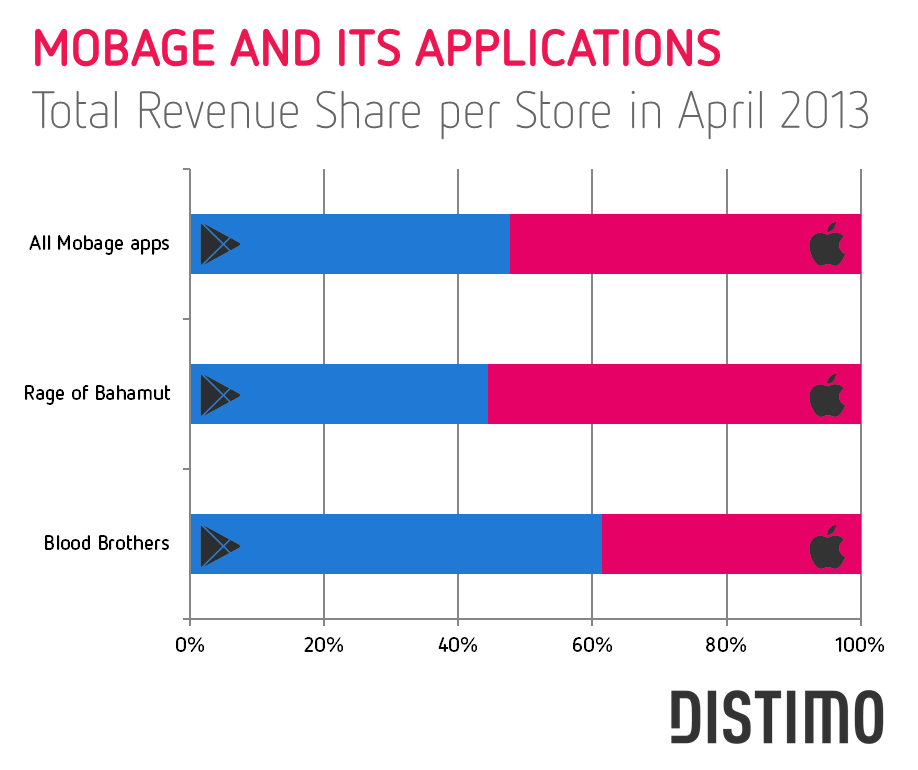 The developer earned $5.1 million from Google Play in April for its apps both in Asia and the US. Mobage earned $5.6 million during the same period for its apps at the Apple App Store. 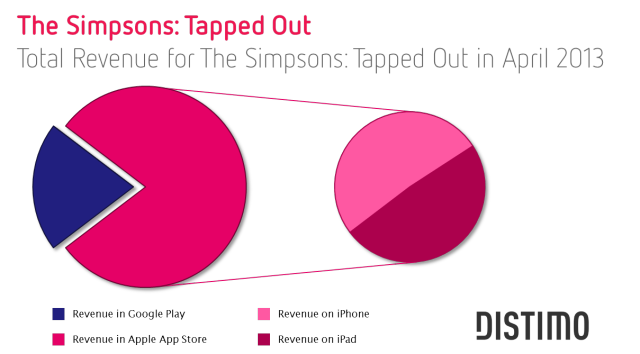 In another instance, Gameloft in April earned more for its World of Arms title at Google Play than the App Store, according to TechCrunch. 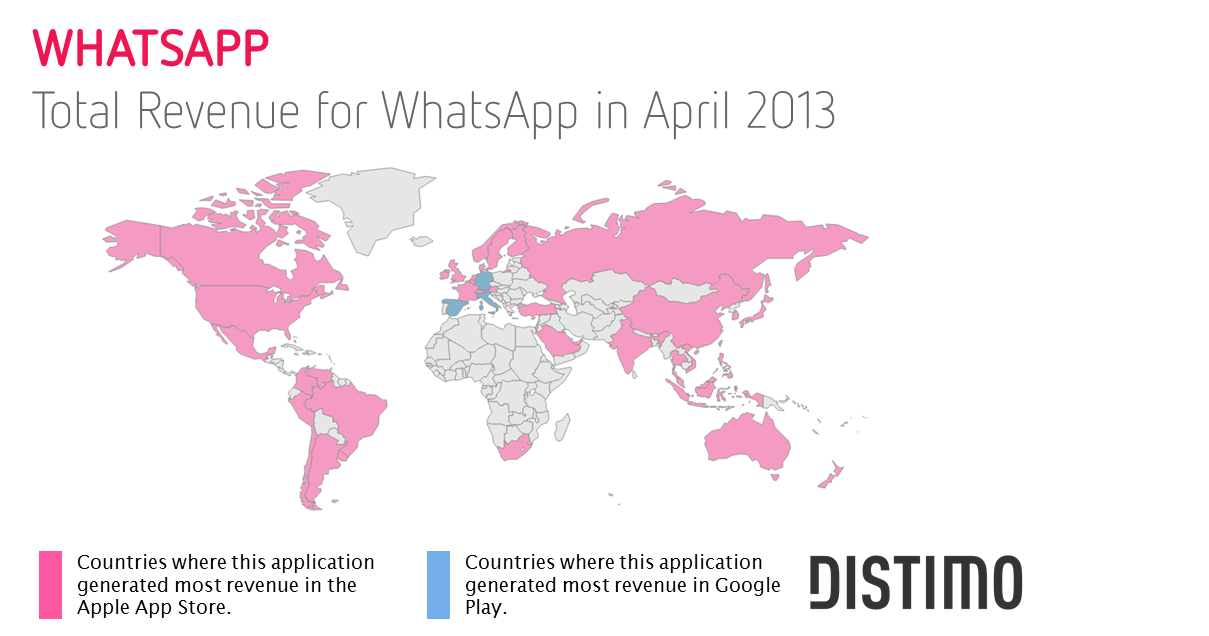 The developer of WhatsApp is finding more success with Google Play outside the US.