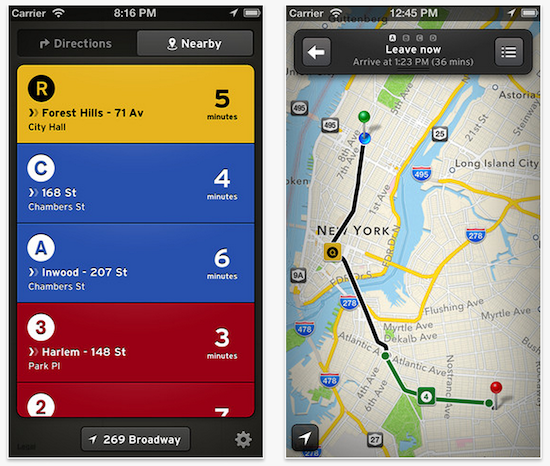 With Apple replacing Google Maps with its own in-house solution last fall, it essentially left the folks who use public transit services in the dark. Among its many flaws, Apple’s Maps app doesn’t feature any kind of transit data or directions.

So those who required this information were forced to seek out third party solutions. And today one of the more popular ones, The Transit App, received a major update. It now features real-time vehicle locations and, oh yeah, it’s now free!

The Transit App has long been highly regarded for its beautiful design and the wide range of information it offers. Where as some apps only offer public transit data from a single city, it provides that information for 37 different US cities.

And it’s even better now that it’s been discounted. While the app has always been free, you used to have to pay a fee of $0.99 a month, $2.99 for 6 months, or $4.99 a year for the service. Not anymore. You can now use everything free of charge.

If you’re interested in checking it out, you can find The Transit App 2.0 in the App Store for free.