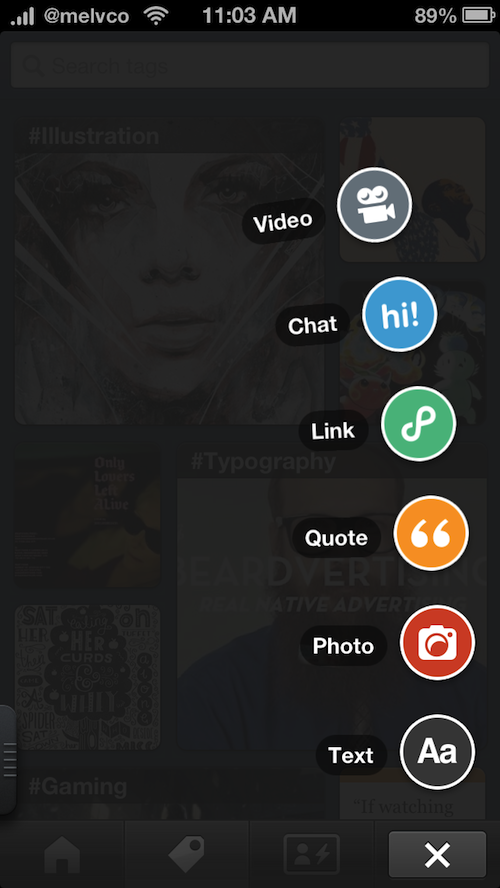 It’s been a big day for the folks over at Tumblr. Earlier this morning, the microblogging network confirmed the weekend’s speculation that it is has agreed to an acquisition deal with Yahoo!, said to be worth over $1 billion.

And shortly after the news was revealed, an update for Tumblr’s iOS app posted in the App Store. The update, which brings the app to version 3.3.2, includes a handful of bug fixes and improvements, and a shiny new interface…

A couple of cool updates for iPhone and iPad:

While the update is light on new features, it does include a new post-chooser interface. This allows users to quickly decide what kind of content they want to post to their Tumblr site, whether it be a video, chat, link, photo or text.

Notice the circle cropped icons of the new UI. This actually seems to be a fairly popular trend with designers lately—I say it’s Path-like, but you can see it in Facebook and several other apps. And for good reason too. It looks sharp.

If you want to check out the new Tumblr app for yourself, you can find it in the App Store, for both the iPhone and iPad, for free. You’ll obviously need a Tumblr account to get much use out of it. But don’t worry, that’s free too.