When I was very young, there was no such thing as home video games. At least, it wasn’t prevalent enough to be something everyone had in the household. Personal computers were just barely sneaking into the homes of some of the more tech savvy consumers.

By the time I was a teenager, gaming consoles had seen multiple renditions and a number of companies were competing against each other to be the next device on everyone’s Christmas wish list.

If you remember when Super Mario Brothers was the coolest thing you’d ever played in your living room, then you’ll appreciate our list of iOS ports of games from decades gone by… 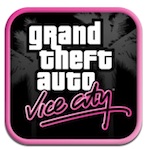 GTA first made its way into the hearts of teenagers and grown-ups in 1997. It was an exciting driving game that incorporated third-person shooter, mission questing, and open world exploration. By the time Rockstar Games launched Vice City, the video game industry had changed and GTA had to wow the world with a title that was even better than its predecessors. They succeeded. Vice City added nearly 30 additional vehicles, real estate options, and new missions that took you deep into the underbelly of Miami’s digital doppelganger. Thanks to some excellent design work from Rockstar Games, you can play the decade-old game in all its glory on your iPhone or iPad. This game is available for $4.99. 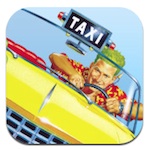 At the turn of the century, punk rock was going mainstream, skate boarding had its own sporting event, and driving games were a huge hit with gamers of all ages, genders, and social classes. Crazy Taxi put you in the driver’s seat of a time management game that made Burger Time look like a joke. You could choose from four cab drivers to take the wheel as you hit the streets looking for your next fare. To top it off, you could listen to Bad Religion and The Offspring as you frantically drove from stop to stop before the clock ran out. This game is available for the iPhone and iPad for $4.99. 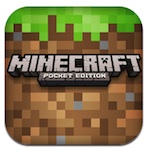 Minecraft is obviously not a game that I played as a kid. It is only a few years old. However, it appeals to my generation, as well as game designers and tech geeks both older and younger, for its innovative gameplay and pixilated retro look. Based on algorithms that are generated through your actions, this open world block building game creates an authentic and original experience for each user, depending on what takes place. The iPhone and iPad version launched in the App Store in November of 2011 with many of the features missing. While the game still can’t be considered a frame-by-frame port of the PC version, it regularly receives updates that bring it closer to the full version with each new addition. This game is available for $6.99. 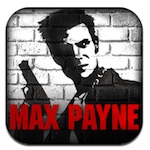 Whenever someone says that “The Matrix” was a bad movie, I have to remind them of how prevalent the bullet-follow cinematography and special effects are in all areas of action films, television shows, and even video games. Max Payne was the first video game to use bullet time effects and was hugely successful in the early part of the turn of the century for its noir-style imagery, action movie graphics, and deeply ingrained plot development. Players followed the adventures of a former DEA agent who decided to take revenge on those responsible for his family’s death in a third-person shooter style game for iPhone and iPad. This game is available for $2.99. 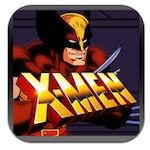 In 1989, Marvel’s longest lived mutant superhero team got its own animated television show. By 1992, its popularity was so strong that a plethora of video games had already been successfully launched. One such game was Konami’s submission to the industry. X-Men was a side-scrolling fighting game where players took on the role of Cyclops, Colossus, Wolverine, and more to battle against Magneto’s minions. Fight wave after wave of Sentinels in your quest to track down the ultimate villain and rescue Professor X. Each character has a different ability. Find the one that fits you and beat up everything in your path. This game is available for the iPhone and iPad for $0.99. 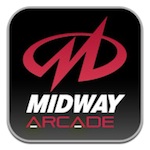 Rampage is my absolute most favorite arcade game of all times. I could, and have, literally spend hours in an arcade playing that awesome smash-em-up monster game. Midway Games may no longer be in business, but their legacy lives on in this fantastic collection for the iPhone and iPad. For the low price of only two bucks, you can play 10 classic Midway games, including Rampage, Defender, and Joust. You can also purchase two additional game packs for only $0.99 each that include games like Gauntlet, NARC, and Total Carnage. I don’t think I have to say anything else.  I’m pretty sure you understand the awesomeness. This game is available for $1.99.