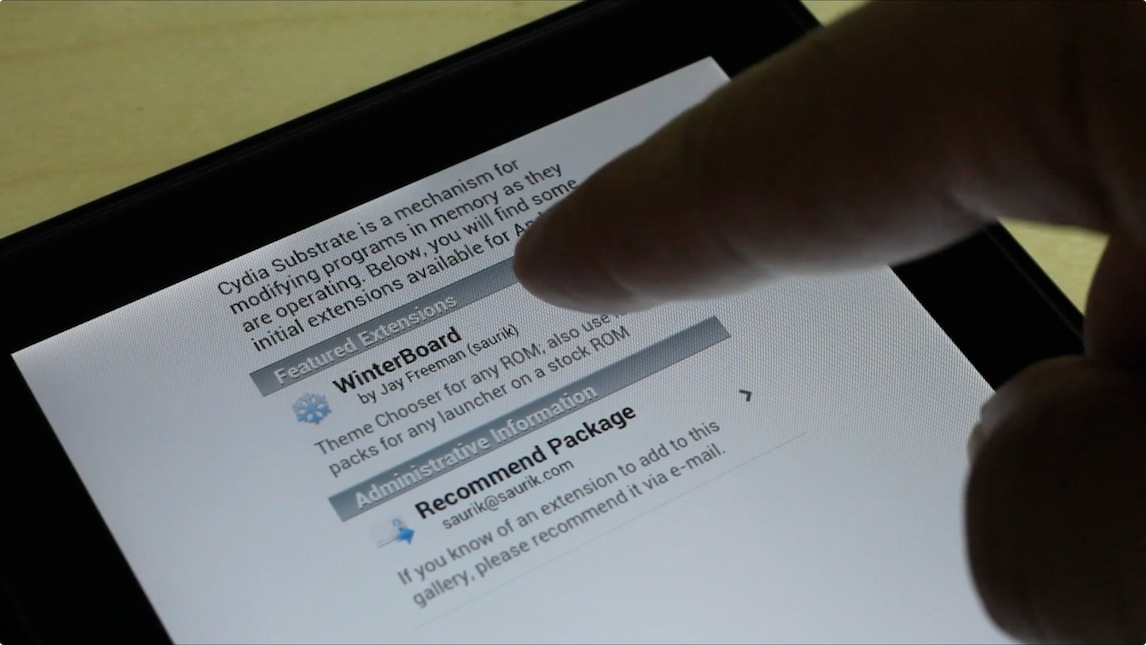 What does this mean for Android users? It means many of your favorite jailbreak apps and tweaks could make it to Android, (WinterBoard is already available!) with the potential for many more…

To enable Substrate on your Android device, you must first, of course, root the device. According to the Cydia Substrate website, Substrate should work with a variety of Android devices from 2.3 through 4.2.

After you have gained root access to the device, you’ll need to install the APK, run the application, click Install, and grant Substrate Superuser access. After that, it’s all gravy, or in theory it should be. The APK can be downloaded directly from the Cydia Substrate website, or from Google Play.

Pretty wild, no? I mean, imagine going to the App Store and downloading Cydia. As much as people knock Android for its pseudo-openness, there’s no denying that being able to pull off stuff like this is nice.

What do you think? As we speak I’m trying to get this thing running on my old and crusty Kindle Fire (the original), but I can’t promise anything as of yet. I’ll let you know what I find. 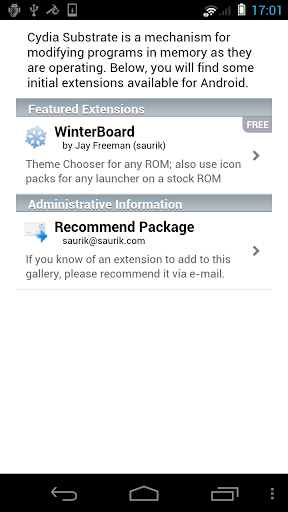 Update: I was able to get Cydia Substrate and WinterBoard installed on my rooted 1st generation Kindle Fire with little to no issue. Unfortunately, the themes that are available on Google Play are generally only for certain firmware compatibility. But now that WinterBoard is available, in the future we’ll be able to have themes for a wider variety of ROMS, e.g. TouchWiz, Sense, CyanogenMod, Apex, etc. Thanks to Majd Alfhaily for the clarification on this.

I’ll be back with a full video showcasing the installation soon.

Update: Some people have inquired about the possibility of having a Google Play alternative, sort of like Cydia is an App Store alternative. While that may sound like a good idea, it’s not absolutely necessary like it was on iOS. With iOS, Apple would outright reject any app or tweak submitted to the App Store. Google is much more lenient on what it will accept, and it has less strict rules about the openness of certain apps. That’s why it is possible for Saurik to submit WinterBoard to Google Play and get approved. There is no absolute need for an alternative like there is with iOS.

With all of that being stated, I think that an alternate store would be beneficial for a couple of reasons, but one sticks out above all others. I think that a Google Play alternative would be good simply for organizational purposes. On iOS, you know you go to the App Store when you want to download an App Store app, and you know you go to Cydia when you want to download a jailbreak app. The lines are rarely, if ever, blurred. With the Android situation, I can see things becoming a lot more confusing with everything being mixed in together.