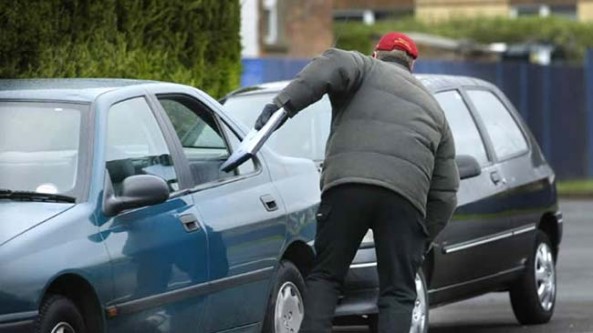 Is Apple doing enough to prevent an upsurge in thefts targeting the iPhone? That’s the question New York State’s Attorney General is asking the smartphone maker, citing several violent incidents involving thefts of mobile phones. In a letter to Apple, Android-maker Google, Galaxy manufacturer Samsung and others, Eric Schneiderman wants details on what the companies are doing to prevent thefts of handsets.

According to Bloomberg, Schneiderman wrote in a May 10 letter to Apple’s Tim Cook:

I seek to understand why companies that can develop sophisticated handheld electronics, such as the products manufactured by Apple, cannot also create technology to render stolen devices inoperable and thereby eliminate the expanding black market on which they are sold.

Apple, of course, has a technology that an “render stolen device inoperable” and they are calling it Find My iPhone, but Schneiderman doesn’t seem to have gotten the memo.

His letter also cites a 26-year-old Museum of Modern Art chef murdered in 2012 for his iPhone and the February stabbing of three people after a fight broke out over an iPhone on a Queens subway platform.

The same question has been raised as law enforcement officials ponder whether Apple can do more to combat the thefts. NYC Police recently launched an undercover operation to reduce the number of stores selling stolen iPhones.

While iPhones are most popular with NYC thieves, the letter did not single out Apple. Google – which makes the Android software powering Samsung’s Galaxy smartphone – also came in for questioning by the New York official.

“Foreign trafficking of stolen devices has proliferated, and an abundance of domestic black market resellers, including right here in New York, means as a practical matter that phones do not, contrary to your website’s assertion, become unusable,” Schneiderman wrote to Google Chairman Eric Schmidt.