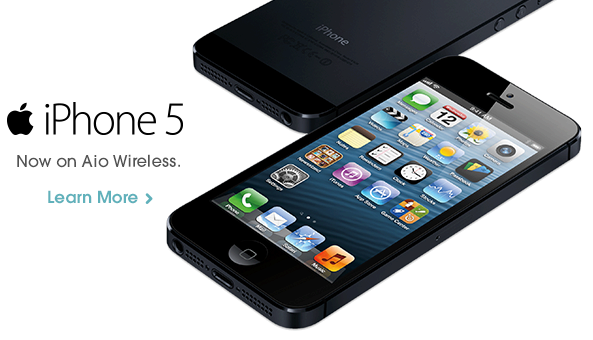 While its fierce rival Verizon has chosen to sit on the sidelines and watch T-Mobile regain consumer trust with its newly found ‘Uncarrier‘ business model and no-contract plans, AT&T has jumped on the prepaid bus with a new Aio Wireless brand rounding on T-Mobile’s offering. Just like Sprint’s Boost and Virgin, Aio Wireless is a MVNO wholly owned by AT&T and marketed as a standalone brand.

As we explained last week, Aio (as in ‘All In One’) is aimed at those eager to avoid committing their soul to AT&T at all cost by opting for a month-to-month service instead. The offering includes $40/$55/$70 tiers (pricing varies by market) with unlimited talk/text and 250MB/2GB/7GB of data.

In addition to the iPhone 5, the selection of devices includes smartphones, tablets and feature phones from Samsung, Nokia, ZTE and others. Taxes and fees are included so the price you see is the price you pay.

The Aio tiers are more competitive than AT&T’s existing GoPhone prepaid service which includes a $65 per month tier with unlimited talk/text, but just one gigabyte of monthly data. By comparison, T-Mobile’s $65 a month tier offers unlimited talk/text and two and a half gigabytes of throttled data.

A media release mentions “4G download speeds of up to 4Mbs.”

Given how AT&T and other telcos gets away by advertising its high-speed 3G HSPA+ network as ‘4G,’ Aio doesn’t seem to offer LTE service, which is a bummer if you were looking for a fair LTE service on a prepaid basis.

Just like with T-Mobile, customers can bring their own unlocked device and sign up for the service. The devices on offer are refurbished and range from $30 feature phones to $50 low-end smartphones. 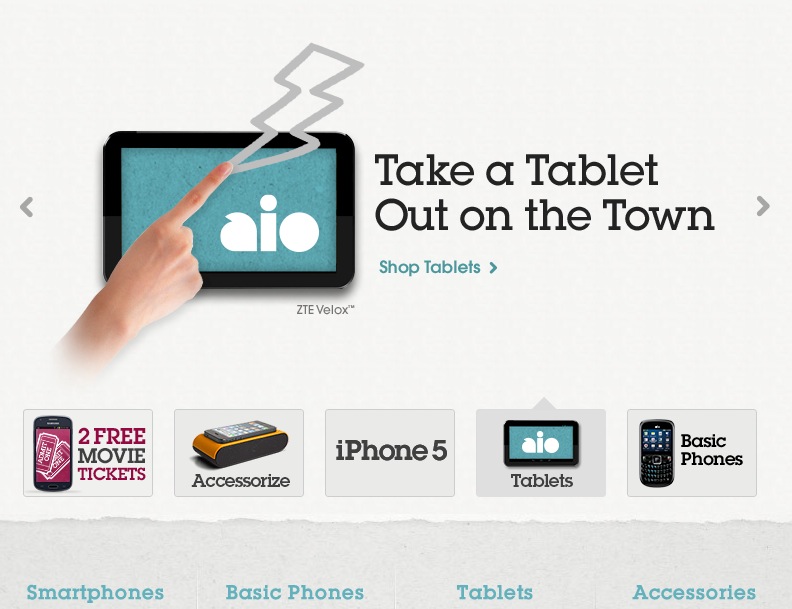 Although Verizon in February revealed prepaid plans for 3G smartphones and tablets, the nation’s top carrier is rumored to be prepping an MNVO-like service in partnership with ItsOn, where Verizon Wireless owners, Verizon Communications and Vodafone, are both investors.

Aio also has a nice corporate fleet of cars. 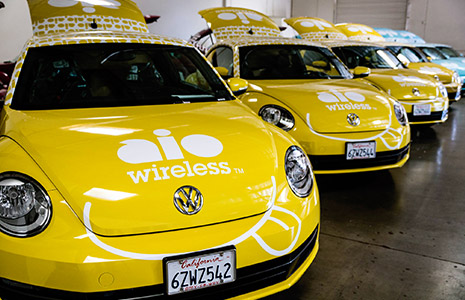 Fine print you should know about: once you use up your allotted monthly allowance, AT&T will throttle your speed. Hotspot functionality isn’t included and the service is only available in Houston, Orlando and Tampa.

The Aio service should roll out nationwide in the coming months.

Having recently switched from on-contract to off-contract, I never looked back. Moreover, with WiFi hotspots increasingly prevalent in a lot of places, I just find it really inconvenient (and long-term expensive) to be locked in a long-term contract.

I now buy my devices full price, unlocked and separate of my wireless service. And being prepaid lets me leave my carrier on my choosing.

I just slip another carrier’s SIM card into my device and am good to go – no paperwork, no questions asked, no penalties or stupid early termination fees.

Oh, and my wireless service expenses are substantially lowered now that I’m prepaid.

If you have time, I’d love to hear from you other switchers down in the comments.