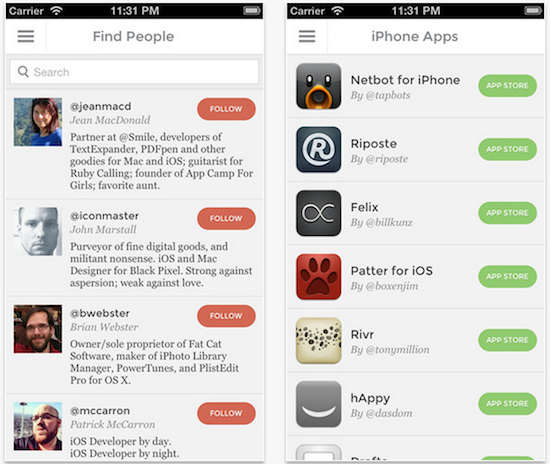 In what appears to be an effort to spur user adoption, the folks over at App.net have released a new iPhone app called Passport. No, it’s not a client for browsing the Twitter-like social network. It’s more of just an account management tool.

In Passport, users can create their own App.net account, and find and follow other members. It also gives you the ability to update your bio, profile and cover phots, and includes a library of third-party apps that feature App.net integration…

-Update your App.net profile by uploading a photo, cover image, and bio

-Easily download apps that integrate with App.net from the App Store in just 2 clicks

It’s an odd app, to be sure, as it doesn’t allow you to read or post messages to App.net. This seems like it was an intentional move though, as the company continues to highlight its growing third-party app community. And that’s not necessarily a bad thing.

As for Passport itself, it’s decent. Navigation is easy enough, and animations happen quickly. I also really like that it allows you to edit your App.net profile, and apps from the third-party client list can be downloaded without opening the App Store.

As I have yet to spend any meaningful amount of time on App.net though, I won’t be keeping it around. But if you’re just getting started on the network, or are a heavy user, you’ll likely find it useful. Passport is available in the App Store now, for free.