Many of us have shared a pair of earbuds with a friend. The problem crops up when you enjoy rocking out at max volume while your friend enjoys a more modest audio level. Enter Apple with what’s essentially an intelligent audio splitter.

Instead of enduring the default sound level of the iPhone or iPod, an adapter envisioned by Apple would allow you to customize your individual audio, according to a patent published by the U.S. Patent and Trademark Office Tuesday.

Additionally, the headphone splitter would permit two people to use built-in mics to speak over the soundtrack, opening up some wild possibilities with gaming…

Apple’s U.S. Patent No. 8,437,481 outlines an “adapter for connecting accessories to an electronic device” that attaches to either an iDevice’s dock connector or headphone jack, allowing a number of users to independently control volume and mics.

To improve upon the design, Apple would likely need to support wireless headsets. 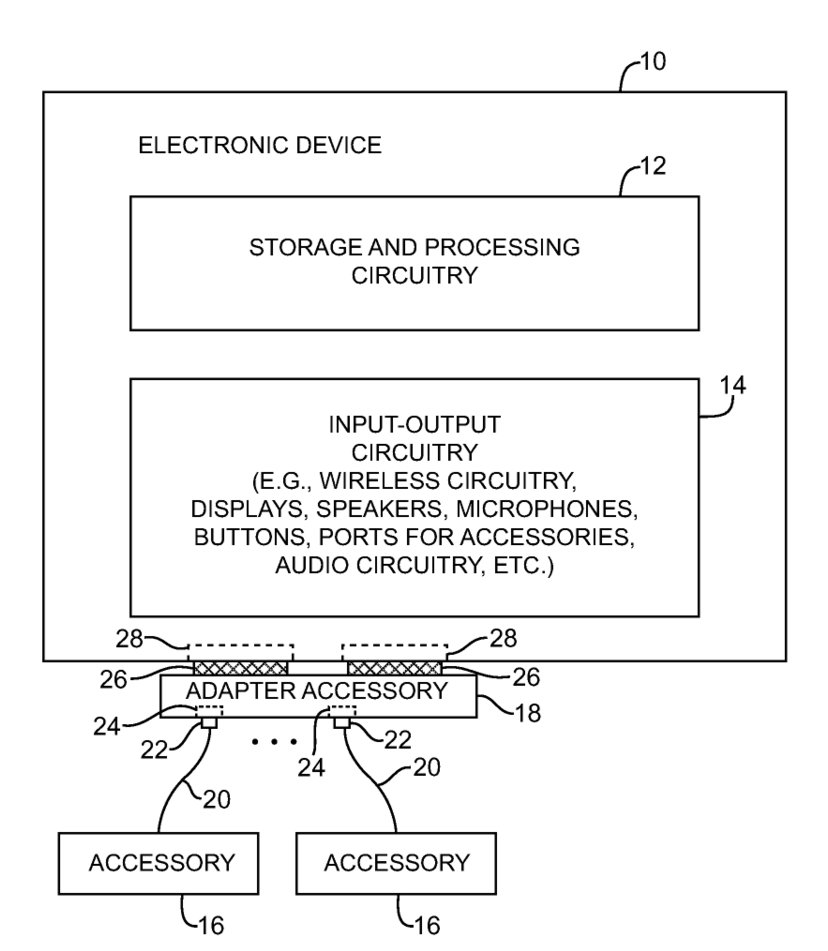 Such an ability would permit gamers to chat while playing together on the iPad, for example. As we’ve written, there is much concerns from accessory makers about supporting Apple’s proprietary connections, such as Lightning, introduced with the iPhone 5.