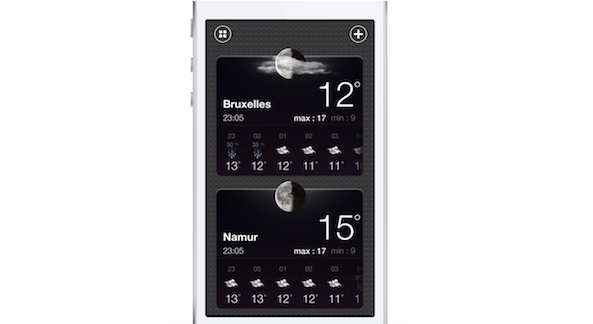 There’s been no shortage of iOS 7 mockups over the past few months, as folks try to guess what Apple’s next generation mobile OS will look like. And recent reports that Jony Ive is leading a massive UI overhaul has given designers even more fodder.

But one concept in particular, by Mohamed Kerroudj, seems to be getting a little more attention than others. We showed you two videos from the series last month, and this weekend he’s uploaded a third one that involves a new Dashboard feature…

To recap, here is the first video in Kerroudj’s iOS 7 concept series:

And now the third:

As you can see, Kerroudj uses an almost Metro-like flat UI across his concept, which is likely one of the reasons it’s been so popular. We’ve seen several reports now claiming that Ive is pushing for a similar look in iOS 7, with new icons and UI elements.

Another likely reason for the concept’s popularity is the way Kerroudj implements innovative features. Take the third video for example. I really like how he moved the multitasking bar to the lefthand side, making it less of a stretch to open and close apps. I also really like the idea behind Dashboard as a separate area for third-party widgets, though, I don’t see why you’d want them full-screen.

But as cool as this stuff may be, don’t expect to see these kind of dramatic changes in iOS 7. Everything we’ve heard to this point suggests that although Ive is pushing for flatter design elements, most of the operating system will function as it always has.

What do you think of Kerroudj’s iOS 7 concept?