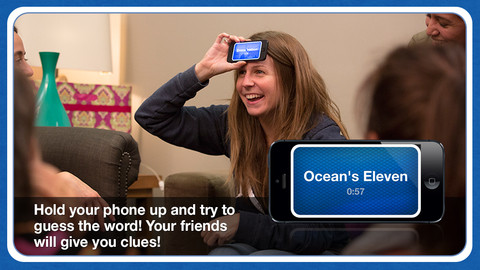 If you’re a fan of the Ellen DeGeneres Show, you must be aware of an amusing party game Impending created specifically for the show. Hellen can be seen using the app to challenge her guests to name celebrities, sing, decipher silly accents, guess words written on the card on the guest’s head and much more.

Guess what? Now everyone can become Ellen by downloading the Heads Up! to their iPhone.

Just invite your smartypants friends and let the party begin. The game is getting some surprisingly good reviews, it’s backed by the Ellen brand and created by the same guys who brought you popular to-do list app Clear. What more could you want? 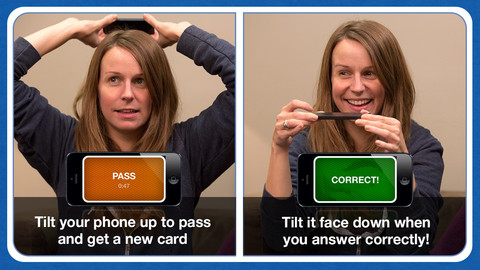 TouchArcade had a chance to spend some quality time with Heads Up! so I’ll let them to the talking:

You’ve got 60 seconds where a word will appear on the screen, everyone else shouts clues, and you try to guess it. If you get it right, you tilt your device down, if you can’t get it and want to skip you tilt up.

It sounds basic, but even beta versions of the game that randomly would appear at bars and restaurants of GDC was a ton of fun.

To draw a new card, just tilt your device.

The concept sounds pretty basic, but the execution is addictive.

As an added bonus, the game records your friends’ reactions using the iPhone’s front-facing camera so you can share the funny clips on Twitter/Facebook or submit them to be featured on The Ellen Show.

And this is the first-person view of the play session from the previous clip.

On the downside, you do need a group of people to play the game.

Heads Up! is available for 99 cents for the iPhone and iPod touch. Additional mini-games can be purchased separately for 99 cents each.