Apple’s flying saucer-shaped Campus 2 building, an upcoming 2,800,000 square foot 4-story glass structure and home to 12,000 employees, is coming online in 2016. The building was originally planned for completion in 2015, but the project got pushed back until 2016.

The reason: the initial three billion dollar budget has ballooned to as much as five billion dollars because of Steve Jobs’s perfectionism. The company earlier in the month submitted revised plans. Published Wednesday, the documents reveal several previously unknown tidbits.

For starters, Apple employees working at Campus 2 will be able to enjoy unprecedented bike pathways and sidewalks depicted in a set of exquisitely rendered images…

Apple has submitted revised plans for the Apple Campus 2 project to the City of Cupertino in April 2013. 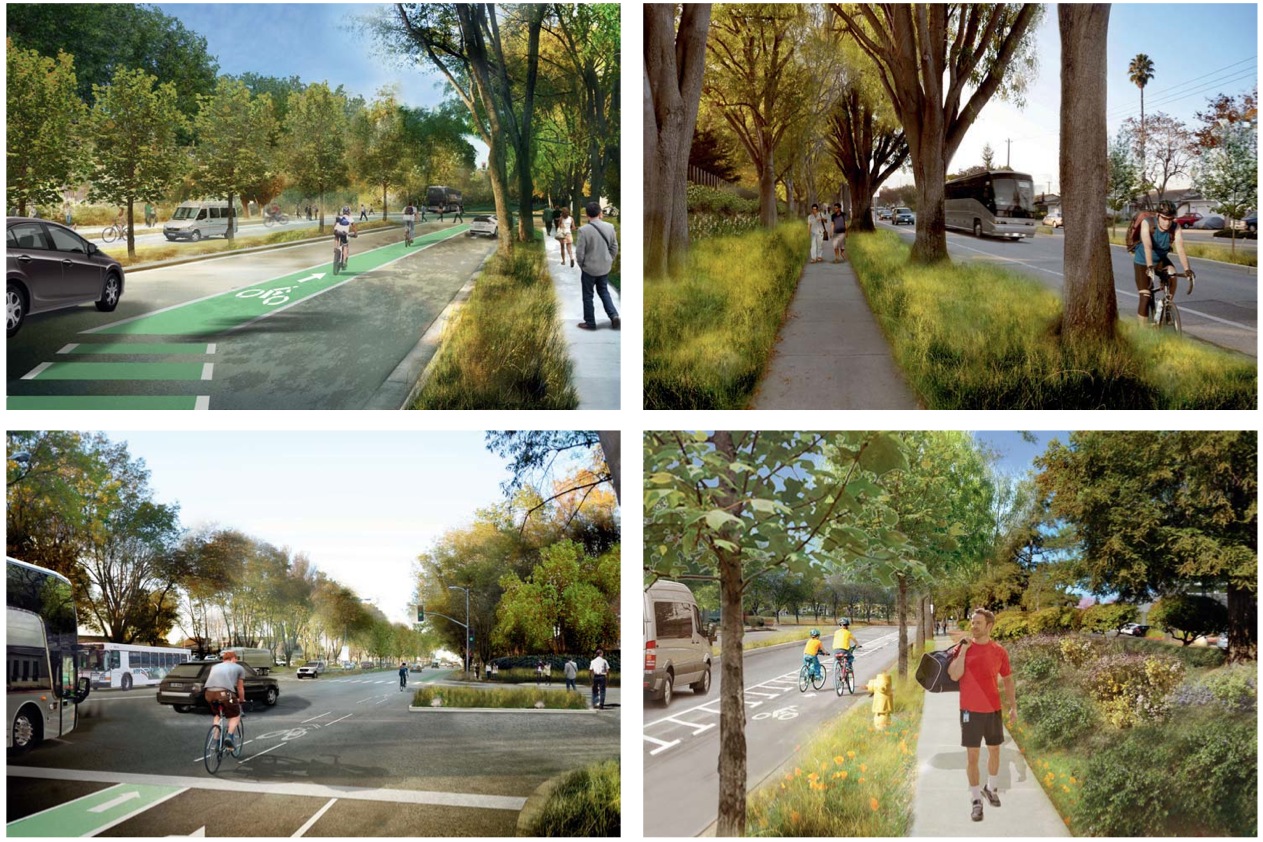 On top of the additions of bike pathways and sidewalks, Apple has also improved parking access. And if the accompanying renders are anything to go by, the environment surrounding the complex should look prettier than previously imagined.

The original ‘Tantau Development’ project called for a 600,000 square foot area of office buildings, satellite plants and research and development facilities in two phases, but Apple is now seeking to construct that entire area after the main campus is completed in order keep budget under control.

Here are a few more renderings.

Apple says that even though the size of the office and research and development floor area has increased by as much as twenty percent, “the efficient use of the main site will result in almost tripling the landscaped area.”

Hands up who’d want to work at a workplace like this?