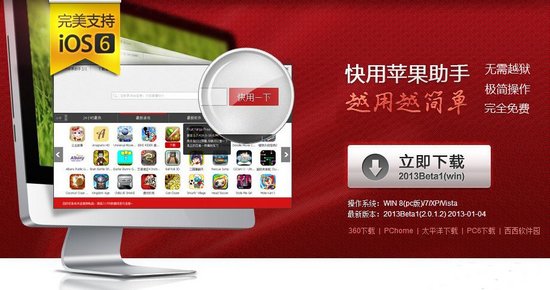 It wasn’t long ago that Apple was being labeled a pirate in China. Now comes word of a pirate version of Apple’s App Store, selling iOS apps that let iPhone or iPad owners skirt iTunes and install apps, no jailbreak required. However, there’s one major catch: the website is available only within China, likely to dissuade Apple lawyers coming down like a ton of bricks.

Ironically, the service is called KuaiYong, which means “use quickly” in Chinese. We’re unsure whether this refers to ease of use or “hurry before we are shut down.” …

According to Hong Kong-based MIC Gadget, Kuai has basically taken bulk licenses used by companies, then acts like a copier, spitting out duplicate after duplicate of the app along with the same ID. Trouble is, along with the free iOS app may come some nasty malware.

“Specialized malware could be developed for certain popular apps that collected information and logged activity on to the device. The Android eco-systems in China are working in this way,” according to the site. Wednesday, antivirus firm McAffee said more than 90 percent of malware targets Android devices.

Although the piracy-fueled iTunes alternative is not available outside of China, that could change. An international version in English is in the works – but only for Windows users, claims MIC Gadget. Naturally pirates would chose a platform beset by security errors, worms and other nasties.

But one has to hand it to these Chinese pirates for displaying moxie. Who else would rip-off Apple, then explain they were helping all the Chinese users incapable of understanding the complexities of iTunes? Besides that, the pirates even claim ripping off Apple and iOS developers has lessened the amount of jailbroken iOS apps. Naturally, this is like me saying I stole your car, thus reducing future car thefts.

Anyone want to guess how long these guys can continue? I already hear the pitter-patter of lawyers’ feet.