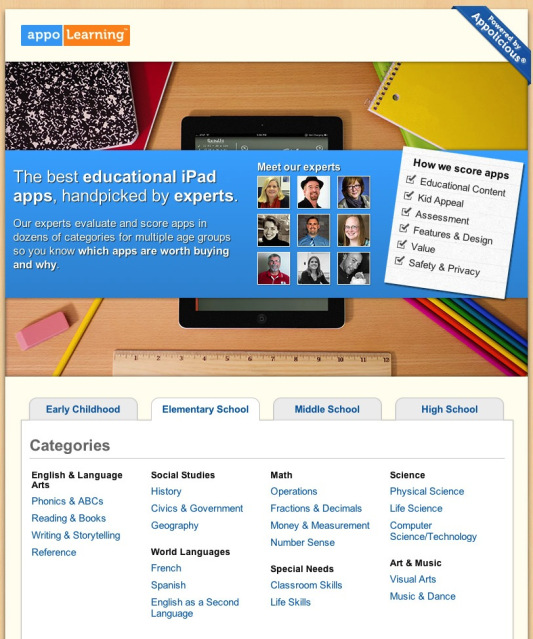 In light of Apple’s recent ban on discovery apps, a new portal hopes to do an end-run around the whole controversy. Appolicious launched Monday appoLearning, a web site where educational experts recommend iOS apps for K-12. Although it touts use of educational experts to make recommendations on dozens of educational app categories, appoLearning offers a spot for paid endorsements. Still, the founder of Appolicious claims his app recommendation service will be a boon for Apple…

“We’ve talked to a lot of app developers in education, and they are frustrated because it’s really hard for their apps to be discovered right now unless they are popular,” Alan Warms tells TechCrunch.

Should Apple be worried the service is skirting its rule against discovery apps?

“This service, if it’s successful as we hope it’s going to be, is going to be great news for Apple also because it’s good for their ecosystem,” Warms answered.

The appoLearning site has broken down the amorphous ‘educational’ app search into 84 categories, such as ‘reading,’ ‘number sense’ and ‘speaking and listening.’

These categories are further broken down by learning groups, like Childhood, Elementary, Middle and High School. 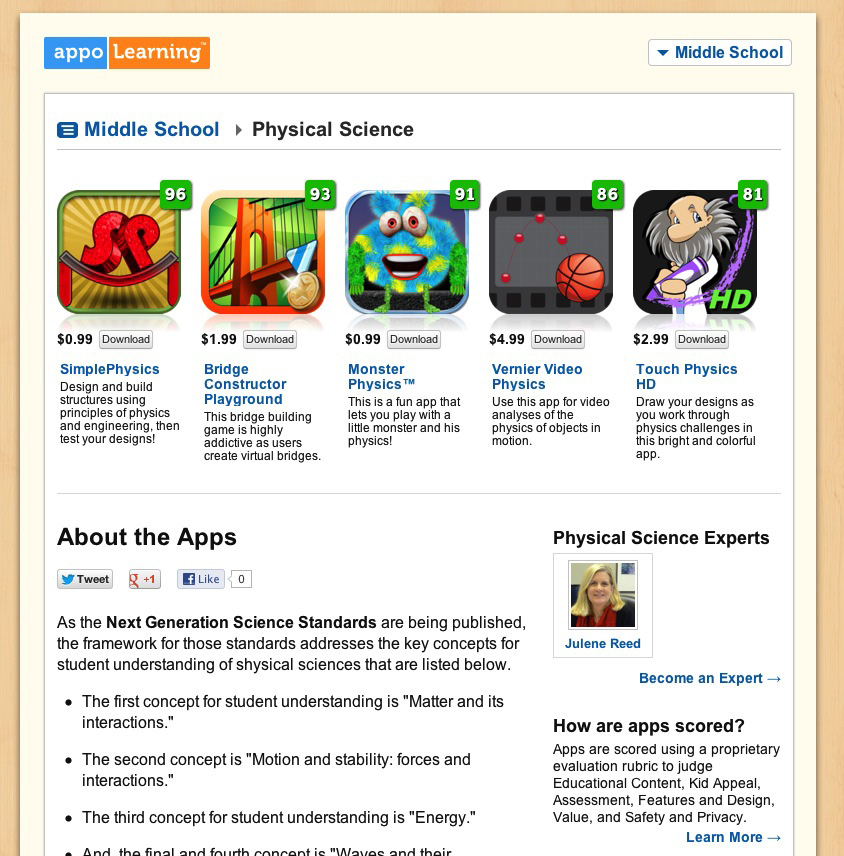 As a parent and grandparent, such a service would be invaluable for those looking for apps that actually teach children skills, even if it also creates a number of questions for Apple and the future of the App Store as a resource for consumers.

Although the appoLearning service stresses its use of educational experts to vet the chosen apps, the top five educational apps displayed in each category are still chosen by paid contributors who rank the apps based on educational goals.

Additionally, while the first five chosen apps are picked for educational suitability, a sixth app (labelled as such) is there because an advertiser paid $250 per week, according to TechCrunch.

That very aspect – a quid-pro-quo between advertiser and discovery app – is what got AppGratis in hot water. Appolicious’ Warms said his company intends to create other vertical app discovery sites beyond education.

If such services proliferate, will the App Store’s power to rank apps be diluted, turning the site into just storage space for apps recommended elsewhere?