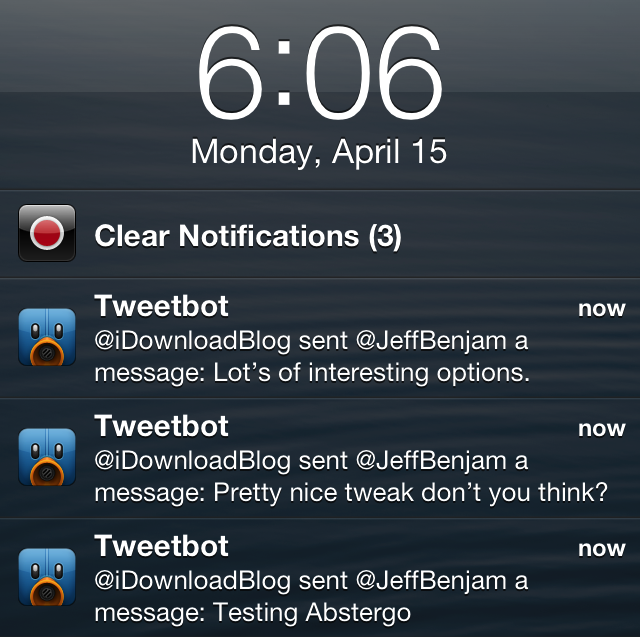 It’s been a very long time in the making, but the release of Abstergo is almost upon us. Abstergo, as you may remember, has been talked about and worked on for over a year. It is the concept and creation of Andrew Richardson and Joshua Tucker, and it promises to make managing your notifications better on iOS.

Needless to say, lots and lots of time has been invested into nearly every aspect of the tweak. Tucker, in a candid discussion with him via Twitter, stated that the pair worked hard on one particular portion of the tweak — the ability to add notifications back to the Lock screen — for a couple of weeks.

With its release a mere six days away, Abstergo is shaping up to be a tweak that has been well worth waiting for. I believe it truly will lend a better ability to managing iOS notifications. It’s one of those tweaks that’s a bit difficult to explain how it can help you without seeing it in action for yourself. For that reason, we’ve hit the video lab to give you an in-depth hands-on demonstration of the tweak’s most intimate functions. Take a look past the break for the full scoop. 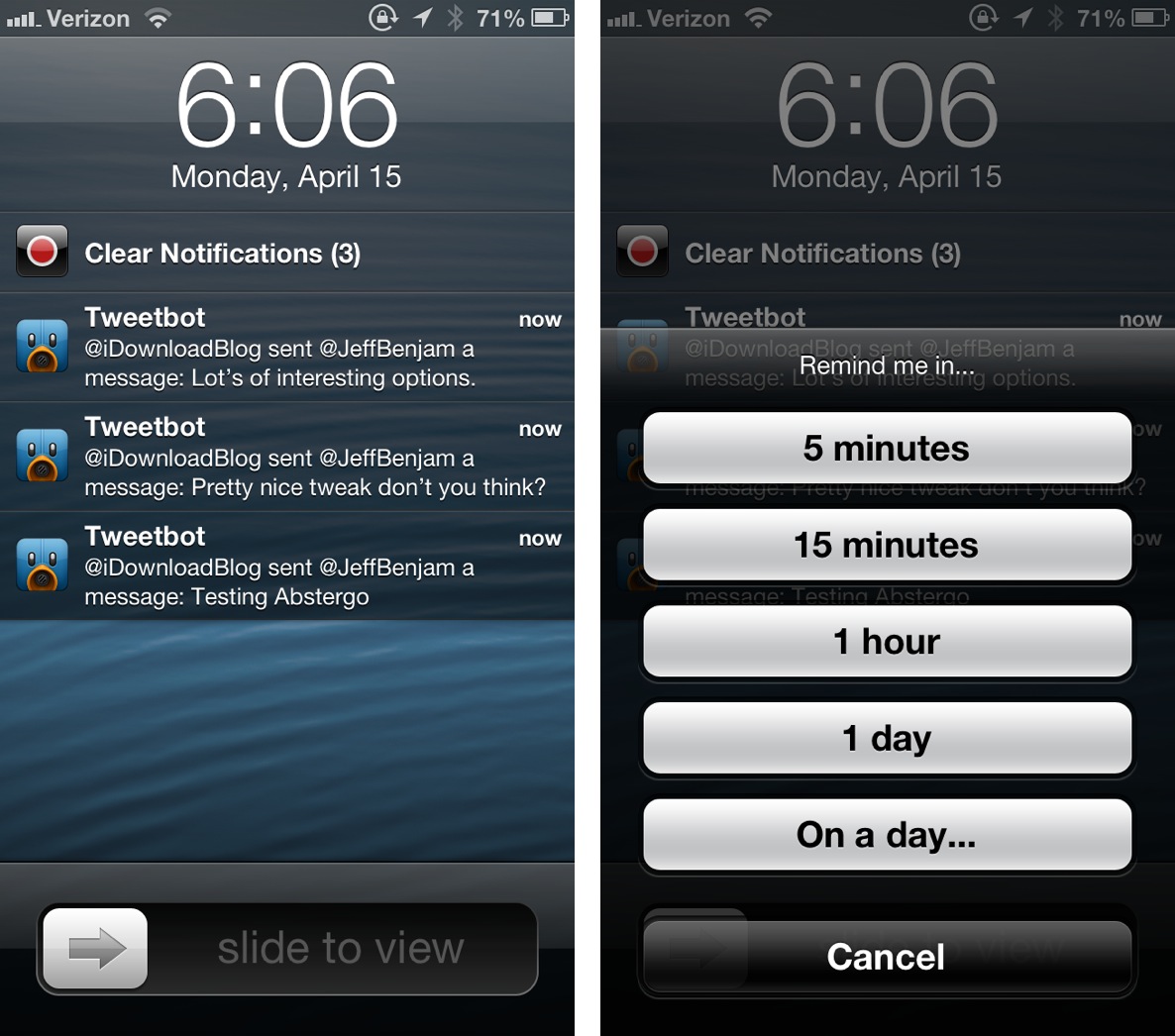 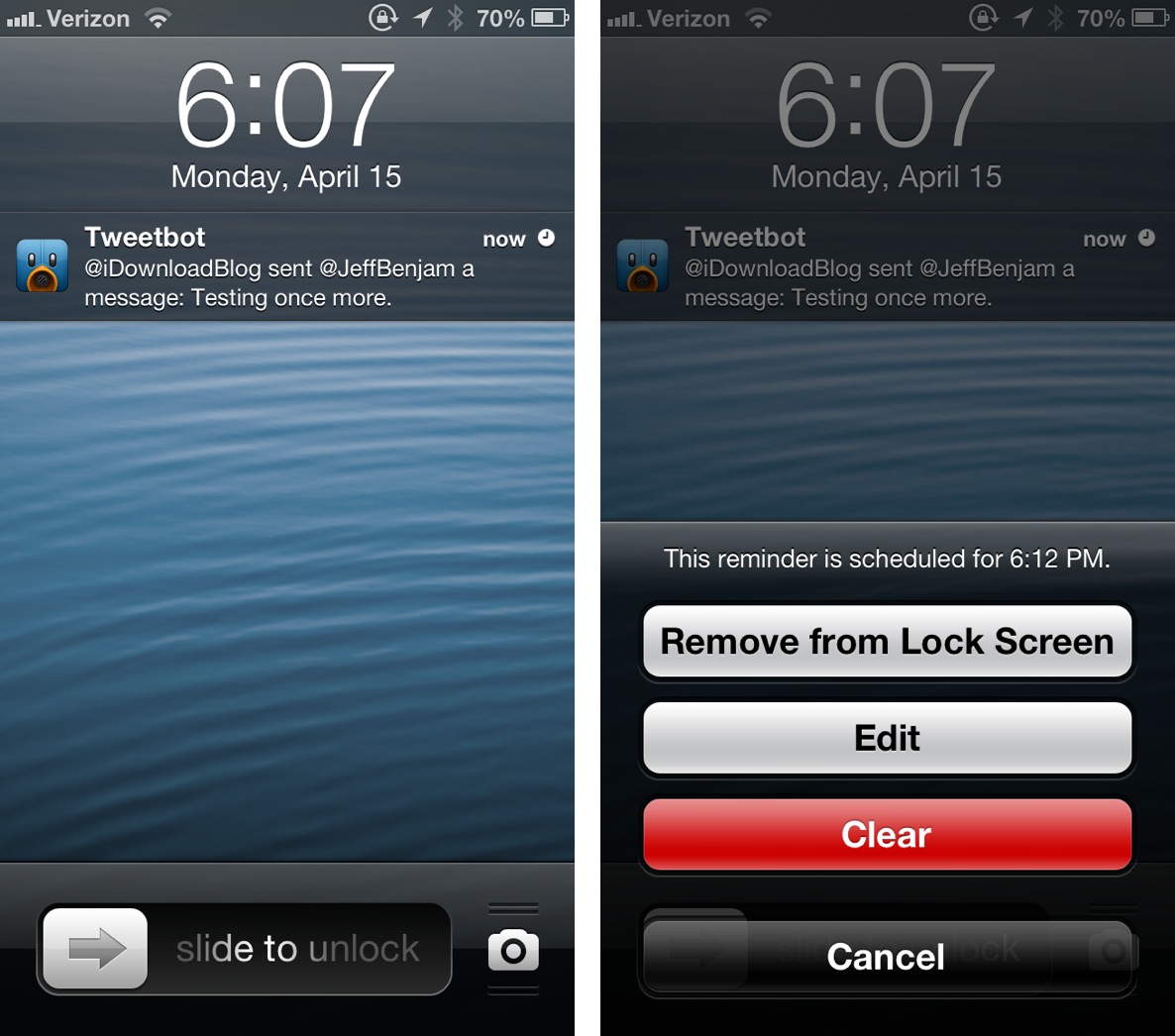 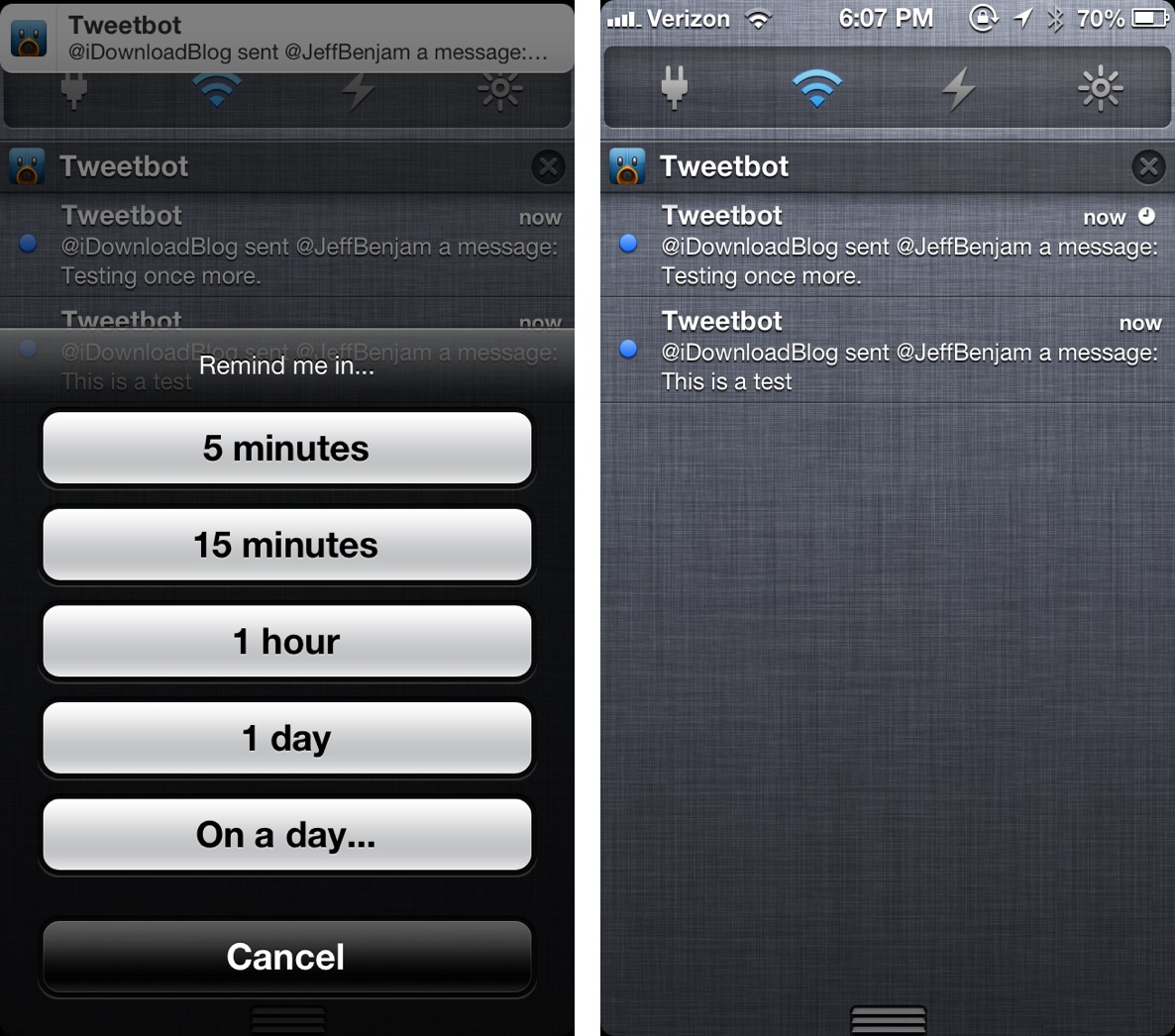 For those of you who feel that iOS’ notifications lack the flexibility that they should, you’ll be especially happy with Abstergo. In the famous words of Mr. Sam Cooke, It’s been a long time coming, but I know a change gonna come. Well folks, as far as notifications on iOS go, that change is almost here. On April 21st, you’ll be able to purchase Abstergo from Cydia for $1.99. Hit me up in the comments section.