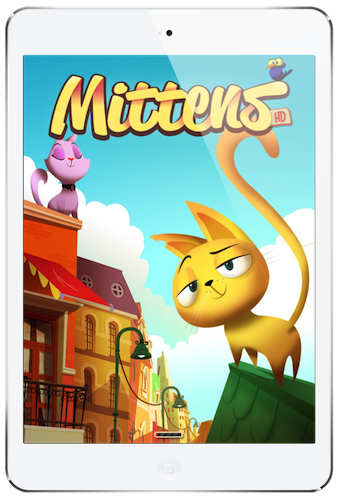 Disney made quite the name for themselves in the iOS app world with hit titles like Where’s My Water?, Where’s My Perry?, and more recently Monsters, Inc. Run. Christian previously mentioned Disney’s new physics puzzler Mittens would be a good one to keep your eye on. After spending a bit of my weekend with my new favorite feline friend, alley cat Mittens, I am happy to report that Disney has done it again.

The physics based puzzler is everything I have come to expect from my preferred iOS games. I’m not one to sit on the couch and plow through games on my iPad mini, but I do really like the pick up and play nature of this particular genre. It seems Disney may be perfecting this style game as it continues to develop quick, fun, and pleasing games anyone can immediately play with a small learning curve…

In traditional iOS platformer style, the game is broken into multiple parent groups, in this case, Milktown, Baloon Land, and Mouse Cave. Each area contains 2o levels and four bonus levels, which unlock depending on your performance in specific areas. Naturally, to progress, collecting diamonds along the way unlocks subsequent challenges.

The graphics are cartoonish, yet refined. Think SPY mouse, which I may recall simply because of its cat and mouse reference. The cat meme is strong with this one. 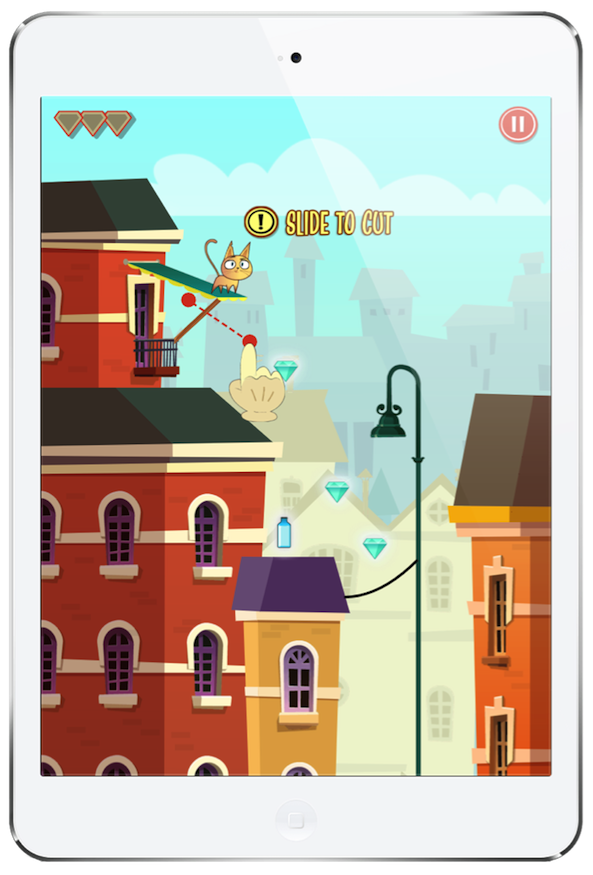 Rated ages 9+, this game will not be suitable for younger, unsupervised gamers, but still keeps the attention of adults. The added challenge comes from the physics based puzzles and multiple actions required to progress in more advanced areas.

Mittens cannot be walked, only interacted with based on several elements in each level. These elements range from cars to water spouts to helpful birds. The struggle in each level is against gravity and the need to fetch an item for your uptown cat lady-friend. 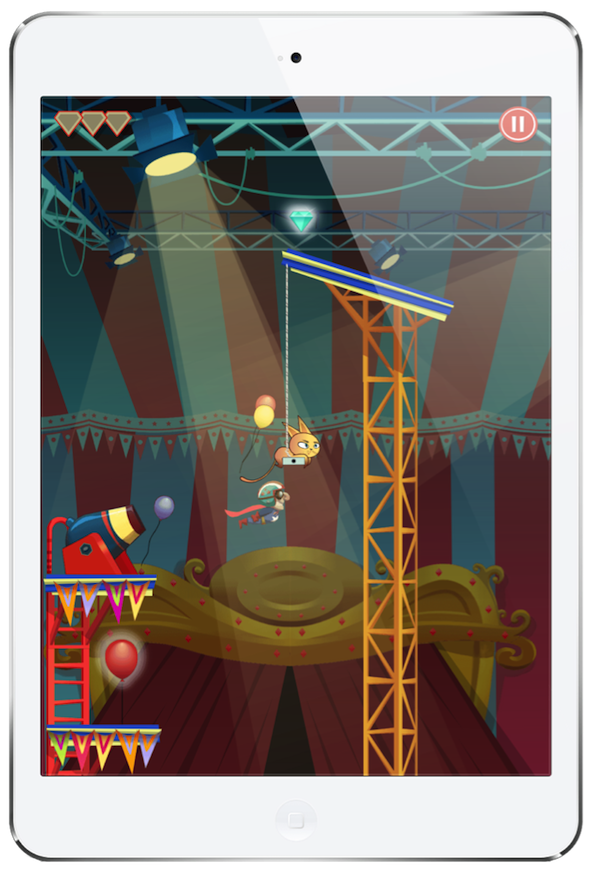 As expected, the first several levels are merely instructional in nature with little challenge for an adult gamer. However, before the end of Milktown, I found myself slowing down to prepare a plan of action, prior to making my first move. Contrary to Where’s My Water, the level is not scrollable by the user. If the level exists to the left/right or up/down from your current location, the camera point of view is fixed until Mittens moves in a particular direction.

Jumping from element to element is fast paced in the later levels and gives cause for some caution before simply plowing through. You will use various skills, gravity, and inertial based tricks to leap from swinging ropes and accurately fire Mittens from cannons through flaming rings.

Mittens just released last week and to grab the app on both platforms, it will cost you a little extra. I purchased Mittens HD for $1.99 and shied away from dropping another $0.99 for the iPhone version. Naturally, once you complete the included levels, there is an IAP option to add more or simply sit tight, waiting for the next big update.

I want to take a moment and thank Disney for including iCloud sync in their release version. Many app devs seem to be rushing their app release and do not bother with this support in their 1.0. Mittens comes ready out-of-the-box to share progress through iCloud, which is a welcomed surprise.

Overall, expect the same quality and commitment from Disney on this game as you have come to expect. After spending a solid hour Sunday playing through most of the game, you can bet I will pick it up quickly tomorrow. I just wish they would release a Star Wars game, now that they own the franchise!

Are you a big fan of physics platform puzzlers or is it a worn out genre?