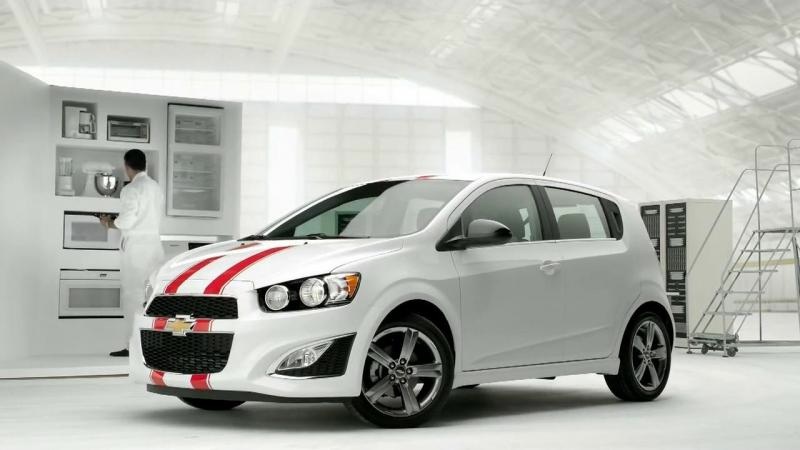 Last month, we told you that Chevy started offering Siri Eyes Free in its 2013 Sonic and Spark models, officially making it the first automaker, out of the 9+ that will support it, to incorporate the feature into a production vehicle.

Today, the car company posted a new TV ad for its 2013 Sonic sedan showcasing the new Siri integration, which gives compatible users hands-free access to the digital assistant from a built-in button on the car’s steering wheel…

Apple introduced Siri Eyes Free, a feature that allows qualified iPhone users to interact with Siri over Bluetooth using stock vehicle controls, during its WWDC keynote last summer. The feature is available for Siri-enabled iPhones on iOS 6 or higher.

Using the feature, drivers can use voice commands to perform a number of functions including placing hands-free phone calls, playing songs from the iPod app, and listening to and composing Messages, all while keeping their eyes on the road.

Other companies that plan to add support for Eyes free include Audi, BMW, Toyota, Honda, Land Rover, Hyundai, Mercedes-Benz, and Jaguar. And notably, Apple has been seen talking to Ferrari about further in-car entertainment plans.

What’d you think of the commercial?