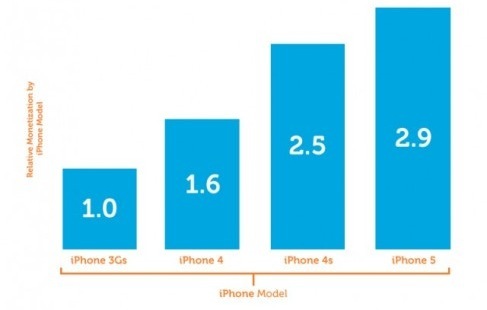 We ran across an interesting yardstick when measuring how much mobile consumers will spend on in-app purchases: screen quality. No, we’re not talking about whether your phone’s screen is too covered with smudges and grime to see the “buy” button. Turns out, in-app purchases could be ten times as much, depending on the device screen.

Per one app firm, the connection between screen quality and in-app revenue is most evident with Android handsets, but is totally absent with iPad users…

The findings followed a study by PocketGems (via AllThingsD) comparing iPhones, iPad tablets and Android smartphones with how much users were buying within game apps.

In the case of Apple, the iPhone 5 earned almost 4 times that of older iPhone 3GS models.

Why the large disparity between Android and iOS? 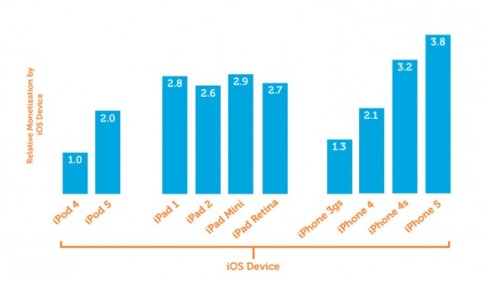 Tracking purchase levels based on display quality is a good way to determine a device’s processing power providing a better gaming experience, the company said. However, there is a difference between handsets and tablets in terms of update frequency.

Consumers who can afford a two-year contract while updating their phone every couple of years also likely have the money to spend on in-app purchases.

For Wi-Fi-only tablet owners there is not the same sense of urgency. For instance, owners of the original 2010 iPad seem to make the same number of purchases as owners of the latest Apple tablet. 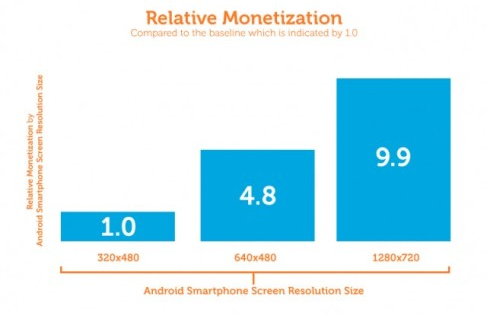 AllThingsD noted an interesting twist on the screen versus in-app purchasing: the first iPad and the iPad nano make more purchases than the newest iPad, despite the latest Apple tablet having a better screen.

I’m curious: how often do you buy additional in-app content in games?