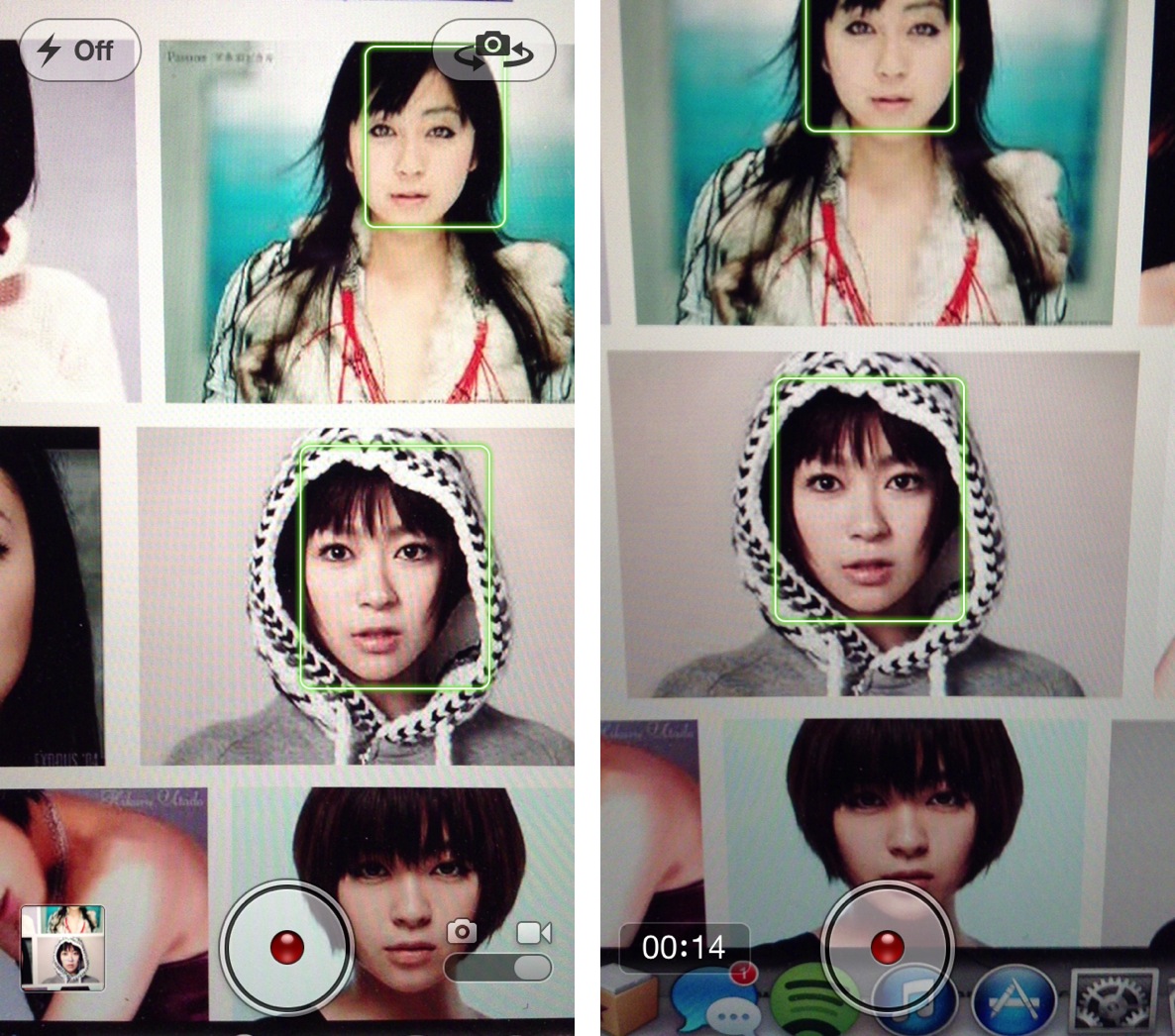 Face detection is a feature that allows the iPhone’s iSight camera to focus on the most prominent face in the frame, balancing the camera’s exposure across up to 10 faces. It’s a feature that works well with the iPhone’s still camera, and it also works for shooting video.

The only problem with video, is that the face detection only works prior to the actual filming. That means that you can detect faces before tapping the shutter button while in video mode, but not afterwards. FaceDetectionDuringVideo is a tweak that eliminates that restriction. In other words, it allows you to detect faces in the middle of shooting a video.

The screenshot above showcases the results of FaceDetectionDuringVideo. On the left is a screenshot of the iPhone in video mode prior to filming. On the right, is an example of the tweak in action — an in progress video with face detection enabled.

FaceDetectionDuringVideo is a tweak that you should try if you shoot a lot of video with groups of people. It works on the iPod touch 5G, iPhone 4S, iPhone 5, iPad 4, and the iPad mini. You’ll find it for free download on Cydia’s BigBoss repo. Go get it, and let me know what you think about it in the comments below.