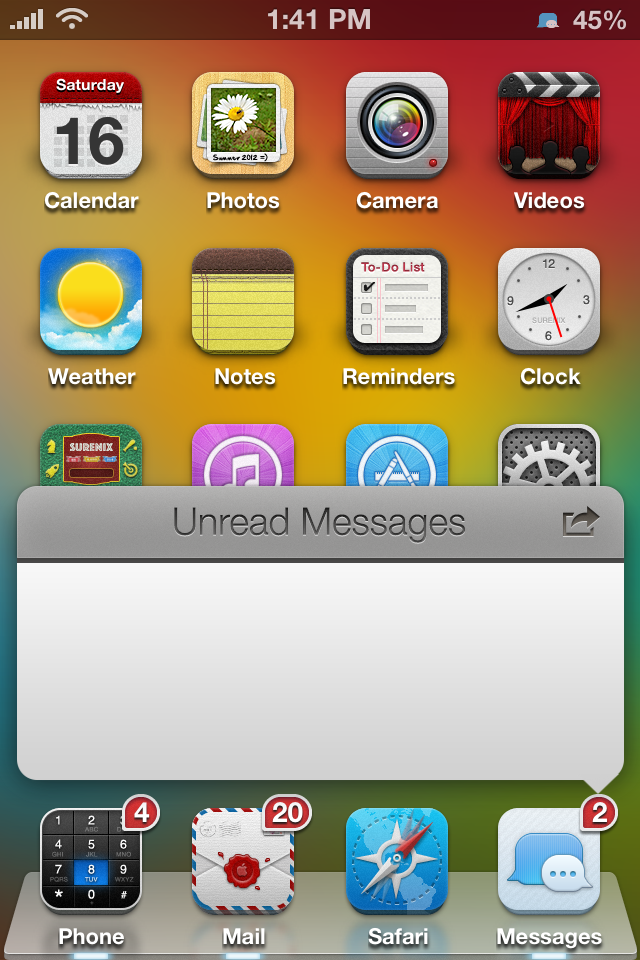 Wouldn’t it be cool if you could tap an app badge and be given a synopsis of the app’s awaiting notifications? That’s the premise behind BadgerTweak, an upcoming endeavor that allows “…users to view notifications by tapping the app’s notification badge on the SpringBoard.”

According to the tweak’s official Twitter account, it’s coming soon to Cydia, and will work with more than just the Messages app. Although the tweak is still in development, the team behind it has apparently made a few strides in the developmental process as of late.

The screenshot looks awesome enough, but it’ll be interesting to see if these guys can pull this off. I, for one, certainly hope they can. What about you? Does BadgerTweak look like something you’d be interested in seeing come to fruition?