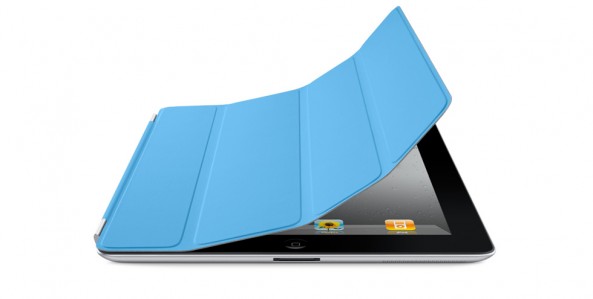 Apple seems to be working on a way to simplify the chore or recharging all of your iDevices. A new patent granted to the iPad and iPhone maker describes a Smart Cover that also recharges the device using induction. The patent, entitled “Integrated inductive charging in protective cover”, brings the convenience of a charging mat to the Smart Cover now used to protect your iPad screen.

Meanwhile, the inductive technology could eliminate the tangle of wires now required to keep your iPhone, iPad, iPod and whatever other devices Apple has in the pipeline charged…

Inductive charging works by electricity moving from a flat plat into the device using induction. Usually, such inductive chargers are stand-alone products and relatively expensive compared to plugging your iDevice into the wall socket.

As Macworld UK explains, there are two basic ways the Smart Cover could recharge your iPad. 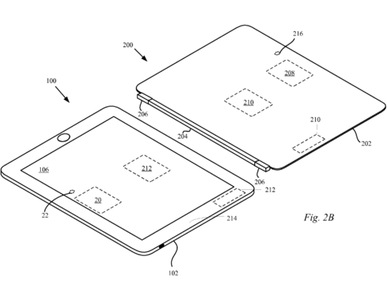 The first method would take sips of power from your plugged-in iPad, storing the electricity in a battery integrated into the Smart Cover. That power would then be returned to the iPad once you’re on the move. A second route could be plugging in the Smart Cover using Apple’s new Lightning connector, then charging the tablet.

The Smart Cover inductive charger would still work when it is being employed as a stand.

The whole idea of wireless charging of iDevices has been alive for years. Just recently, we reported on a resurgence of rumors centered on the next generation of iPhones.

Indeed, in 2012, the U.S. Patent and Trademark Office issued an inductive charging patent very similar to today’s. However, instead of the iPad’s Smart Cover, that patent involved the iPhone or iPod touch. Other wireless recharging chatter focused on MacBooks.

This latest idea of using the Smart Cover appears the most practical, given the iPad’s cover provides enough physical real estate to act as a collective inductive charging mat for all iDevices.