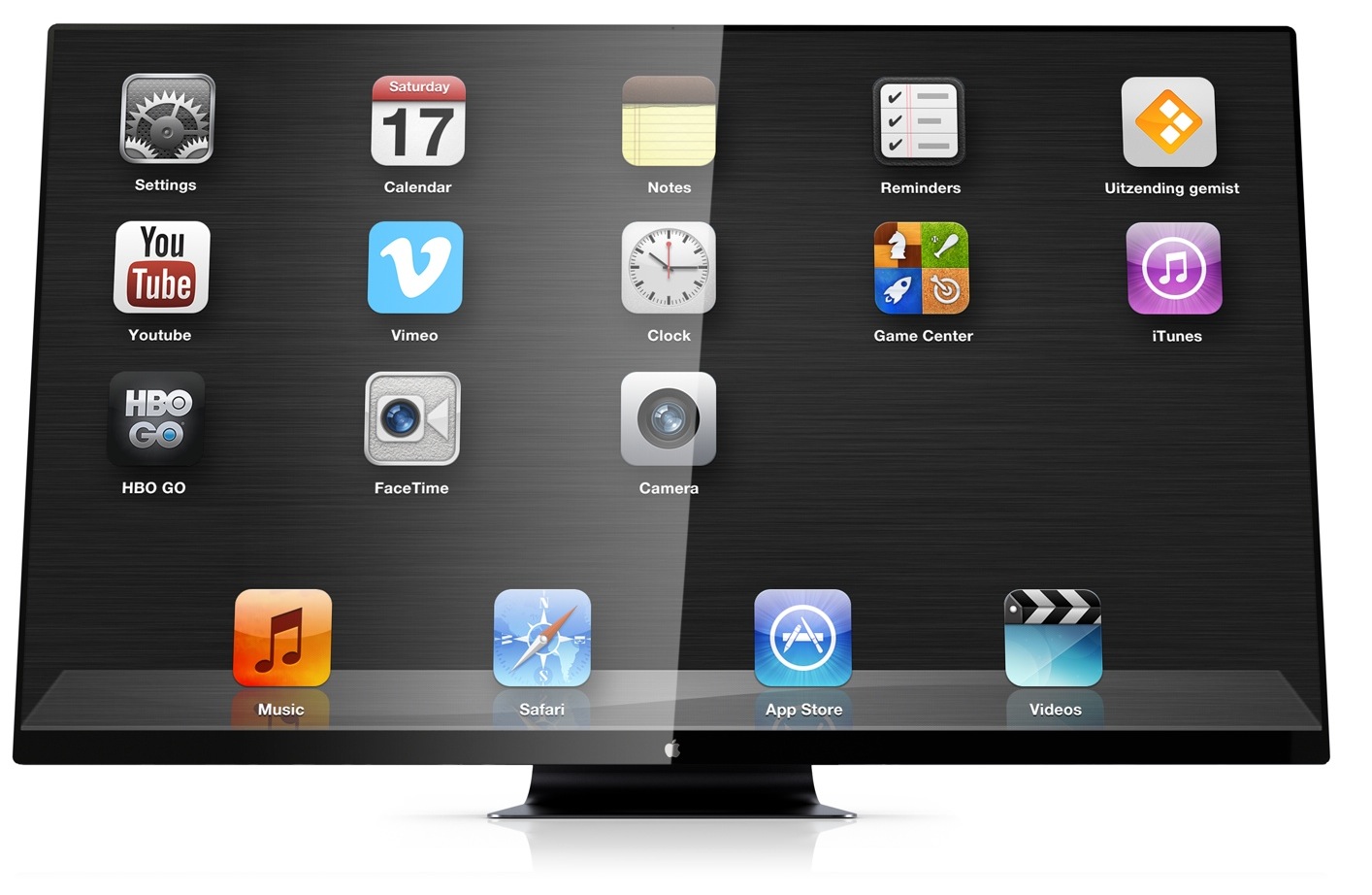 Resident Apple mockup artist Martin Hajek is on a roll lately. Just a day following his publication of the traditional iWatch concept which adorns the April 2013 cover of the MacUser magazine, he’s back at it with a new Apple television mockup that has Jony Ive written all over it. The beautiful renderings are based on the familiar iMac look and sport the sinister black design, with details reminiscent of the iPhone 5. Go past the fold for the full awesomeness…

Hajek created these mockups for the iCreate magazine from the Netherlands. Dutch readers can head over to iCreate’s web site for more tidbits on Martin’s design thinking.

Here’s a closeup of the front-facing FaceTime HD camera for video calling. It’s been rumored that Apple’s been looking to implement Kinect like gestures so additional onboard cameras to pick up the user’s infrared signature are quite easily possible. 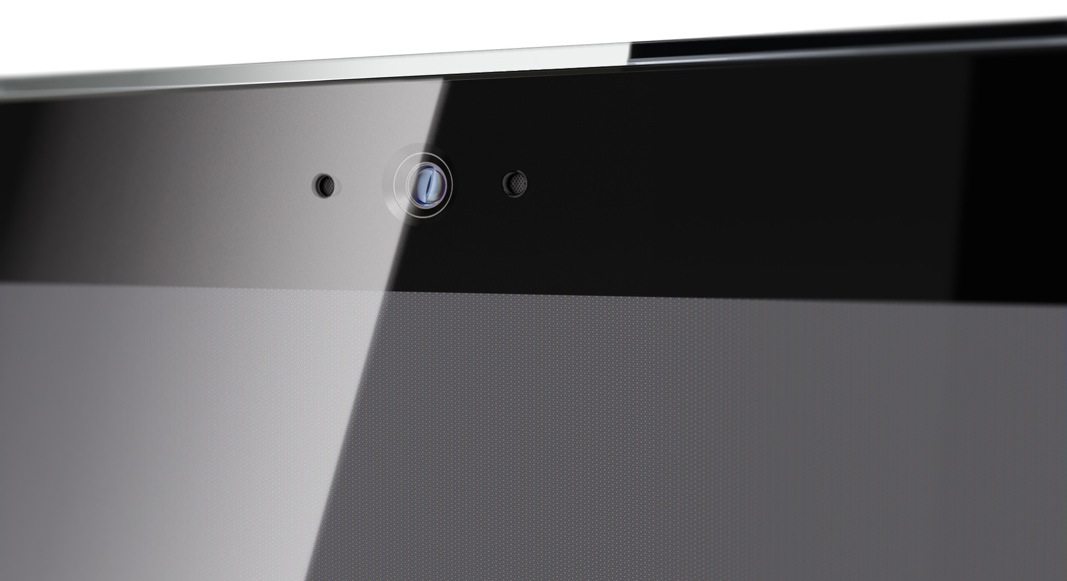 The power button is hidden on the back, in the upper right corner. 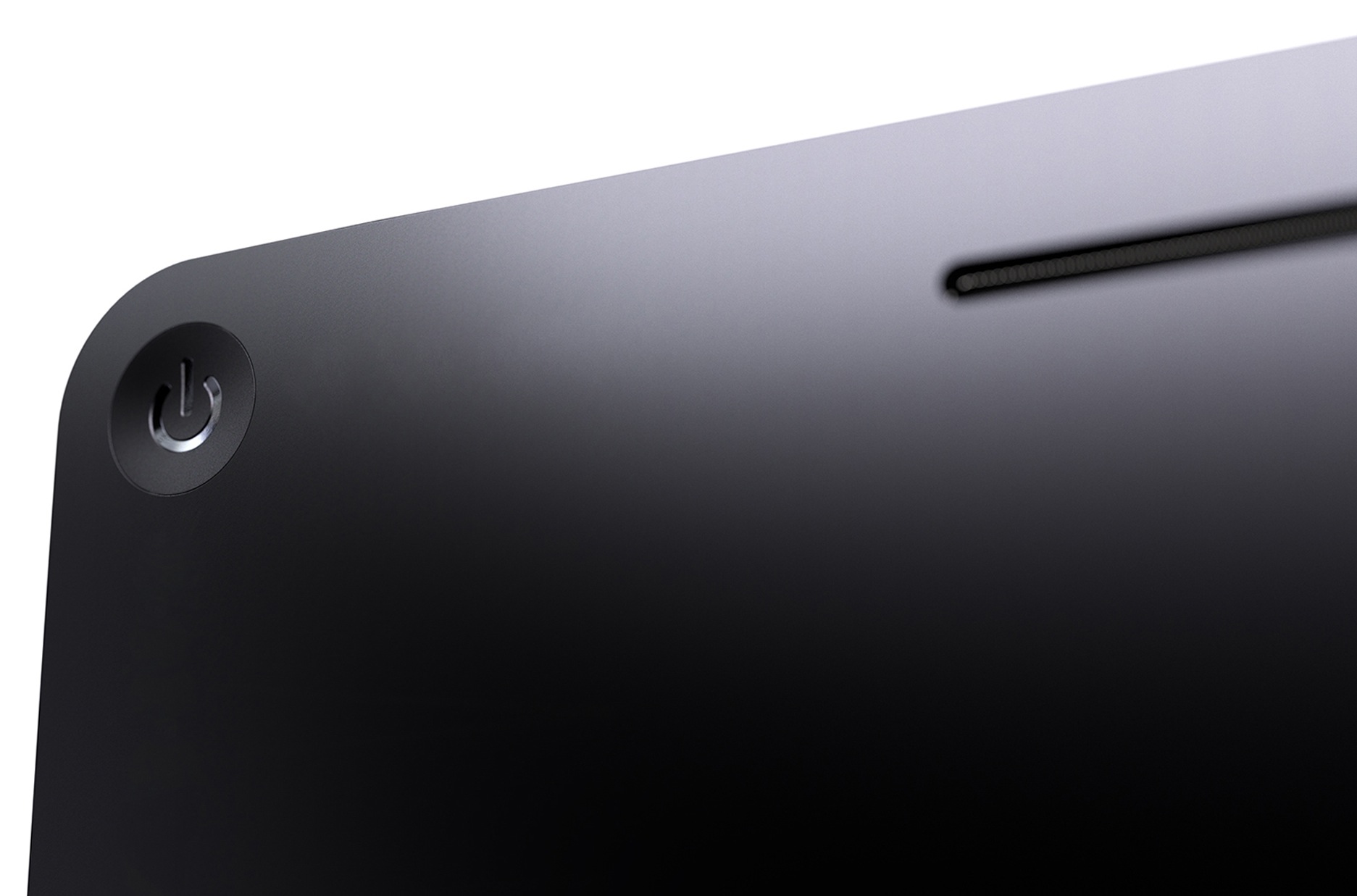 The all aluminum back features an iMac like hinge. 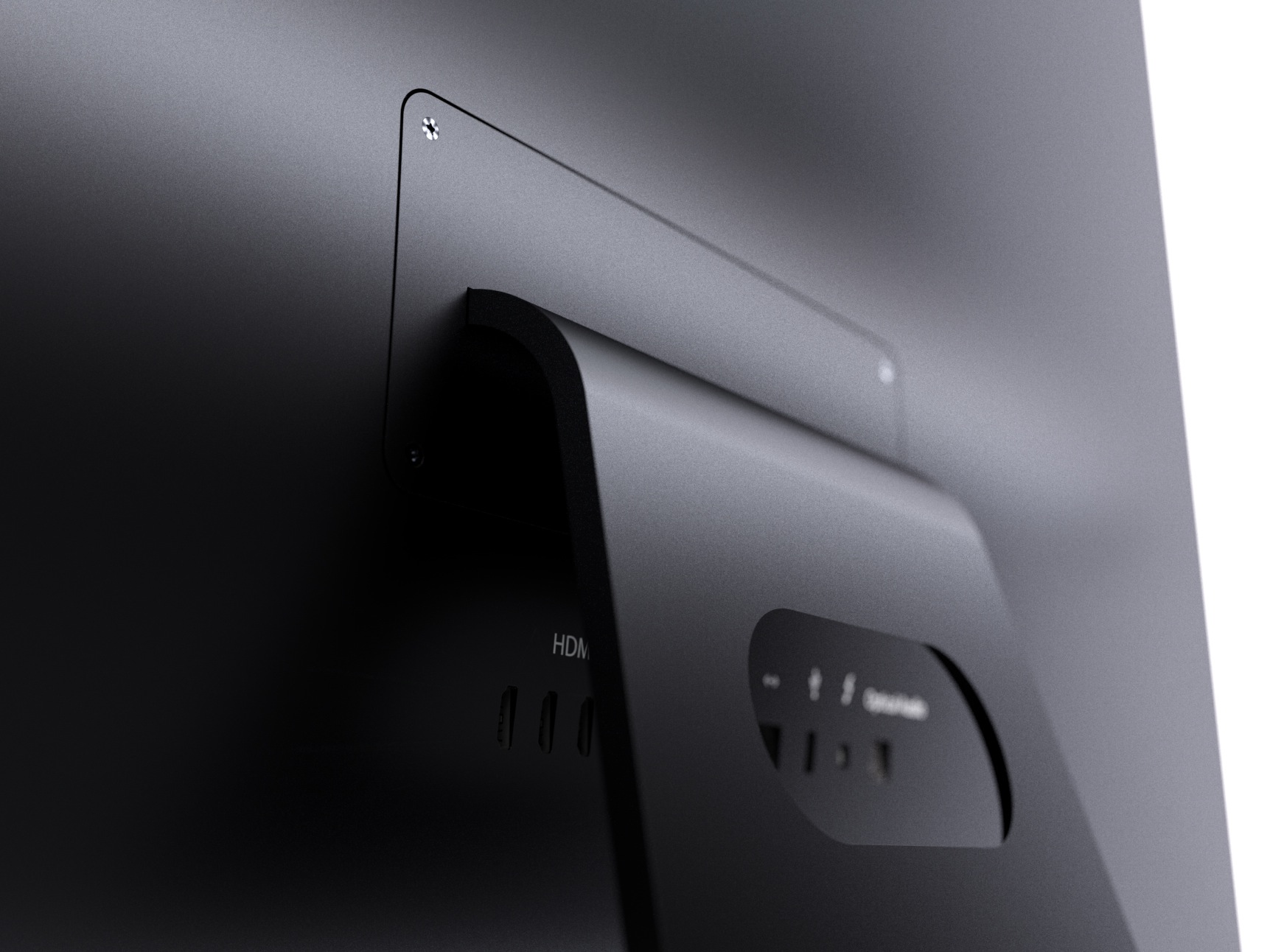 A close up of the back ports. Notice the industry standard HDMI port. 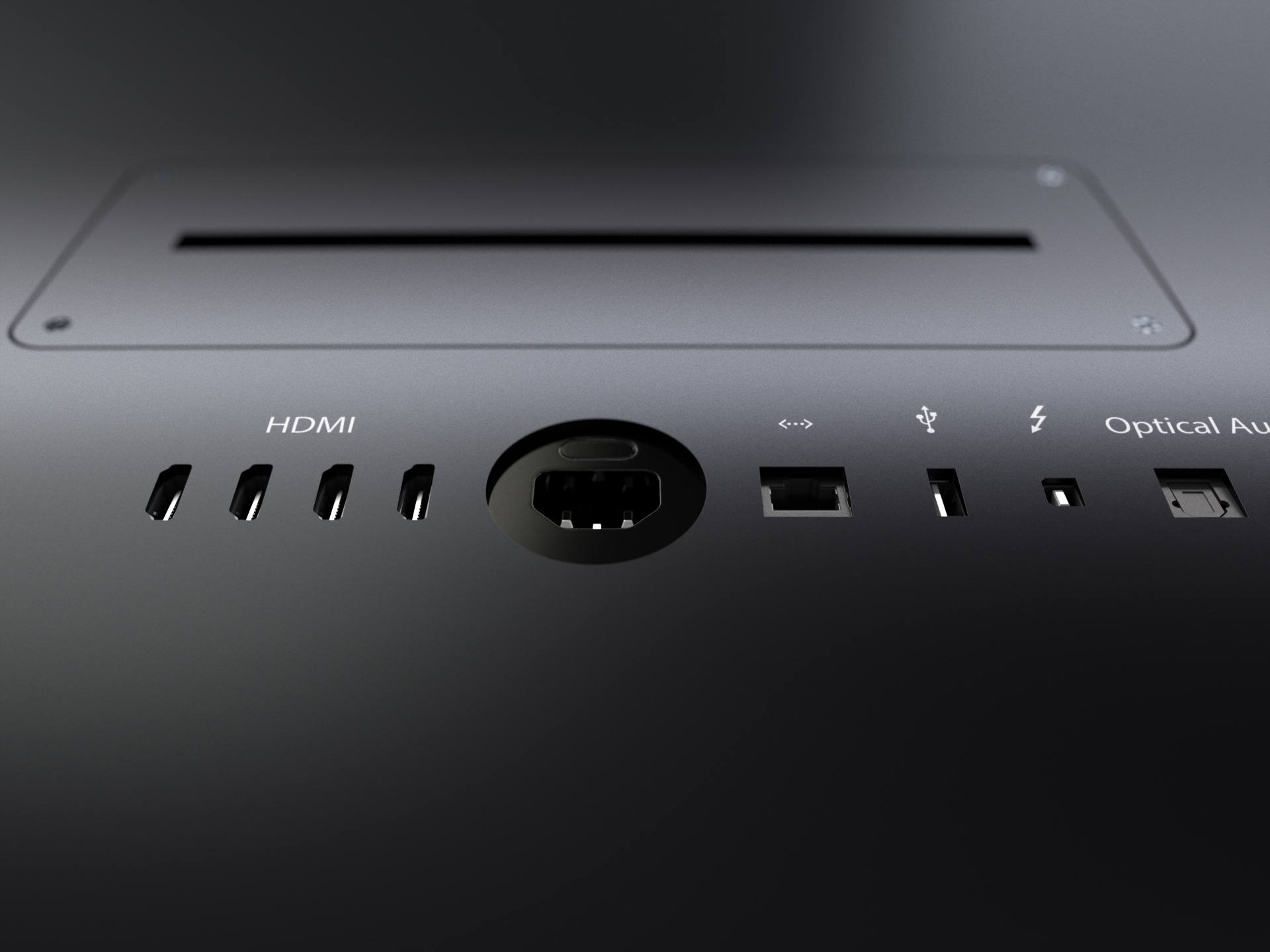 Another dramatic close up shot. 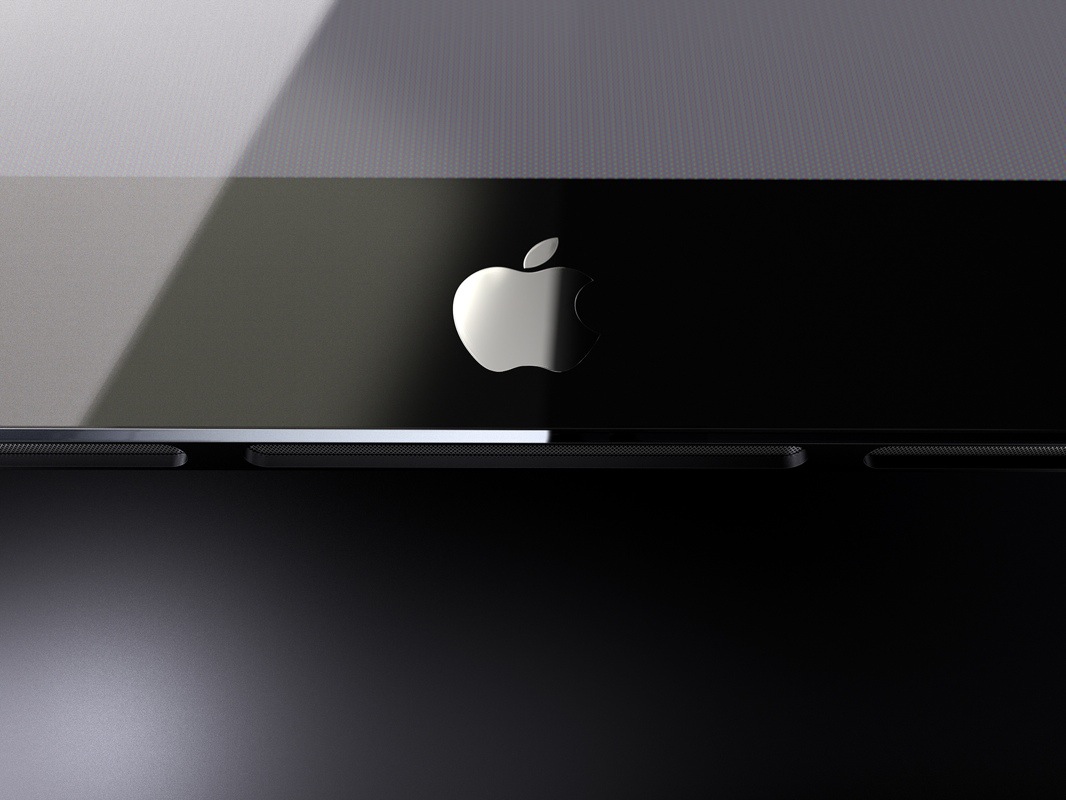 Do I see the chamfered edges here?

Such a sexy badass TV set is a fit for Darth Vader’s living room.

Wouldn’t you love to have such a sinister looking HD TV with the shiny Apple logo on it?