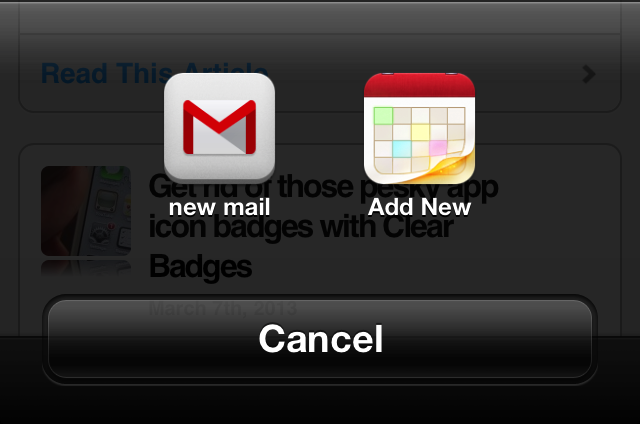 ActivityAction is a work in progress jailbreak tweak that serves as a plugin to Action Menu. Its purpose is to allow you to create custom actions for any app on your iDevice, which supports URL schemes.

A URL scheme is an essential way for iOS apps to communicate with other apps in iOS. Many apps feature URL schemes, though this isn’t something generally advertised as a major feature to the public.

ActivityAction allows you to create specific actions for any app that utilizes these schemes, making it a potentially powerful plugin for Action Menu. Want to see how it all works? Take a look inside for the full video walkthrough and explanation. 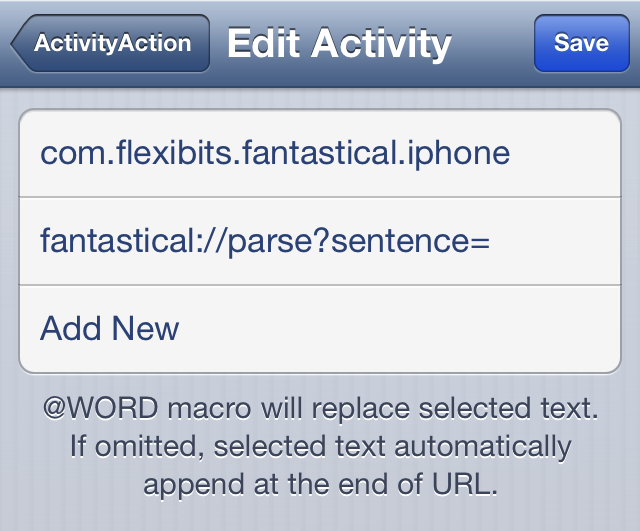 For example, Fantastical, my favorite calendar app for iOS uses a URL scheme. Its scheme allows you to easily add events to Fantastical using text input. The URL scheme for Fantastical is as follows: fantastical://parse?sentence=

Any text following after the ‘sentence=’ will be used by Fantastical for input to create a new event. Of course, as I mentioned, Fantastical is one of many different URL schemes available for a variety of different apps on iOS. You can experiment to find out what works best with you to help speed up your iOS workflow. A great source for that is Federico Viticci’s coverage over at Mac Stories if you’re into this sort of geekery.

Let me show you how this all works together with ActivityAction. I’ll create a simple action that allows us to create a new event within Fantastical using the URL scheme above. 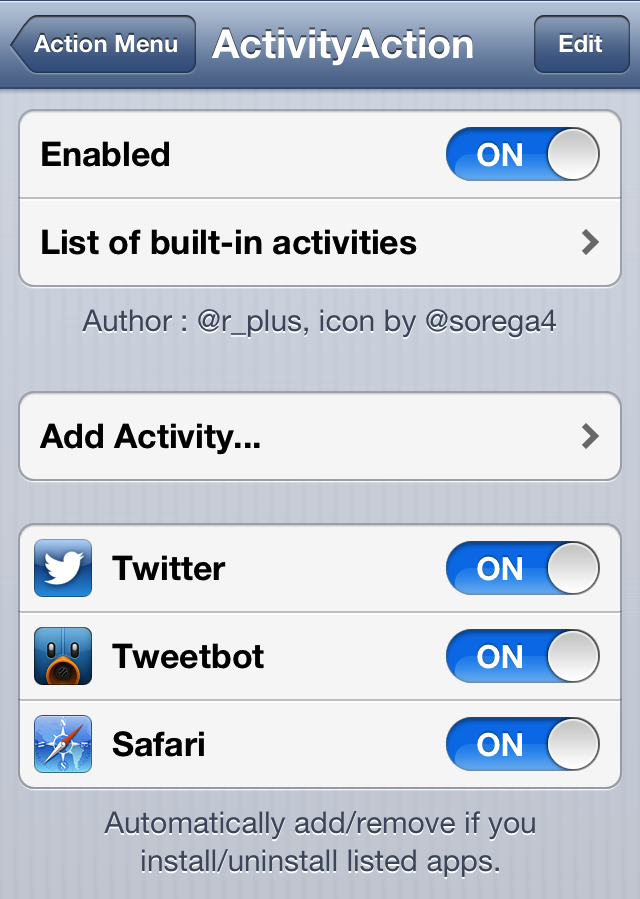 ActivityAction won’t be for everyone, but for power iOS users, or for users who use iOS as their main computer, it can be a powerful resource. I really haven’t even hit the tip of the iceberg as far as URL schemes are concerned. If you’re at all experienced with this iOS methodology, then you’re definitely going to want to check out this jailbreak tweak.

As of now, ActivityAction is still in a public beta. Developer, r_plus, released the tweak to his Twitter followers last night. If you’re interested in trying it for yourself, give him a follow on Twitter. Be sure to let me know what you think in the comments section below.