The tablet is taking an increasingly larger bite out of smartphones’ share of mobile content. Devices such as the iPad consumed a respectable eighteen percent of mobile traffic in 2012. By the end of this year, tablets are expected to hit nearly one-third of all mobile device traffic, cutting into the dominant position now held by iPhones and similar smartphones.

According to mobile ad network Jumptap, tablets will consume 29 percent of mobile traffic this year, lowering the percentage of content delivered to smartphones to 70 percent, a drop from 2012’s 78 percent…

While Jumptap says tablets with their wider screens will handle 29 percent of mobile traffic, market researchers IDC and Gartner are reporting tablets account for around ten percent of overall mobile device sales, TechCrunch points out Tuesday. 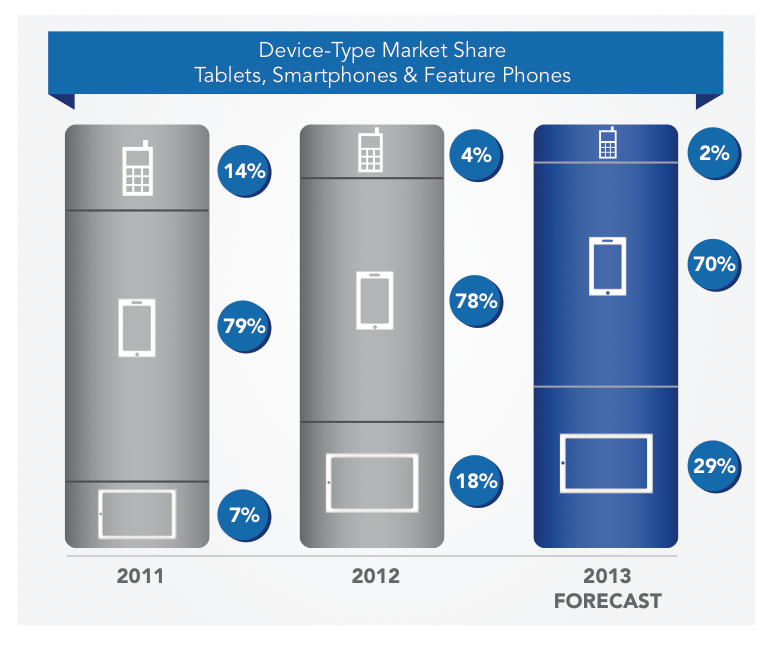 In the horse race between Android and iOS, the two mobile platforms appear to be running at full stride. According to the ad network, Android is not expected to lengthen its market share lead and Apple likely won’t catch Google – in terms of smartphone sales.

But if you put down your opera glasses and view the race with binoculars, you’d see the competition is almost neck-and-neck. 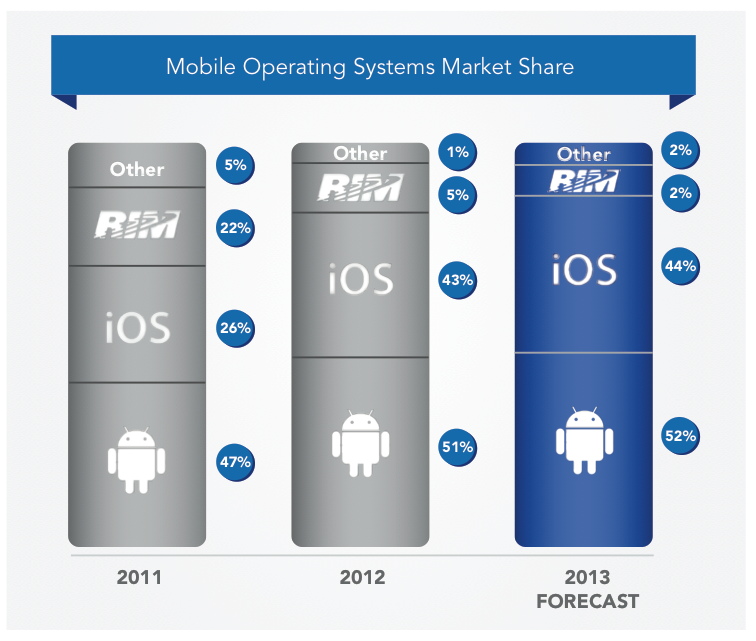 While Android maintains 70 percent of the smartphone sales and iOS lags behind with 20 percent, usage is an entirely different story: just an 8 percent gap exists when measuring which smartphone OS actually is detected online, according to Jumptap. 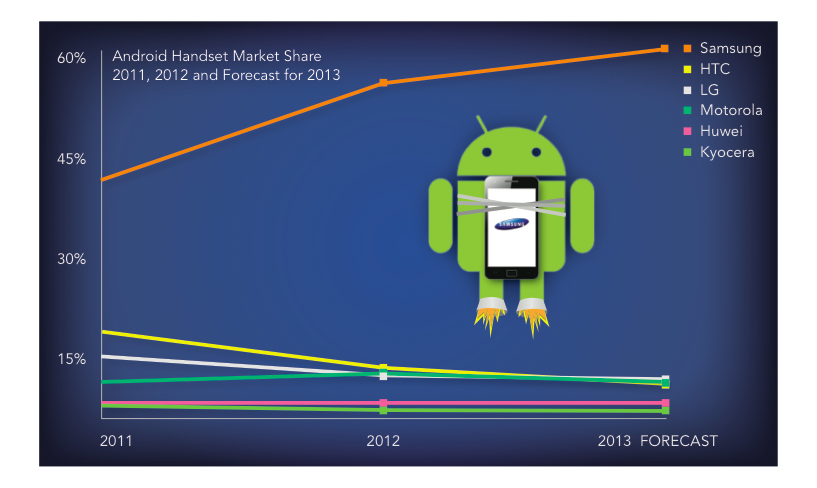 This only confirms our long-held belief that while plenty of Android smartphones are being purchased, a large portion of those devices are gathering dust while iPhones are in use.

Although there is a universe of potential Android players, the action is centered in one galaxy: Samsung. According to the ad network, the South Korean company accounted for 56 percent of Android traffic.

However, by the end of this year, more than 6 out of 10 Android connections will be from Samsung smartphones.

Advertisers looking to attract Android owners “should assume that more than 50 percent of their ads will appear on Samsung phones, unless they specifically target other devices,” Jumptap writes.