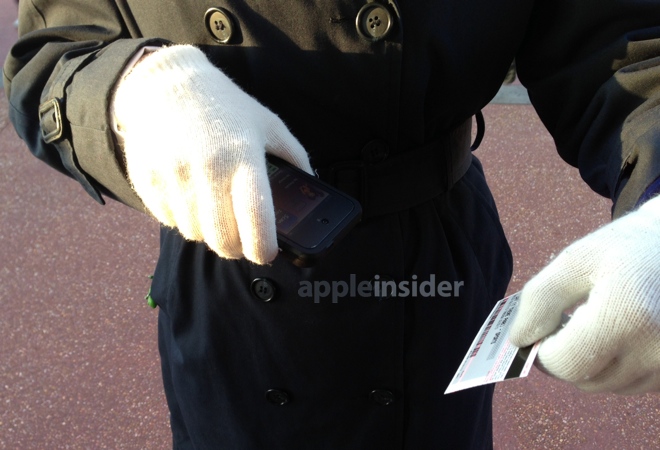 Walt Disney World is piloting a trial program which replaces the old turnstiles with something more in line with the 21st century: Apple’s iPod touch. The media player is being used at the Central Florida theme park as a friendly ticketing system as the resort’s costumed staff members use the device to scan the tickets of visitors as they arrive, a new report has it.

They are using a special accessory case and accompanying software similarly to how Apple Store employees have phased out the good ol’ cash register by using the iPod touch to scan people’s credit cards. A Disney representative warns the program is in its trial stage so the company may or may not deploy it on a large scale…

The new ticketing system means that a full family with two strollers and two adults can now go through at the same time — something that was impossible before.

Disney has plans to continue to roll out its iPod touch-driven ticketing system at other Central Florida parks, and potentially at its other destinations around the world.

However, the company told AppleInsider that because all of its parks are different, the program will not look exactly the same at each location.

The publication notes that the iPod touch system is actually part of Disney’s MyMagic+ initiative that strives to make Disney theme parks friendlier and more inviting through use of technology. 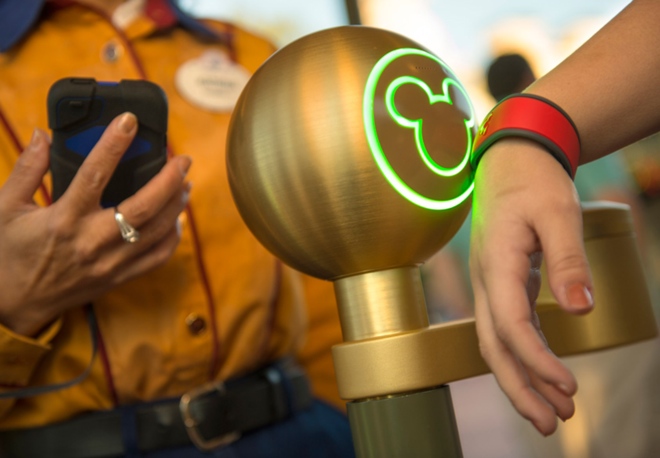 With 50 percent of the previous turnstiles at Disney’s parks already converted to use RFID, it is Disney’s intention to deploy wrist bands called the MagicBand, seen above, that will replace hotel keys, park passes, Fastpass cards and even provide a solution to authorize visitors’ credit card transactions.

It was reported last May that Walt Disney World was testing a Fastpass ride ticketing at the Magic Kingdom based on a custom app which lets visitors schedule their visiting times from the comfort of their couch, well in advance of the actual visit.

Upon arrival, guests would simply wand their RFID band by a sensor to interact with an iOS device operated by cast members. Disney also has the free My Disney Experience app for iPhone and iPad on the App Store which lets visitors view menus, book dining reservations, check out wait times at Disney Parks, Fastpass return times and more. 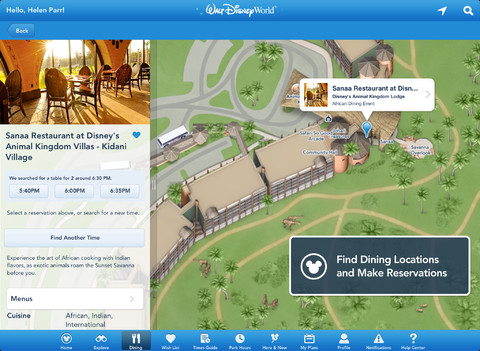 Disney’s support of Apple’s platform shouldn’t come as a surprise.

The Apple co-founder became the largest individual shareholder of the Mickey Mouse house after they had snapped up Pixar in a $7.4 billion deal in January 2006.