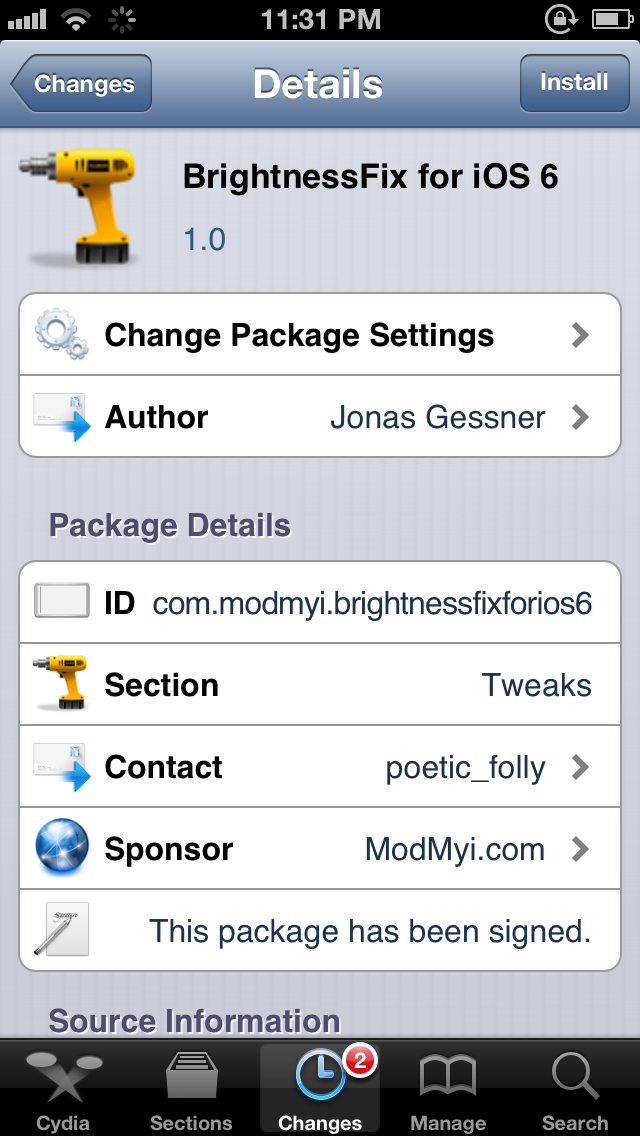 Have you ever noticed that your iPhone’s brightness drops all the way to the lowest level after a respring? If so, then you may want to try out this new jailbreak tweak, which fixes the problem.

According to BrightnessFix for iOS 6‘s package description in Cydia, the issue is caused when some jailbreak apps and tweaks respring by killing the SpringBoard, instead of backboardd. This issue happens on iOS 6 and higher. If a jailbreak tweak doesn’t implement this method of respring, then you will be susceptible to the brightness issue. Check inside for more details. 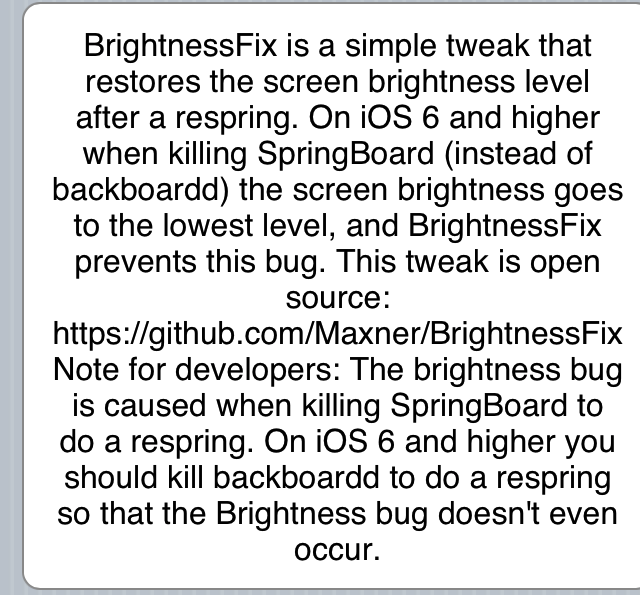 Most jailbreak apps and tweaks seemed to have remedied the problem, but there may be a few straglers left out there that have yet to address it. If you’re using a tweak that has yet to be updated, and the brightness dimming issue is annoying you, then try installing Brightness fix for iOS 6. It’s a free download on Cydia’s ModMyi repo, and it should make respringing a less tedious affair.

If you’re browsing this post via your iOS device, then you can click here to go straight over to Brightness fix for iOS 6’s Cydia page. Let me know if the fix worked for you.