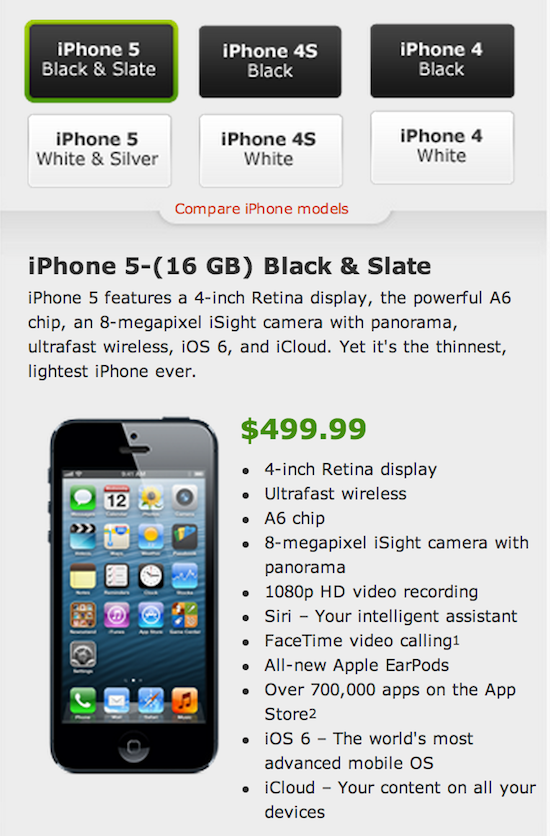 Leap Wireless, the US telecommunications company that owns and operates the regional carrier Cricket, just submitted a rather alarming filing with the the Securities and Exchange Commission (SEC).

It seems that Cricket is only on pace to sell through half of its first-year commitment with Apple, which goes to June, leaving it on the hook for some $100 million in remaining iPhone purchases…

“Leap provided an update on its iPhone sales in its 10-K and it was not good.“At our current purchase rate, we project that we will purchase approximately one-half of our first-year minimum purchase commitment through June 2013”

According to the filing, that could mean that Leap will be on the hook for $100 million of additional phone purchases this year and $450 million over the course of the three year contract. We believe this would be incremental to the cash burn that we already forecast for the company.”

The news has caught industry-watchers off guard, considering that just last week, Leap Wireless COO Jerry Elliot said that the iPhone has been selling so well, he wasn’t worried about its commitment.

The popular prepaid carrier started offering the iPhone 4 and 4S last June, and it picked up the iPhone 5 in September. The terms of its contract with Apple are unknown, but estimates go up to $800 million.

Honestly, it’s not surprising that the iPhone isn’t selling well for Cricket. As a prepaid service, users are forced to pay near-full-retail prices, which for the 16GB iPhone 5 is $500. Comparatively, that’s pretty pricey.

This is the same thing that other prepaid carriers around the world, especially in countries like China and India, are seeing. And if you ask me, this is where the rumored low-priced iPhone would do really well.