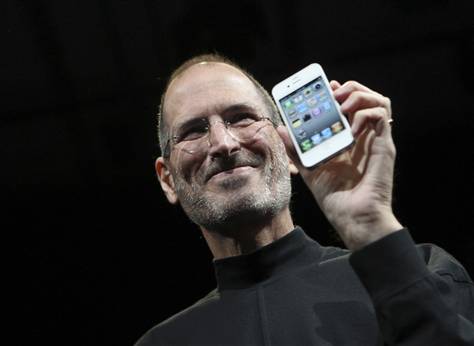 Faced with intensifying pressure as it vies for supremacy in the highly competitive smartphone market – fighting chief rival Samsung and other vendors left and right – Apple has reportedly softened its stance on carriers and has shifted in how it goes about doing business with the world’s wireless carriers, or so thinks one particular wireless industry executive.

Instead of putting on the ‘our way or the highway’ posture in its dealings with the people who are pushing the iPhone to wireless subscribers, Apple is “a little less arrogant than they used to be,” according to France Telecom-Orange CEO Stephane Richard. Here are some choice quotes…

AllThingsD sat down to talk with the CEO during a dinner with reporters in Barcelona on Monday:

Apple has become more flexible, paying more attention to everyone else, probably a little less arrogant than they used to be.

As competition in mobile grows fiercer with each passing day, Apple is now starting to feel the heat, but that’s a good thing, he remarks:

I think they are probably a little more under pressure, and it is quite nice.

Asked to comment on new entrants like Mozilla’s Firefox OS that will power over three dozen low-end handsets, in addition to the new BlackBerry 10 OS and the various mobile Linux variants such as Ubuntu for tablets and Tizen, a collaborative effort between chip maker Intel and Samsung, Stephane responded:

There is probably not room for everyone. But all of us hope that among those initiatives, at least one will be able to emerge as a third ecosystem.

He isn’t putting much faith into Microsoft because Windows Phone, in his view, has a “very difficult” road to truly compete with iOS and Android.

The Nokia family in my opinion is nice, but there is no ‘wow’ effect. When you have a market with very steady players like Apple and Samsung, you need to have a ‘wow’ effect.

On the other hand, if you ask analysts, that third ecosystem will be Microsoft’s Windows. The latest version of Microsoft’s operating system scales from tablet and smartphone form factors and all the way up to notebooks, desktops and beyond.

France Telecom-Orange along with SFR spent €1.2 billion to acquire the 800MHz band, or approximately $1.6 billion. Due to LTE fragmentation, that frequency band is not supported by the iPhone 5 and many other devices. By the way, that could change soon thanks to a new Qualcomm wireless chip which supports as much as 40 different bands on a single die. It will likely provide wireless capabilities to the next batch of iOS devices.

However, bureaucracy means Apple users in France are currently unable to use 4G LTE on their devices until at least the end of 2013, by which time local carriers are planning to start refarming the 1,800MHz band, which is compatible with the Apple smartphone. That the highly competitive European market has over a hundred wireless carriers isn’t exactly helping either.

Carriers have always had the upper hand in terms of the power of the relationship with the handset manufacturers, telling them what to build and what features to implement. That has changed for the better shortly after the iPhone came along as Apple was able to wrestle control away from carriers.

Late Steve Jobs’s disdain for carriers was legendary. Here we see the iconic Apple co-founder  at the D3 conference in 2005 calling carriers “orifices”.

Five years after the iPhone, carriers are still very much the biggest threat to innovation, opines The Verge.

Stan Stingman, who was the CEO of then Cingular Wireless, had agreed to support Apple’s iPhone project without even seeing the device in action.

“It was a big gamble, but I had that much faith in Steve Jobs,” he said. The Wall Street Journal technology columnist Walt Mossberg also hates carriers, likening major U.S. telcos in 2007 to the Soviet ministries.