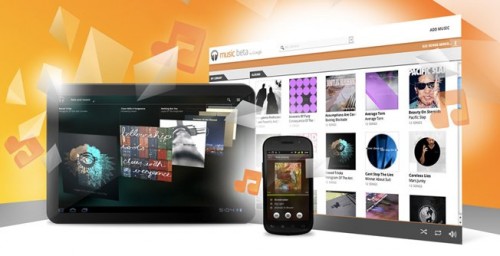 Piggy-backing on last week’s reports by The Wall Street Journal and Financial Times asserting Google’s been looking to enhance its Music service with streaming features akin to those of Spotify, Bloomberg today learned from its own sources that the service is likely targeted for a third quarter start. What’s more, Google is reportedly planning to release this as a worldwide offering from the get-go.

One of the people familiar with Google’s thinking told Bloomberg the service would work on both Android and non-Android devices, without explicitly referring to the iPhone…

A few more tidbits from the Bloomberg story:

Negotiations are under way with major record labels to license their music, said the people, who sought anonymity because the talks are confidential. Google, which also owns the YouTube video website, is also discussing renewing deals that cover the use of songs in videos made by consumers, they said.

Two days ago, The Wall Street Journal wrote that Google is in talks with labels over music streaming fees.

The Internet giant has been attempting to produce a Spotify killer for some time. Back in February 2012, The Wall Street Journal first reported that Google was discussing a possible music streaming service with the record companies.

Apple too is thought to be working on an iTunes music streaming service, with both Bloomberg and The New York Times reporting recently the project could see the light of the day by year’s end.

Journalists are keen on positioning a Google-branded music streaming service as a direct threats to the likes of Rdio, Pandora and Spotify. Conveniently enough, Spotify is also persuading record labels to allow smartphone and tablet owners to stream ad-supported music for free, just like users who access the Spotify service on desktop and notebook computers have been able to do.

In my view, the launch of a streaming service by Google could put most pressure on Amazon and Apple, who both run widely popular music stores on the web.

Coupled with Google’s ad-supported free model, I think it’s fairly safe to assume that Google stands poised to become a third major player in the digital music space. The company operates its own music download store since November 2011.

Google Music recently launched in a bunch of European countries with local tracks and added scan-and-match features so clearly the search Goliath is in it for the long haul.