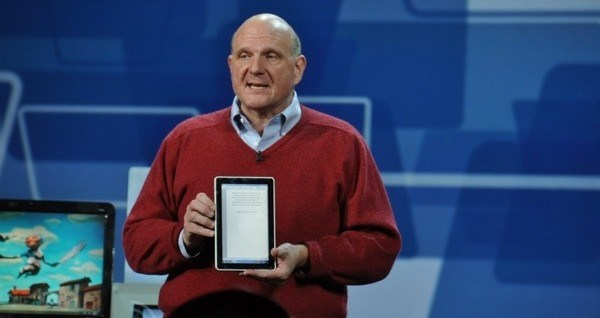 Remember the ill-fated Slate, a Hewlett-Packard tablet Steve Ballmer demoed at CES 2010 as a sign of things to come from the PC camp? It failed miserably, leaving HP to linger out there and admit defeat of its webOS/TouchPad strategy.

But as the world’s top computer vendor has witnessed shoppers increasingly picking up iPads and Android tablets, it felt compelled to reboot its mobile strategy by announcing today at Mobile World Congress in Spain, Barcelona a brand new seven-inch tablet for entertainment and media consumption.

It’s called the Slate 7, runs Android and is set to launch this April. And honoring the tradition (the $99 TouchPad fire sale), HP is pricing this thing really aggressively at just $169.99, or nearly half as much as Apple’s $329 iPad mini…

According to a media release, the device is 10.7mm thick, 197mm tall and 116mm wide, weighing at about 13 ounces. Though it undercuts both Apple’s iPad mini and Google’s Nexus 7 on price, you get what you pay for. From the design standpoint, it looks like a generic tablet. 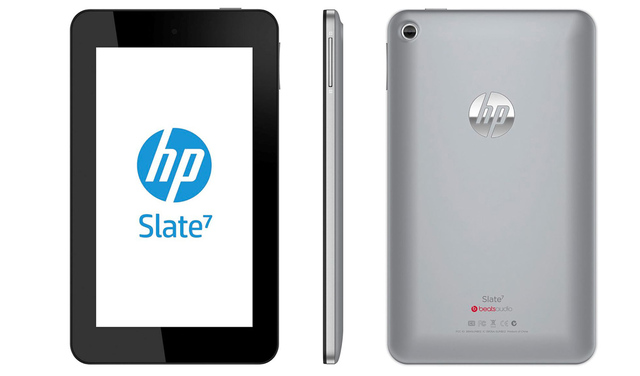 “This is the Droid you were looking for”, teases HP’s blog post while mentioning “a raft of exclusive productivity software and games” that will apparently be available for the Slate 7.

The device is driven by the somewhat outdated Android Jelly Bean version 4.1 and runs a dual-core 1.6GHz ARM Cortex-A9 chip with 1GB of RAM. It has eight gigabytes of solid state storage that can be expanded via microSD, a seven-inch screen maxing out at 1024-by-600 pixels, a rather paltry three-megapixel camera on the back and a front-facing VGA camera. 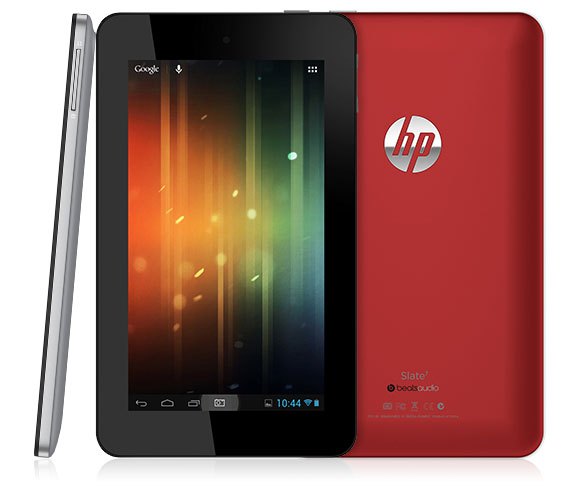 More information is available at a dedicated web page.

Here’s a quick hands-on by Slashgear.

There’s also Bluetooth 2.1 and 802.11 b/g/n Wi-Fi, in addition to the stereo speakers with Beats Audio processing. The device is 10.77mm thick, weighs at eight-tenths of a pound and its battery will give you about five hours of video playback. The new HP tablet does not have fancy features like GPS or NFC as its key advantage is low price.

The bigger question will be whether or not HP can make a comeback in the mobile race. The company largely known for its printers grew its share in Q4 2012 by 12.6 percent, winning more than one-quarter of the U.S. market for desktops and notebooks. 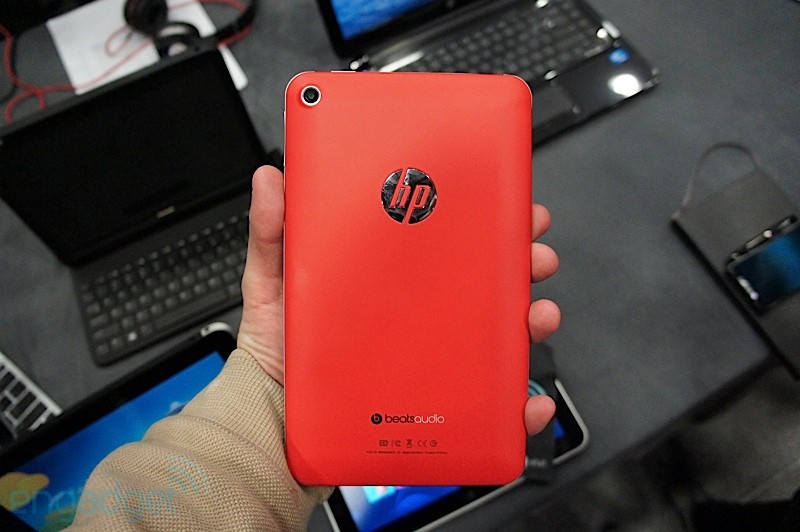 However, HP’s computers continually fail to impress as Asian stars like Acer, Asus and Samsung keep churning out compelling PCs that actually are not fugly.

It’s encouraging HP is now re-focused on tablets and we’re not surprised they went with Android – after all, HP’s webOS gamble hasn’t played out well, now has it?

HP’s biggest problem could be that it’s still stuck in the old ways – that is, making trucks at a time when buyers want cars.

Welcome to the post-PC world.

HP in its part is adamant that the Slate 7 is just the beginning.

The firm is looking to launch a bunch of Android and Windows tablets of all stripes, with HP’s new Mobility business SVP Alberto Torres telling The Verge:

He suggested the iPad might not have the same success in India and China compared to the United States and confirmed HP will bring “a focused portfolio of great products” later this year.

Last year, the iPad pushed Hewlett-Packard into a massive quarterly loss as Apple during the holiday quarter sold more tablets than any PC vendor sold computers.

The Apple tablet accounted for a Canalys-estimated one out of six PC shipments in Q4 2012. Counting tablets as PCs, Apple is already the world’s leading computer maker.