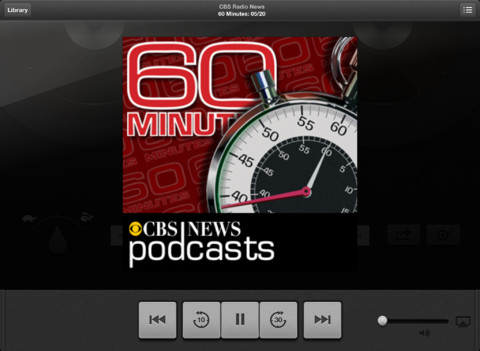 Apple’s Podcast app was released alongside iOS 6 in September 2012 and soon after drew the ire of design conscious users who saw it as a prime example of how skeumorphism devalues usability. That was only tip of the iceberg because users kept on hammering the software in iTunes ratings over its user unfriendliness, slow performance, lack of basic features and a whole host of other issues that go far beyond just teething problems.

And with just 1.5 stars based on nearly 6,000 ratings in the App Store, Podcast is the worst iOS app Apple has ever made, period. Venting his frustration with Apple’s seemingly ignorant handling of the app, John Herrman in an article on BuzzFeed titled “Apple’s Podcast Disaster” raises some valid concerns regarding Apple and the future of podcasting…

The article summarizes a number of unpleasant Podcast reviews on the App Store.

For example, one reviewer asks rhetorically whether it is too much to ask for the ability to see the whole title of the episodes. “Horrible in every way,” reads the most recent review. “Oh, and this app cost me $40 in overage uses on my data plan.”

And my favorite trashing: “Worse than iOS Maps.”

Well, that one pretty much says it all. 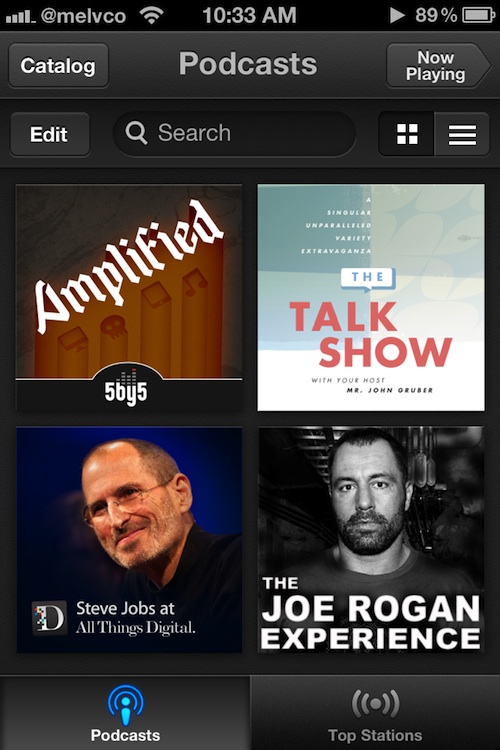 Other reviewers complain about constant crashes, misbehaving or deleted podcasts and various other glitches.

On #PresidentsDay, @brianlehrer reflects on those that lost their presidential bid but stayed relevant. @wnyc tw.itunes.com/48y

In addition, Apple’s keynotes are on iTunes as these video podcasts:

And the company’s quarterly earnings are available as audio podcasts here.

Taking it all in, Herrman suggests Apple might not have fixed the Podcast app yet because podcasting just isn’t as important to the company as it would have you believe:

More worrying, perhaps, is the simple fact that Apple hasn’t done anything to fix an app that is so obviously in need of help. The company is not short on resources, but appears to have dedicated virtually none to the app that serves as the sole official way to download podcasts on iOS.

If Apple really had an interest in pushing it, I bet they could double the number of people consuming podcasts just by redesigning the iTunes store.

One wonders if Apple is treating its podcast app like it did its Remote app, which was reported to have been created by a team of one.

First mentioned in a February 2004 article by journalist Ben Hammersley of The Guardian, podcasting – a portmanteau of the words “pod” (from iPod) and “broadcasting” – rose to prominence when Apple in June 2005 released iTunes 4.9 with native support for podcasts.

And when it started suing developers for using the term “iPod” or “Pod” in the name of their product and issuing C&D letters to infringing podcast app developers, Apple pretty much ended independent advancement of the podcast medium.

It is surprising that Apple is now handling the medium it helped popularize so poorly unless, of course, that’s a sign of the rumored paid-for and free iTunes channels soon replacing audio and video podcasts.

Do you listen to audio podcasts?

How about video podcasts?

And while we’re at it, has podcasting lost its allure and perhaps even run its course?