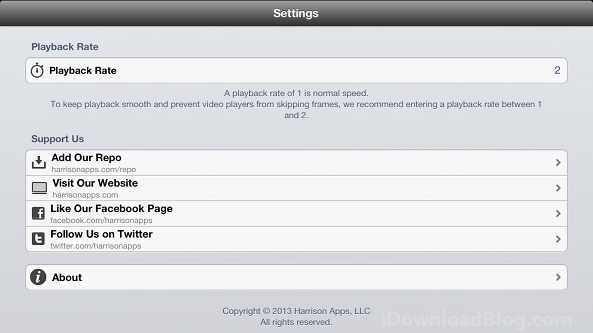 Ever wanted to speed up video playback on your iPhone, iPad, or iPod touch? While it’s not a thought that occurred to me, Harrison Apps (the developer behind Universal Video Downloader) says that their new tweak is great for speeding up recorded University lectures.

The tweak is called FastForward, and it alters the speed of film clips that take advantage of iOS’ native video APIs. With FastForward enabled, you should be able to give your long winded professors a bit of a boost… 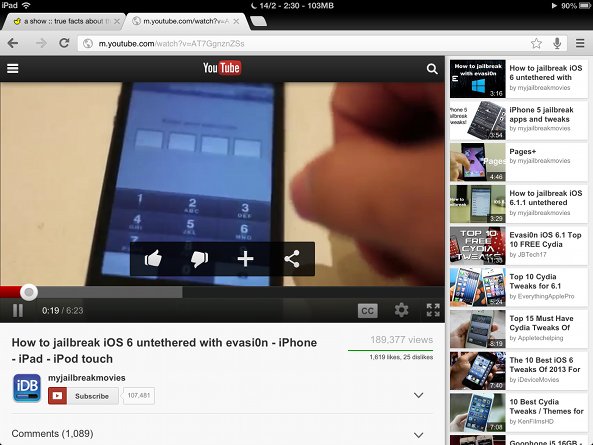 While FastForward doesn’t work with every video API, it should support iTunes U and most in-browser video.

As the name implies, FastForward can currently only speed up video. Harrison Apps suggests speeds between 1-2 times the original playback; anything faster will be choppy and slower speeds aren’t currently an option that can be set. Increasing the playback speed does not seem to change the pitch of the audio, so your professors shouldn’t sound like chipmunks.

As of right now, FastForward isn’t available in the default repositories, but you can install the jailbreak app on your device for free through Harrison App’s exclusive repo. To add the repo, open Cydia, navigate to Sources, press Edit, then Add, and finally enter ‘http://harrisonapps.com/repo’ into the prompt. We’ve also been told that the tweak will be available tomorrow in the BigBoss repo.

Be aware that the FastForward tweak does install an app on the homescreen instead of an entry in Settings. As with Universal Video Downloader, you can set FastForward to apply to all your apps or just a select list.

While the FastForward tweak isn’t for everyone, I’m sure a few of our readers can find a good use for it. Let us know in the comments if you find FastForward useful.