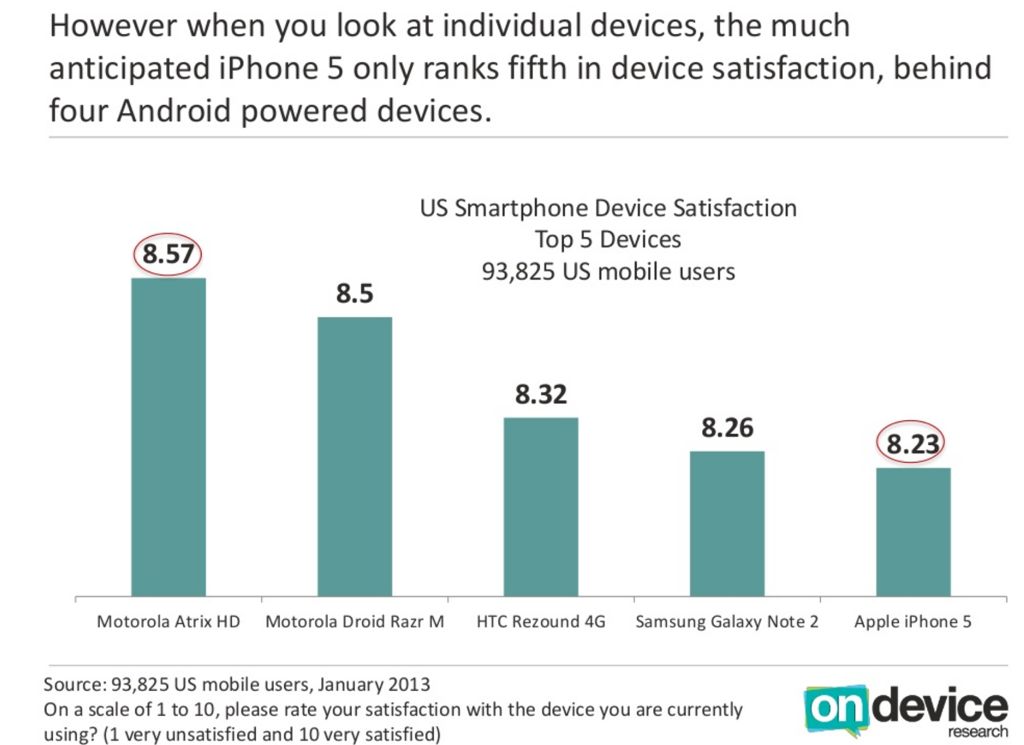 Results of a new smartphone user satisfaction survey have some observers scratching their heads. Apple’s iPhone 5 ranked fifth in the U.S., behind a number of Android devices from Motorola, HTC and Samsung. Due to Apple’s past high ratings in customer satisfaction, the survey’s findings prompted questions so far left unanswered.

According to a poll by OnDevice Research, Motorola’s Atrix HD took first place in the U.S. user satisfaction scores, with the Motorola Droid Razr M, HTC’s Rezound 4G, Samsung’s Galaxy Note 2 and the iPhone 5 filling out the top five devices.

While Apple was named the top brand in overall mobile device satisfaction by U.S. consumers, Google ranked number two – even though it does not directly produce mobile devices…

Additionally, Motorola – which took the No. 1 and No. 2 spots in smartphone satisfaction – ranked in third for overall U.S. mobile user satisfaction, according to the survey.

“Some of the findings seem a bit odd, especially since OnDevice Research didn’t reveal all of the devices included in the survey,” CNET warned Monday. 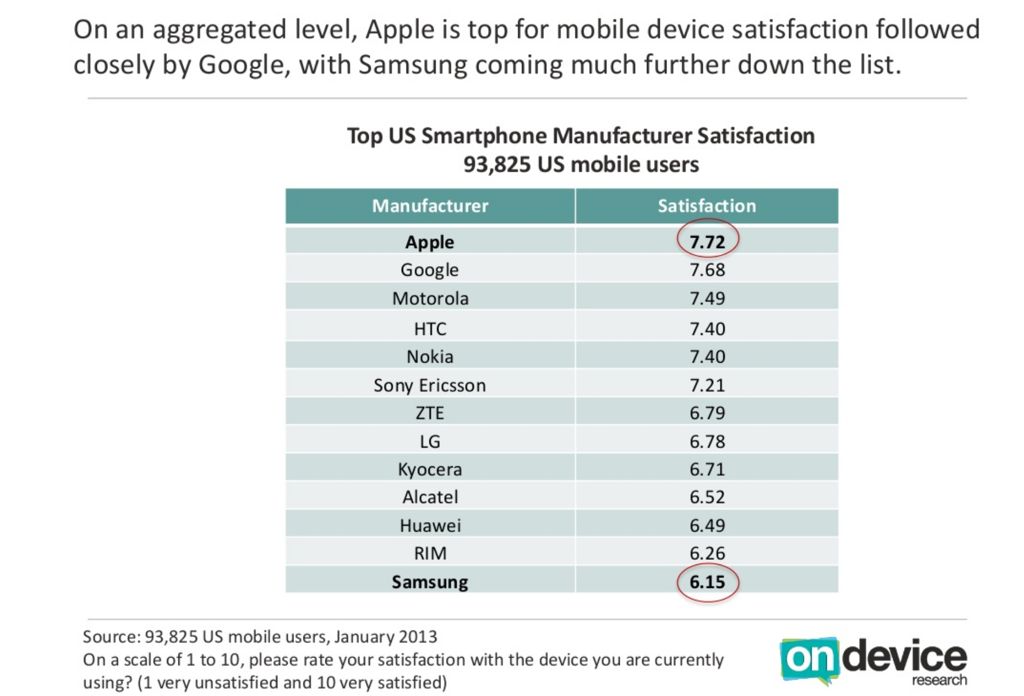 Along with non-manufacturer Google ranking high in mobile device satisfaction, Samsung – maker of many handsets – is listed at the bottom, which writer Lance Whitney described “a mystery.”

U.S. smartphones which offered 4G speeds seemed one dividing line between the top U.S. handsets and also-rans. The global survey – which included nearly 94,000 smartphone and tablet users in America – way conducted between July 2012 and January 2013.

Others surveys have given Apple gold stars when it comes to in-store service, but are mixed when focused solely on the iPhone 5. 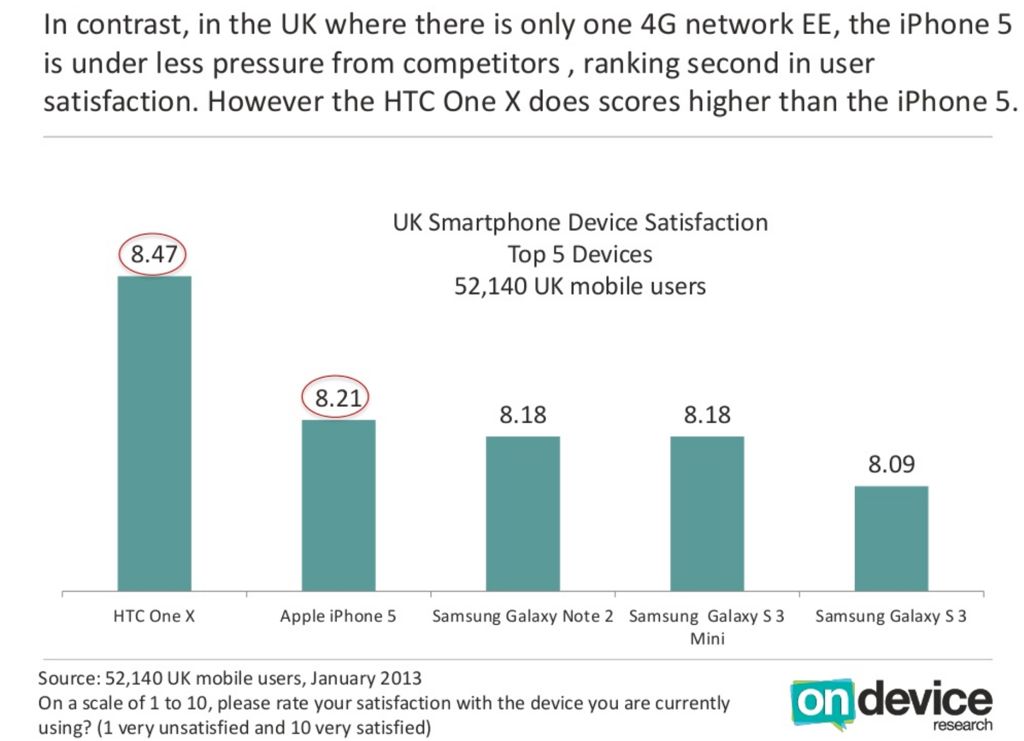 For instance, Consumer Reports started the year by proclaiming the iPhone 5 among the worst smartphones offered by U.S. carriers. Just days later, research firm Kantar said the iPhone was the top smartphone in the U.S., but largely due to the more inexpensive iPhone 4S and iPhone 4.

US & UK Device Satisfaction from On Device Research

The iPhone 5 has been successful this period however we also see that Apple’s older models – the iPhone 4S and 4 have also contributed to the growing share of iOS. This is particularly the case for first-time smartphone iPhone buyers where we see the older models still selling well amongst this group.

So, could the iPhone 5’s user satisfaction problem be blamed on its price, or perhaps lack of LTE service? Without other details on the makeup of the survey’s results, these results could still leave us scratching our heads.