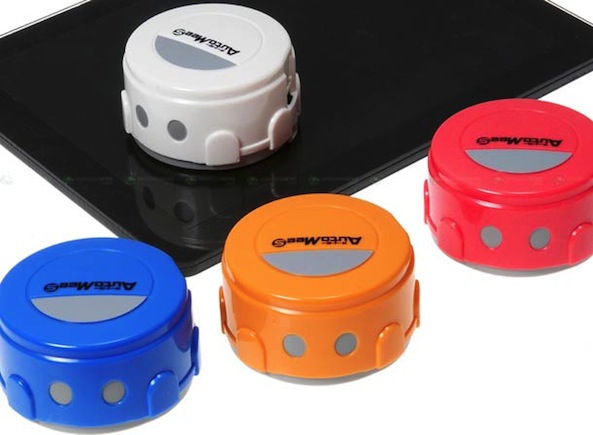 Believe it or not, there is. Meet the Automee S, a tiny, round, Roomba-like robot that’s built to automatically clean the screen of your smartphone or tablet in a matter of minutes. We’ve got a video of it in action after the fold…

The Automee measures in at 67x73x38mm and weighs 82 grams. It’s powered by a single AA battery that can last up to three hours, with each iPhone cleaning averaging about 4 minutes long, and each iPad cleaning double that.

It has three tires for maneuvering, and two made of paper that handle the cleaning responsibilities. And like the Roomba, the Automee is equipped with sensors that prevents it from falling off your device, and ensures it cleans evenly.

It looks like the robot is targeted at iOS devices, but I imagine it works on most smartphones and tablets. If you’re interested, the Automee S will come in a variety of colors, and is slated to launch in Japan on March 28 for roughly $17.

What do you think of the Automee? Cool or creepy?