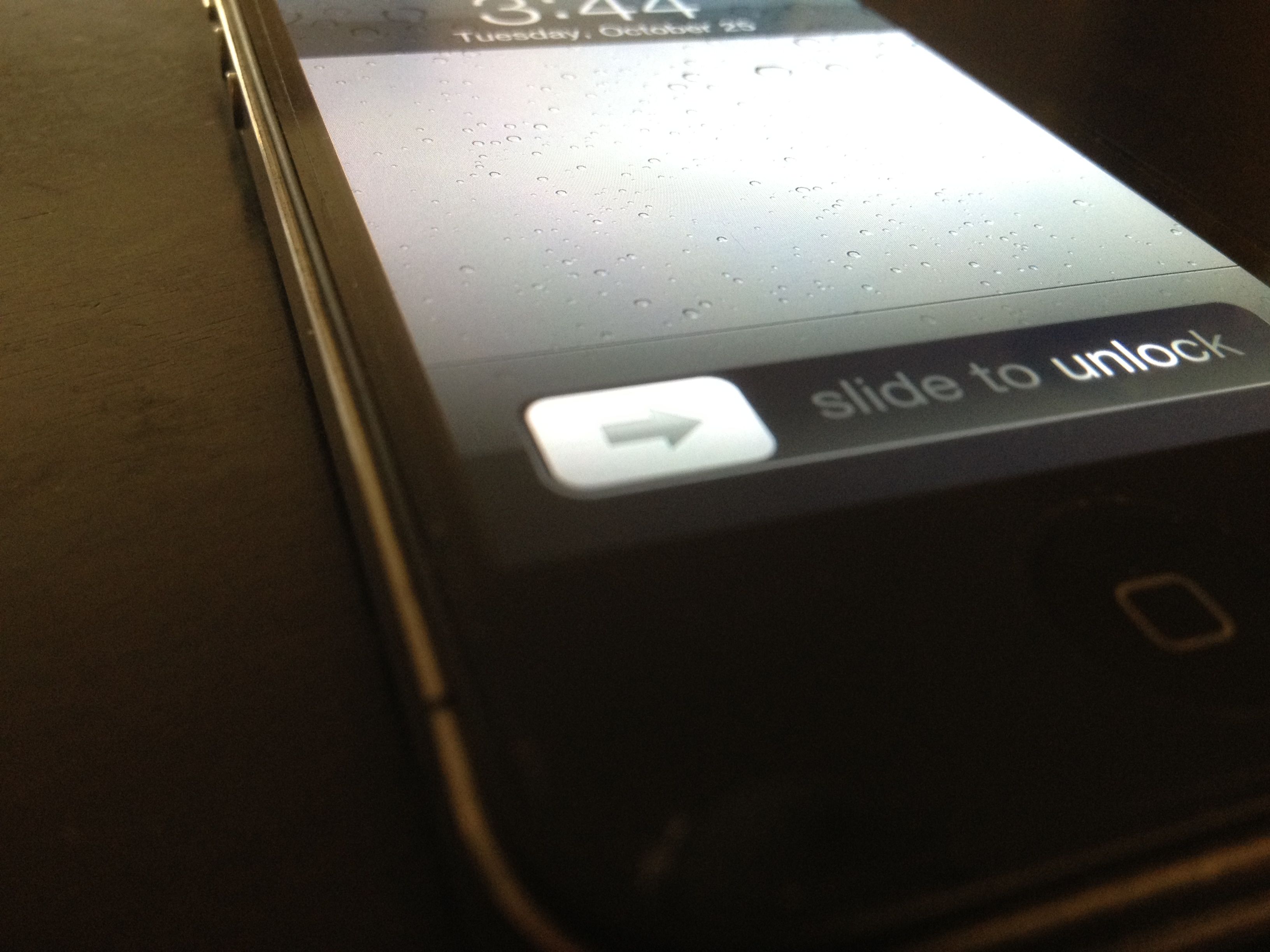 When Steve Jobs unveiled the first iPhone back in 2007, he had a blast showing off the handset to the Macworld audience. And one feature he particularly enjoyed demonstrating was the phone’s ‘slide-to-unlock’ unlocking mechanism.

Apple has since been extremely protective of the feature, going after both Motorola and Samsung for using similar unlock methods. And it’s just strengthened its IP portfolio regarding the feature, with a newly granted design patent…

As noted by PatentlyApple, the Cupertino company was actually awarded more than 40 new patents yesterday. But one in particular stood out above the rest: a design patent for Apple’s signature slide-to-unlock feature found in iOS.

“The U.S. Patent and Trademark Office approved Apple application No. D675,639 for “ornamental design for a display screen or portion thereof with a graphical user interface,” which includes illustrations of the familiar horizontal bars with rounded corners found at the bottom of locked iOS screens since the original iPhone’s debut in 2007.”

Apple has used its previous slide-to-unlock patents in infringement suits against Samsung and its Galaxy Nexus handset, and against Motorola in Germany. The Samsung case has since been dismissed, and the Motorola suit is sitting in limbo.

Another noteworthy patent Apple picked up yesterday was one covering the design of the iPhone 3GS. This may not seem like a big deal, given that the handset is 4 years old. But design patents have proven very effective for Apple in the past.

Most recently, an ITC judge ruled that Samsung had violated Apple’s iPhone design patent covering the look and feel of the smartphone’s exterior. That ruling is currently under review, and a decision is expected sometime this month.