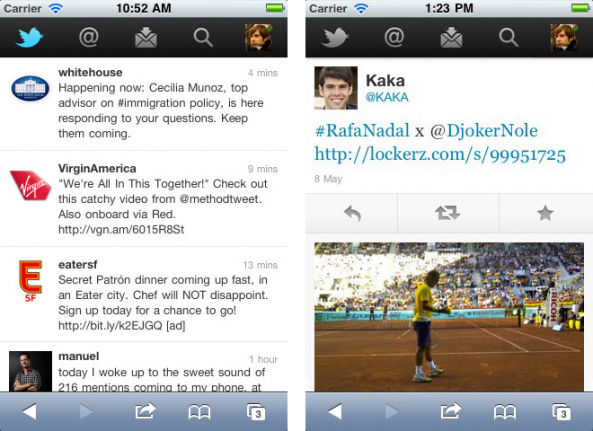 A convergence of mobile trends is setting the stage for a day when more than half of the applications will support both HTML5 and native iOS/Android environments. That’s the word from research giant Gartner, who predicts companies must support multiple platforms as well as native features, such as mapping, cameras and location-based services. Additionally, the researcher forecasts brand-name smartphone makers could be pushed out of the low-cost market as countries such as China and India produce home-grown alternatives priced as low as $50…

By 2016, more than 50 percent of mobile apps will be hybrids, Gartner forecasts.

While IT departments have traditionally viewed mobility as a separate topic from supporting desktops, that tactic must change in light of the growing use of mobile devices in the workplace, Gartner explains:

Increasingly, enterprises are finding that they need to support multiple platforms, especially as the BYOD [bring your own device] trend gains momentum.

Apple has led the wave of mobile devices designed for consumers being brought to work. While companies have quickly adopted Apple’s mobile iOS-based devices, Macs were a more difficult sell. 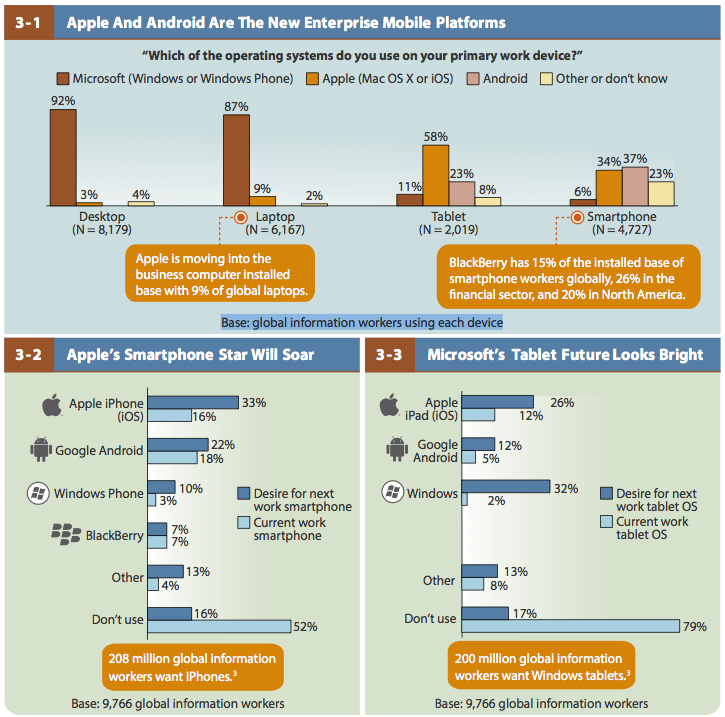 Infographic by Forrester Research, via Fortune.

However, this could change as Gartner expects Apple to introduce more iOS functionality in its OS X-driven desktops and laptops.

Going forward, Apple will continue to benefit from consumerization and will continue to evolve Macs to take on more iOS characteristics, which will contribute to acceptance of Macs in the enterprise.

As such, enterprise acceptance of Apple will continue to be driven by consumer demand.

As a result of this shifting landscape, Gartner believes that enterprises should plan for continued consumerization and for the fact that Apple will continue to be a significant beneficiary.

Rather than developing apps designed only for HTML5, firms must also take into account features available on differing mobile platforms, including Apple’s iPhone, iPad and the various Android alternatives.

“Our advice would be to assume the enterprise will have to manage a large and diverse set of mobile applications that will span all major architectures,” Van Baker, Gartner research vice president, added.

By contrast, Microsoft – which began with a significant lead over Apple in enterprises – will see only limited adoption of its Windows Phone and Windows 8.

“Unlike Apple, Microsoft’s offerings have not benefited from consumerization, which is driven first by consumer demand, and then by the demand of those consumers to bring that technology into the workplace,” according to the researcher.

Microsoft has seen little consumer interest in its Windows Phone or its Surface tablet. 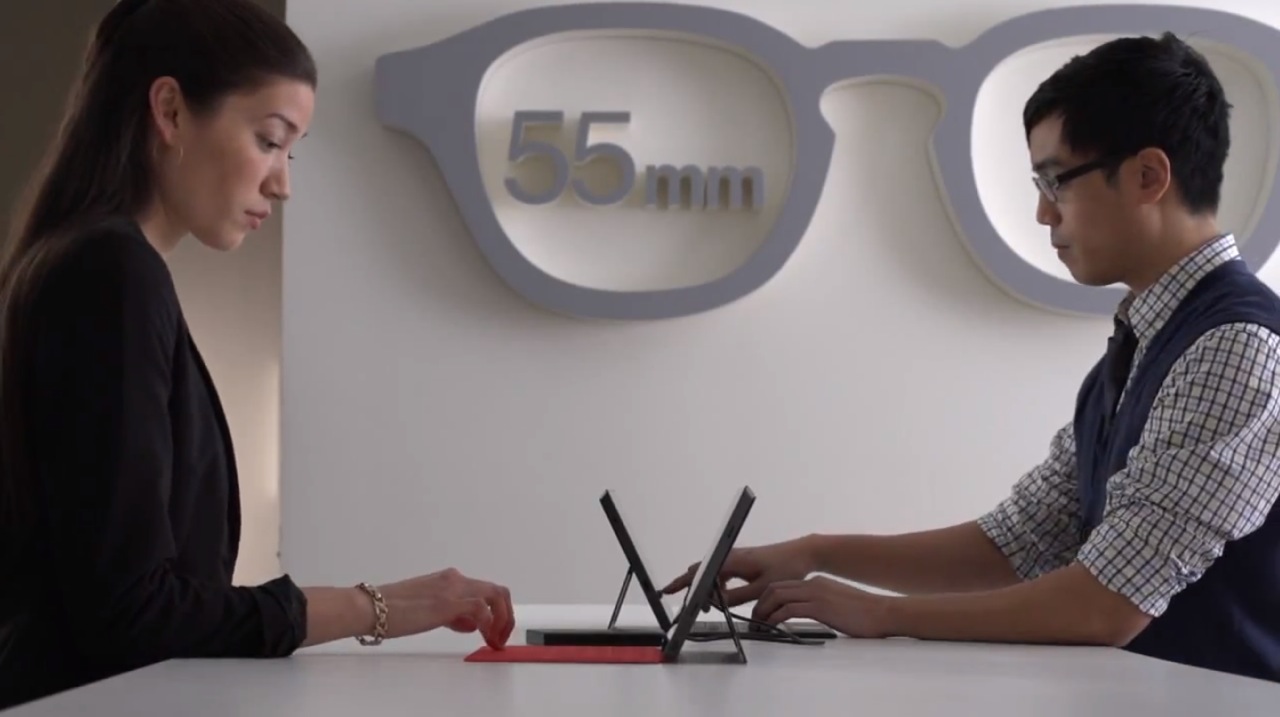 Elsewhere, Gartner suggests we’ll see low-cost smartphones in the $50 range later this year. While the research firm appears to join others calling for smartphone makers, including Apple, to release a cheap alternative for China and other emerging markets, Gartner is also advising Cupertino and Seoul may not want to play in this sandbox.

To gain low-cost smartphones, home-grown products have jettisoned many of some features touted by more expensive foreign brands.

If smartphone brands cannot find a way to compete against the low-cost alternatives, they “may want to cede this market to the white-box vendors and focus on high-end devices,” according to the research firm.

We already see the likes of China’s Coolpad (seen below) outselling Apple’s iPhone. 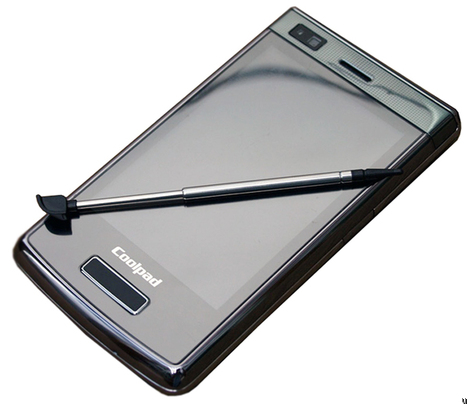 Other trends are working against Apple.

As we recently reported, places like Tokyo and Thailand are rapidly adopting Android as the self-described ‘fickle’ Asian markets adjust to years of Apple domination.

The iPhone is still wildly popular in China.

While Apple is unlikely to introduce a $50 handset, we could see a $199 device styled after the iPhone 5. Apple could also finally ink a deal with China Mobile, snaring the world’s largest mobile carrier.

That, and hoping China’s middle-class purchasing power increases, could balance the rise of ultra-inexpensive smartphones. Even the branded vendors outside the Apple realm, like HTC, are recognizing the realities. For example, HTC said today it will shift focus from pricey hero devices to inexpensive handsets aimed at emerging markets.