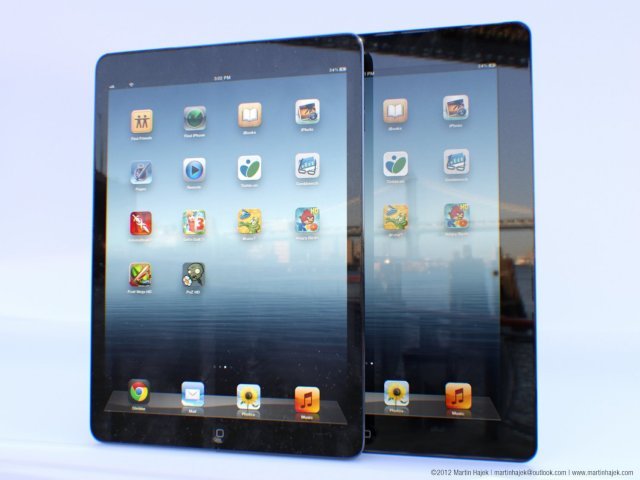 Although reports regarding Apple’s next-generation tablet can’t seem to settle on a release date, they do seem to agree about most everything else. The iPad 5 is said to sport an all-new, mini-like design with smaller bezels and a much thinner profile.

Of course, this raises the question: how does Apple plan to make the tablet thinner while keeping its Retina display and 10-hour battery life? Well for starters, it’s reportedly going to use the same thin-film touchscreen tech found in the iPad mini…

That technology is called ‘GF Ditto’ technology, also known as GF2. And it allowed Apple to make the mini much thinner and significantly lighter than the G/G touchscreen tech it used in the iPad 3.

From DigiTimes (via iPhoneinCanada):

Apple’s current 9.7-inch iPad models use a G/G touch screen structure. The sources said Apple’s move to use DITO technology shows the company is looking to bump up its competition in the tablet segment and that it has more adequate supply to the technology compared to one-glass-solution (OGS) technology.”

The report goes on to say that Apple’s supply chain for the next-generation 9.7-inch iPad will be similar to the iPad mini’s, with Japan-based Nitto expected to supply the thin-film materials, and LG Display and Sharp providing the display panels.

It’s worth noting that the GF2 film was largely blamed for the iPad mini’s higher price tag and early supply constraints, as it caused mass production issues. It appears, though, that Apple has ironed out the kinks, as mini shipping estimates just dropped to 3-5 days.

Now, back to the iPad 5. A recent “leak” of the tablet’s rear shell indicates that it will look very similar to the mini, with smaller bezels and chamfered edges. And word is, Apple is working so hard on the redesign, that we may only see modest, if any, internal changes.

Early reports suggested we could see the 5 in the next few months, but we’re leaning towards an October release, right alongside the iPad mini 2.