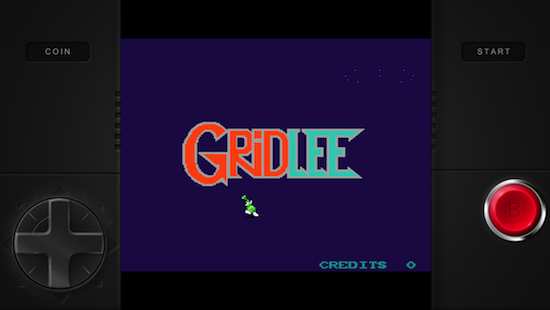 Good news old school gamers. Word has started spreading this afternoon that a MAME emulator has made its way into the App Store. It’s called Gridlee, named after an old arcade game that never made it to market, and it’s based on the MAME4iOS platform.

The app fronts as just a port of the aforementioned Gridlee arcade game. But similar to the iMAME app we saw pop up a little over a year ago, you can add your own MAME ROMs to the app’s subdirectory, turning it into a fully functional emulator…

TouchArcade (via MacRumors) was first to spot Gridlee, which apparently surfaced in the App Store yesterday. TouchArcade forum members immediately started digging around its .ipa file, and discovered there is a ROM folder hidden in the app’s directory.

“When word of this hit our forums, readers were quick to pull out iExplore and begin digging about the app’s directory structure looking for a ROM folder. Well, it’s in there, and sure enough, if one copies other MAME ROMs into that folder, the Gridlee app starts up with the standard MAME4iOS ROM listing, allowing for a great many games beyond just Gridlee to be played on the iPhone or iPad in this Universal app.”

For those interested in trying this out, we actually put up an easy-to-follow tutorial on how to add ROMs to the now-defunct iMAME app. And given that both are based on similar platforms, I’m guessing it’s also a similar process. I haven’t tried it yet.

I have played a few rounds of the included Gridlee game though. And while I didn’t really like the game itself, the controls were both accurate and snappy. If this is any indication of what other ROMs will play like, I’d say we’re in good shape.

If you’re interested in checking out the emulator, you can find it in the App Store for free (for both iPhone and iPad). But I wouldn’t wait too long to grab it. Given Apple’s track record with open emulators, we’re not expecting it to last long.