U.S. carrier AT&T announced Friday that it will acquire 700 MHz spectrum from rival Verizon Wireless in a cash transaction valued at $1.9 billion. The 700 MHz band was originally used to broadcast analog TV channels and in 2008 was put up for auction. AT&T says it will use the airwaves to improve its 4G LTE U.S. network presence…

According to a media release and a SEC filing, AT&T is acquiring AWS spectrum licenses in several markets, including Phoenix, Arizona, Los Angeles and Fresno, California and Portland, Oregon. 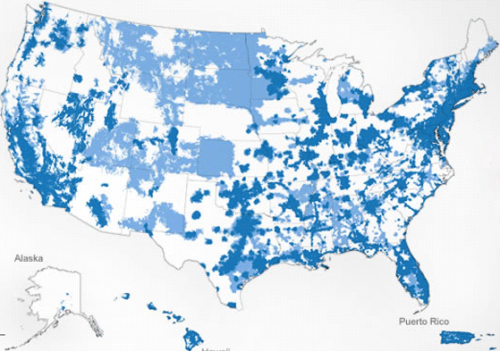 The transaction is subject to regulatory approval and should close in H2 2013.

Following up on Apple’s earnings report for the holiday quarter, when it moved 47.8 million iPhones , AT&T yesterday announced it activated a record 8.6 million iPhones during the three-month period ended December 31, 2012.

On Tuesday, AT&T confirmed that it acquired spectrum, licenses and US retail wireless operations of Atlantic Tele-Network, operated under the Alltel brand, for $780 million. As part of the deal, AT&T will pick up wireless spectrum, licenses, network assets, retail stores and approximately 585,000 subscribers.

And earlier in the month, The Wall Street Journal ran a story claiming that the US telco is considering a merger with one of the major wireless carriers in Europe amid signs that domestic growth is slowing.