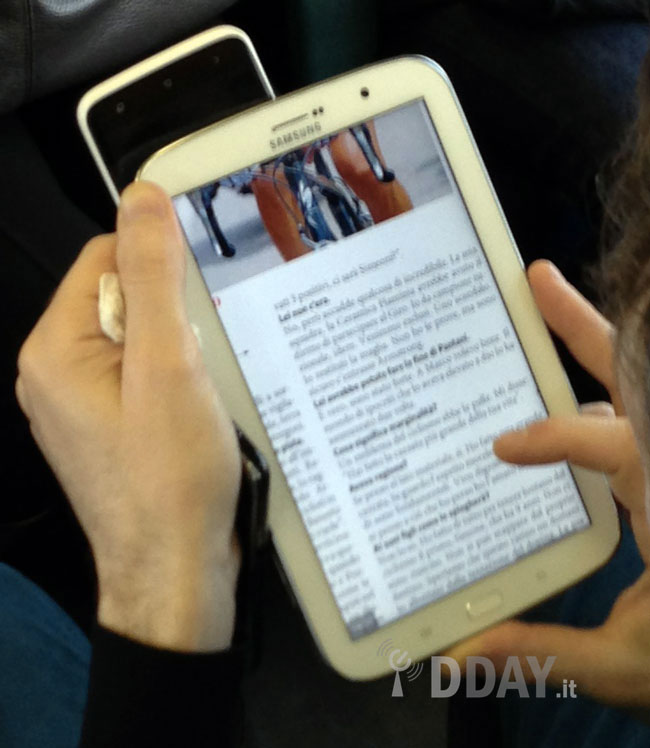 As expected, Apple’s $329 iPad mini has taken off in a big way and is now arguably the company’s best-selling iPad. Apple experienced supply constraints of the device throughout the holiday quarter and it immediately sold out upon its arrival to China last week. Cook in a conference call following earnings report attributed the 22 percent year-over-year iPad growth to strong sales of the lower-margin tablet.

Samsung, on the other hand, has been swarming the market with mobile devices of all shapes and sizes. The strategy has earned the South Korean company a distant #2 spot in tablet sales as it tries to keep pace with Apple. The firm is apparently working on an eight-inch Note device designed to challenge the iPad mini and now an image has leaked revealing a sleek form factor encased in a plastic enclosure…

It looks like a blown-up Galaxy S III smartphone, have a look… 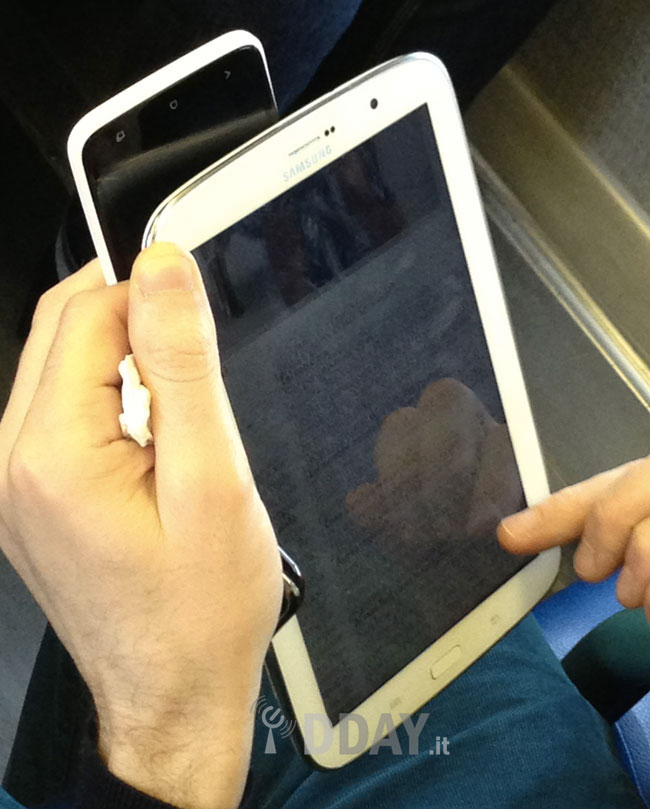 It seems to have thicker side bezels than the iPad mini, no?

As I previously reported, the Galaxy Note 8.0 probably has a 16:10 screen with a 1,280-by-800 pixel resolution (720p). The iPad mini, as you know, has a 1,024-by-768 resolution display and the upcoming refresh is thought to upgrade the experience with a Retina-quality resolution.

The new Note will reportedly ship in two flavors, cellular and Wi-Fi only, and is expected to be officially announced at Mobile World Congress in Barcelona, Spain, which runs February 25-28, 2013.

Deciphering these blurry shots, Samsung’s forthcoming gizmo looks a little plasticky. That’s okay given Samsung’s design language that calls for use of plastic body for most Galaxy devices.

Can this thing become a viable contender to the iPad mini?