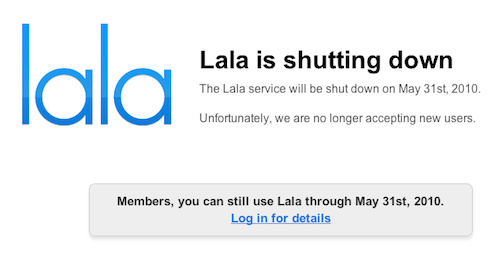 This is probably one of the more interesting Steve Jobs-Apple anecdotes I’ve heard in a while. It comes from Aubrey Johnson, a former Color employee, who gives us a behind-the-scenes look at Apple’s acquisitions of two startups: Lala and Color.

Apple purchased Lala, a streaming music company, back in late 2009, and it just completed its buyout of Color. And outside of the fact that both startups were founded by Bill Nguyen, not much else was really known about the two deals. Until now…

In a blog post titled “Twice,” Johnson writes about the Lala buyout. Despite previous speculation that Apple purchased the company for its streaming technology to help build iCloud, it seems its biggest strength was a search placement deal with Google.

The deal meant that whenever someone searched for a song in Google, Lala’s results would show up first — even before iTunes’. This made it extremely valuable, and it eventually led to a bidding war. Nokia struck first, offering the startup $11 million.

Well apparently Nguyen was so insulted by the proposal, that he called Google and gave them a chance to make an offer. But the search giant, thinking the CEO was either desperate or bluffing, put in a lowball bid, forcing Nguyen to go and talk to Apple.

“He called in a few favors and got a meeting with the leadership at Apple. He explained that he had offers from the largest mobile OS competitors and that they wanted to acquire his music startup. Cue knew if Google obtained Lala the ownership of the service coupled with search dominance could be disruptive to their stronghold. Bill was notorious at getting great deals with the music elite, usually through Lala’s investor, Warner Brothers Music.

In late November, Nguyen was seated at the dinner table in Steve Job’s home on Waverly St in Palo Alto. Also present were Eddy Cue and Tim Cook and other Apple executives. Steve led the conversation while eating a beet salad:

“I’m going to give you a number, Bill, and if you like it, let’s do it and just be done with this whole thing. Okay?” Bill agreed.”

Johnson says that Jobs passed Nguyen a piece of paper with $160M written on it, and he accepted. Apple went on to acquire Lala for roughly $80M in cash and stock, and an additional $80M in retention bonuses for the employees that decided to stay.

Except, most of them turned down the retention money to follow Bill on to his next venture, which was Color. And ironically, Apple ended up buying that startup too for a dismal $7 million. So basically it got more-seasoned engineers at a cheaper price.