Samsung for the time being remains an exclusive maker of the Apple-designed engine that powers iPhones, iPads and iPods. Apple’s chips are being fabbed on Samsung’s High-κ metal gate 32 nanometer process at its $14 billion semiconductor plant in Austin, Texas. But not for any much longer.

As the iPhone maker is reportedly accelerating plans to make a jump to TSMC for all of its mobile chips, now comes word that the Taiwan foundry will pretty soon start building on its 20 nanometer process technology a next-gen processor for a “breakthrough” Apple device…

DigiTimes Research, the usually credible research and analysis arm of the Taiwanese hit-and-miss trade publication, wrote Wednesday that TSMC is working on engineering samples of Apple’s chips at 28nm as we speak. However, first TSMC-built chips “are unlikely to happen in 2013”.

Samsung decidedly acknowledged as much in its denial of the chip price hike rumor. Remember, an unnamed official for the South Korean conglomerate told Korean newspaper The Hankyoreh in November that “prices are set at the beginning of the year and aren’t changed easily”?

So Samsung gets to make all of Apple’s mobile chips through 2013.

TSMC will reportedly take it from there, making quad-core chips for iPads, iPhones and iPods beginning in 2014.

DigiTimes Research also cites previous reports of TSMC  getting to fab an improved version of the iPad 4’s A6X chip using its 28nm process technology, starting in the first quarter of 2013.

“The new 28nm version of the existing A6X will power Apple’s next-generation iPad and iPad mini devices, which will be launched around the middle of 2013”, the article reads.

And then this key quote (emphasis mine):

In addition, Chai noted that though TSMC with its 20nm SoC process will most likely secure its first chip orders from Apple, the foundry’s 16nm FinFET process will play a key role in Apple’s “breakthrough” product.

My money is on an Apple phablet. 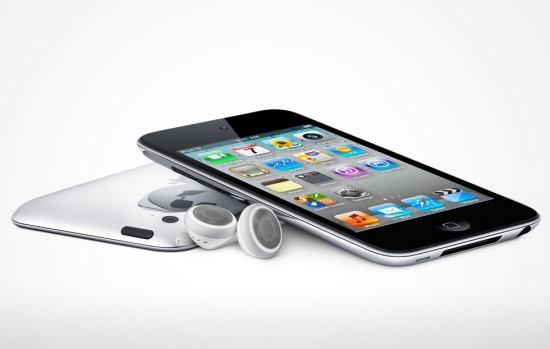 As for TSMC’s new FinFET process technology, FinFET is basically a nonplanar, double-gate transistor built on a silicon-on-insulator substrate. As opposed to the traditional planar transistors based on bulk CMOS, conducting channel in a FinFET transistor is wrapped by a thin silicon ‘fin’.

The thickness of the fin – as measured in the direction from source to drain – determines the effective channel length of the device. This insulation approach should excel in low-power devices like iPhones and iPod touches.

The technology increases transistor speed by building upward without consuming more power. In Intel’s parlance, this 3-D transistor design is referred to as ‘tri-gate’. 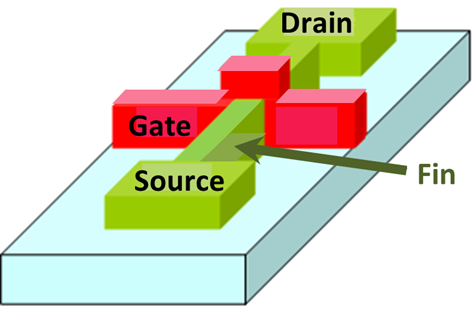 Apple has been hiring lots of silicon wizards lately, signaling its intent to customize the upcoming A7 chip even more than the A6X package is customized.

As you know, the A6X is an improved version of the A6 silicon that debuted with the iPhone 5 introduction last September. Both chips combine a dual-core custom Apple-designed ARMv7 platform called Swift and two or more SGX 543MP3 GPU units licensed from Imagination Technologies, a fabless UK semiconductor maker.

When it was released six months ago, the A6/A6x smoked competition in pretty much every credible GPU and CPU benchmark out there. The chips continue to be on the bleeding edge of mobile technology even though rivals like Qualcomm, Broadcom and Nvidia at CES updated their silicon platforms with new chips that typically incorporate four processing cores and a bunch of GPU cores.

While there’s nothing wrong with speeds and feeds, the Android software that (mostly) powers these cutting-edge chips leaves a lot to be desired in terms of the smoothness and nimbleness of the user interface and apps.

I have a Galaxy S III with a quad-core 1.5GHz Exynos chip from Samsung and that phone – though undeniably very capable – just doesn’t run as smooth as the iPhone 4S, let alone the iPhone 5.

But that’s all so last year.

Realizing that future iOS devices will be thinner, more powerful and more power-savvy thanks to Apple’s heavily customized chip design and TSMC’s cutting-edge process technology is mind-boggling, no?