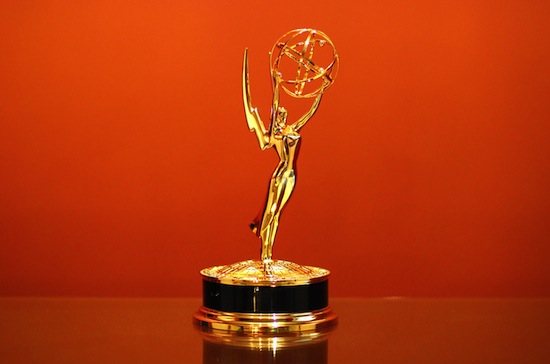 Apple was presented with a Technology and Engineering Emmy Award last night during a special reception in Las Vegas. The annual event honors innovation in broadcast technology and recognizes companies and individuals whose breakthroughs have a significant effect on TV engineering…

Here’s the criteria the National Academy for Television Arts and Sciences looks for when giving Technology and Engineering Emmys:

“Awards are presented to an individual, company, or to a scientific or technical organization for developments and/or standardization involved in engineering technologies which either represent an extensive improvement on existing methods or are so innovative in nature that they materially have affected the transmission, recording, or reception of television.”

The Loop’s Jim Dalrymple reports that Apple’s particular Award was for its “Eco-system for Real Time Presentation of TV Content to Mobile Devices without the use of Specialized Television Hardware.” It doesn’t say what that is exactly, but it sounds like it has something to do with iTunes/iCloud.

And as iPhoneinCanada points out, this isn’t Apple’s first T&E Emmy Award. It’s first one came in 2001 for its invention of FireWire, then its second in 2002 for its Final Cut Pro Software, and it’s since won two more in 2005 and 2006 for “Streaming Media Architectures and Components.”