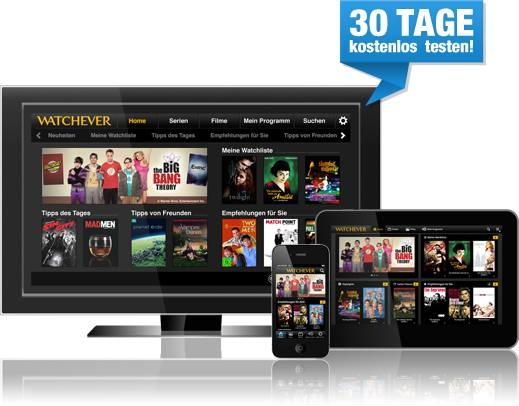 Apple today added a brand new streaming option for Apple TV owners in Germany, the new Watchever video service. No firmware update is needed: the service appears as a new app on the user’s home screen. Watchever just launched in the country yesterday as the first premium, monthly fee-based video-on-demand provider. The Vivendi-owned streaming service requires a monthly subscription of €8.99, or about ten bucks.

And just like Netflix over in the United States, it provides access to television shows and movies on a number of compatible devices. It is only available on Apple TVs in Germany, indicating Eddy Cue & Co. are now pushing deals with local content owners outside the United States…

Apple has confirmed the launch of Whichever on Apple TV in Germany to The Next Web. The company has also updated this support doc to reflect the addition of Watchever to the Apple TV’s growing arsenal of third-party video content.

If the app doesn’t appear on the home screen yet, a simple reboot of your Apple TV should do the trick. 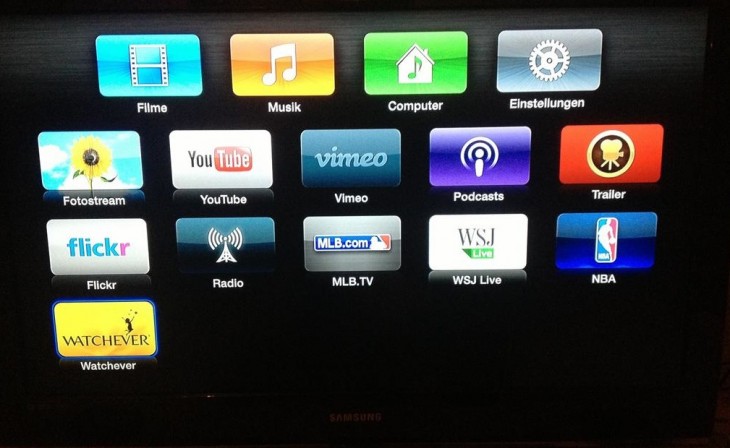 Watchever allows people in Germany to stream television shows and movies to their devices, in exchange for a fee, of course. It has mostly local content, but also shows from the USA and UK from the likes of ABC, BBC and HBO, to name a few.

Videos can be streamed in either standard or high definition and saved on tablets for offline viewing. In addition to mobile apps for iOS and Android smartphones and tablets and support for Smart TVs from LG, Samsung, Panasonic and Philips, Watchever content can also be enjoyed on PCs, via a browser with the Silverlight plug-in installed. The service should soon launch on gaming consoles.