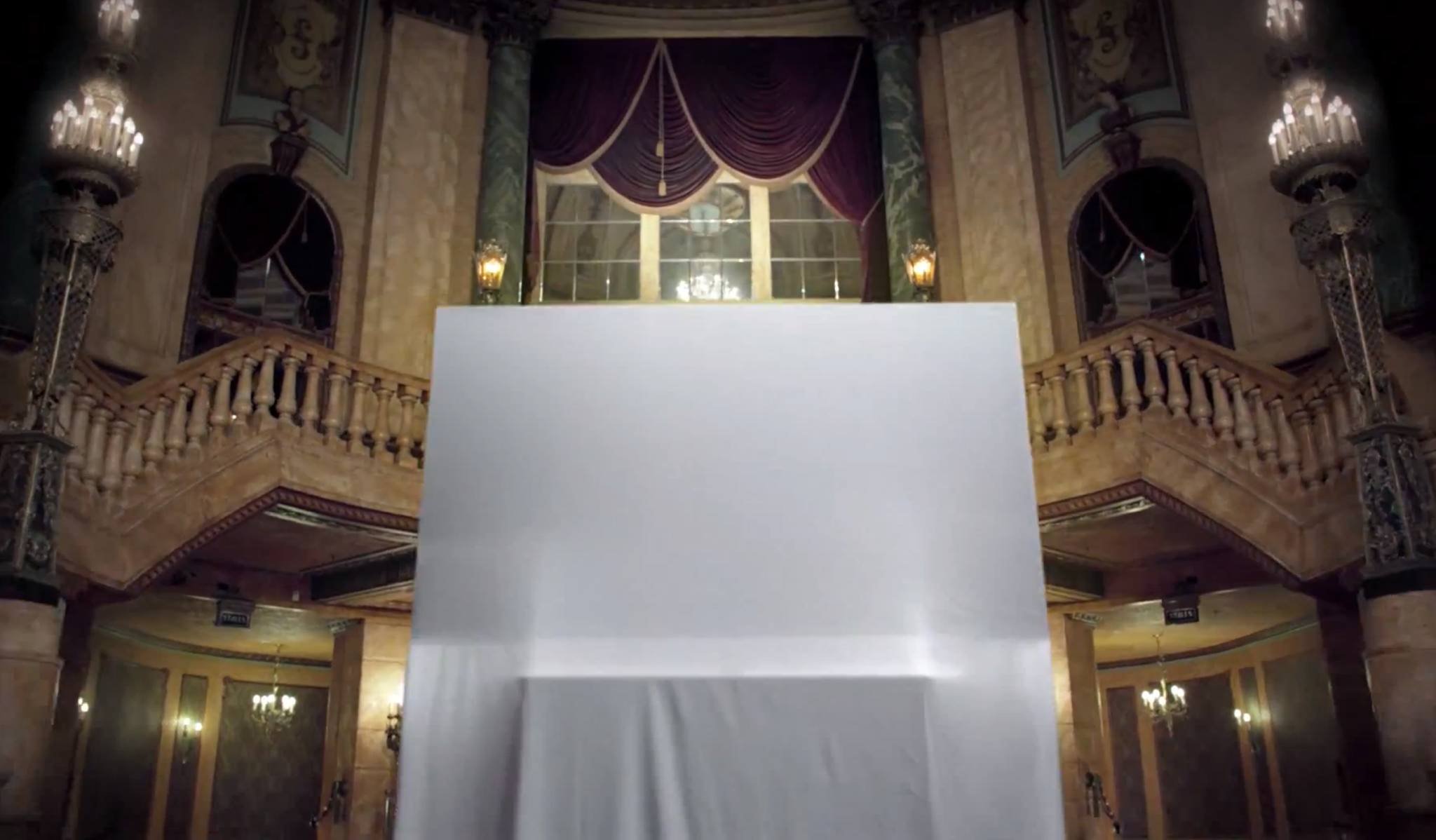 Say what you will about Samsung of South Korea, but the company is leading the Smart TV revolution at a time when the once mighty Japanese consumer electronics giants like Sony, Panasonic and Sharp are struggling to stay afloat. Last week the firm teased an upcoming TV launch with a charming video suggesting that “all the TVs are rushing to see Samsung’s new TV” at CES.

If you haven’t seen it yet, the clip closes rather dramatically with a shot of a large TV set hidden behind a white sheet. Following up, Samsung has now shared an intriguing image via its official blog that raises more questions than it answers…

Samsung’s blog entry simply states that “a true innovation of TV design is coming up with an unprecedented new TV shape and timeless gallery design”.

More curious than that is this image accompanying the post. 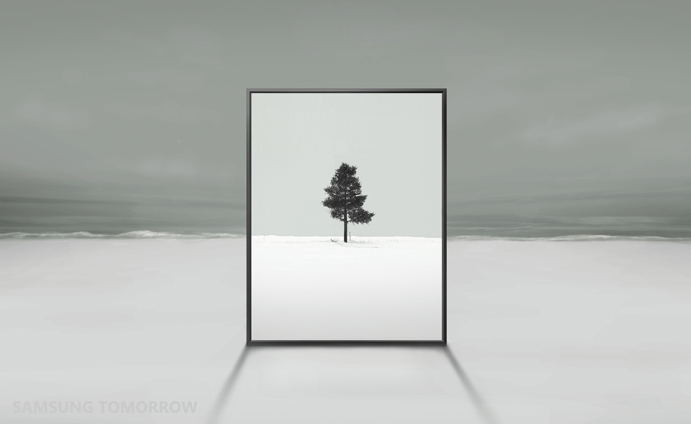 As you know, CES is the world’s largest consumer electronics trade show which this year runs January 8-11 in Las Vegas, Nevada. Our own Jim Gresham will be on hand, bringing you hands-on coverage of the latest in everything from phones and tablets to television sets.

Now, some folks have half-jokingly taken the above image as a sign of a translucent Samsung TV, even if it’s unclear how seeing through your TV enhances the experience.

Translucent TVs from Samsung? Pretty sure the price point will be way off.

If I wanted to add an amusing take of my own, I’d mention a badass TV with a bendable display because, you know, Reuters has it that Samsung is working on a smartphone with a “breakthrough unbreakable screen”.

As Samsung prepares to unveil a new TV at CES that is unlike anything the world has ever seen, all other TVs are rushing to see the new TV.

Is the company just trying to drum up the excitement ahead of a TV lineup refresh at CES or might it, in fact, have an ace up its sleeve?

Realistically, I’m calling for a lightweight frameless TV with a 50-inch edge-to-edge display sporting 4K resolution. Sure, we don’t have any commercial video content in 4K yet, but the icons and apps and menus are bound to look crazy crisp in the glorious 3,840-by-2,160 resolution (that’s eight megapixels for you).

According to a new NPD survey, consumers would rather have more content than “smart” features on their TV sets.

As always, feel free to detail your vote and join the discussion down in the comments.