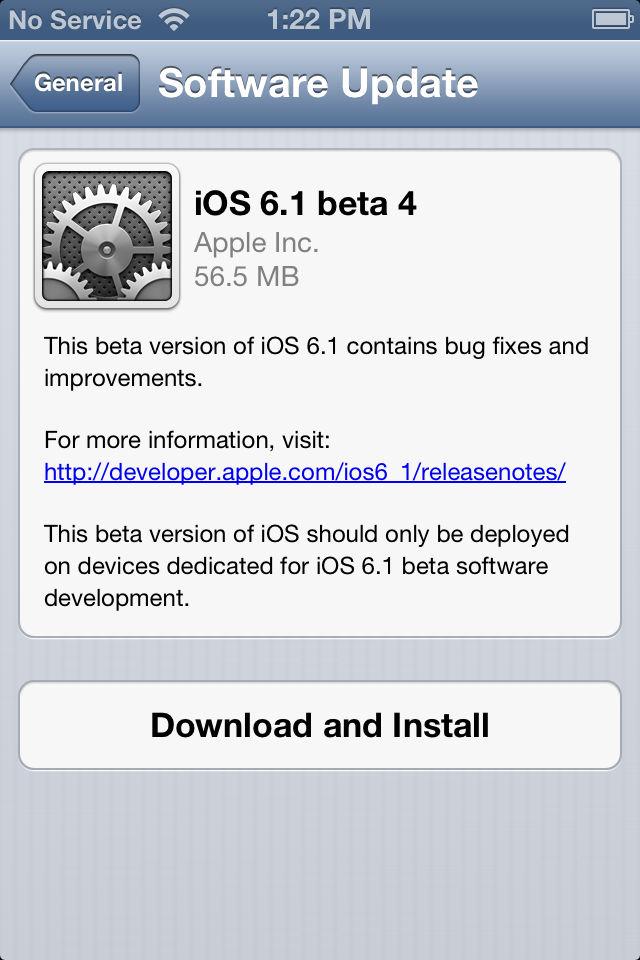 Apple has released what is reportedly its final iOS 6.1 beta a few minutes ago, when it pushed out iOS 6.1 beta 4 for all iOS devices including the iPhone, iPad, iPod touch, and Apple TV.

Existing beta users can access the latest update via the General > Software Update section of the Settings.app. This delta update rings in at a modest 56.5 MB, while the full fledged update comes in at 896 MB when downloaded directly from Apple’s developer portal.

As you can see from the screenshot, beta 4 addresses more bug fixes within iOS 6.1.

As always, we fully expect iOS 6.1 beta 4 to be jailbreakable, and hence, we will follow up with a tutorial showing you how to do just that in the near future.

Have you noticed any additional features or changes between iOS 6.1 beta 3 and beta 4? If so, sound off in the comments below.

Update: and like clockwork, we’ve confirmed that a jailbreak works for beta 4.