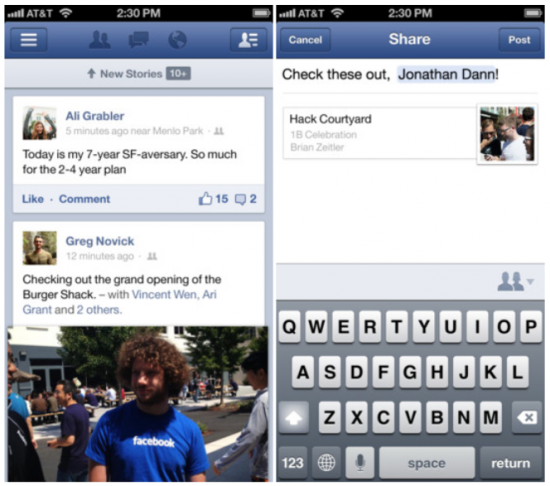 Back in August of this year, Facebook released a completely rebuilt app for the iPhone that was much faster than its predecessor thanks to its new coding. The social network ditched HTML5 in favor of a native approach.

Today, the app gets even faster with version 5.3. The update also includes a few new features, like the ability to choose an album from within the app while uploading photos, but the main focus here is definitely speed…

Here’s the full change log from the App Store:

Post your photos to albums and enjoy a speedier app.
• You can now choose an album when uploading photos
• News feed loads more quickly
• Completely rebuilt timeline opens faster on your iPhone

After playing with the update for a few minutes, I have to admit — and this could just be the placebo effect — that it feels a bit snappier than before. I also checked out the new photo uploading feature, and it works as advertised.

As always, you can download the latest version of Facebook from the App Store, for free. And if you already have the app, you can find the new update in the App Store’s ‘Updates’ tab.

What do you think of the new Facebook update? Is it faster?