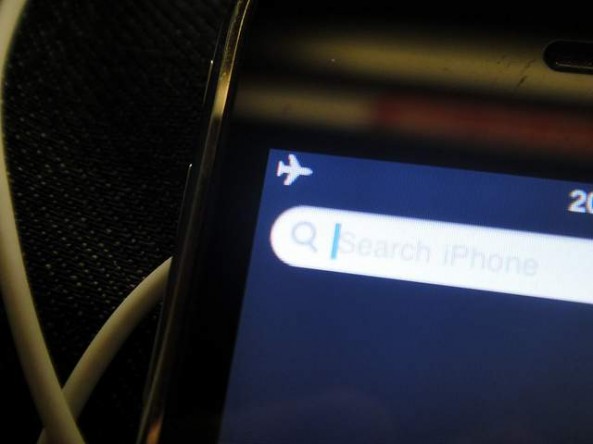 Back in August, the Federal Aviation Administration started calling for public input on whether or not airline passengers should be able to use portable electronic devices during any phase of flight.

The general consensus is that there’s no reason why passengers should have to power down their tablets and other devices during takeoffs and landings. And yesterday, the FCC offered its 2 cents…

On Thursday, the head of the Federal Communications Commission pushed for wider in-flight use of electronic devices during airplane flights in a letter to the FAA’s acting administrator Michael Huerta.

“FCC Chairman Julius Genachowski called on the Federal Aviation Administration (FAA) to “enable greater use of tablets, e-readers, and other portable devices” during flights in a letter sent Thursday to Michael Huerta, the acting administrator of the FAA.

The FAA launched a study group this summer to review its policies and guidance on in-flight use of electronic devices as people have increasingly turned to mobile phones and tablets to connect with one another. To the chagrin of most passengers, the FAA said the study would not consider allowing “voice communications” during flights.”

Interestingly enough, the FAA actually considered dropping its ban for in-flight usage of wireless devices back in 2004. But it sunk the idea because it found no evidence that this would not cause airplane interference.

The Administration has loosened up a bit in the past few years though. It recently approved rules that allow passengers to surf the Web on wireless networks — like GoGo’s inflight internet — during flights.

What’s your take on all of this? Is using an iPad or other device during takeoff dangerous?