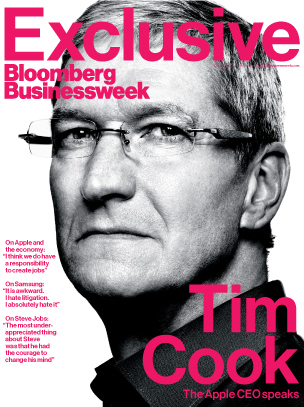 Today is all about Tim Cook. Apple’s chief executive first sat down with Bloomberg Businesweek to talk Apple, the recent management shakeup, his business philosophy and a number of other topics.

And later this evening, Cook’s interview on NBC’s Rock Center with Brian Williams is scheduled to air at 10pm Eastern, 7pm Pacific.

We already brought you a preview of the NBC thing with Cook’s brief comments on the rumored Apple television set and “Made in USA” iMacs.

And now, here are the best quotes from the massive 11-page interview with Bloomberg. As a bonus, I’ve thrown in a priceless photo of a young Tim Cook…

I gotta start with this quote that, to me, puts to rest crazypants analysts spelling doom for Apple because, in their view, the iPhone 5 and iPad mini are only incremental improvements:

Eighty percent of our revenues are from products that didn’t exist 60 days ago. Is there any other company that would do that?

This on why the tablet market is still an iPad market:

Certainly the data that I’m seeing suggests – and this is all third-party data – that over 90 percent of the Web-browsing traffic from tablets are from iPad.

Since these statistics do not correlate with unit sales, it suggests to me that the iPad user experience is so far above the competition. The iPad has become a part of their lives, instead of a product that they buy and place in a drawer.

Of course, Cook’s view of the avalanche of inexpensive sub-$200 tablet is along those lines.

But what I strongly believe is that many people that are doing so might feel good initially if they pay a low price, but will bring it home and start to use it, and they’re no longer satisfied. That good feeling is gone. And those people don’t repeat purchases.

Here are your key highlights, in no particular order.

On how he became the CEO of Apple

I go over to Steve’s house, and – I still remember how he started this discussion. He said, “There has never been a professional transition at the CEO level in Apple.” He said, “Our company has done a lot of great things, but has never done this one.” The last guy is always fired, and then somebody new comes in. And he goes, “I want there to be a professional CEO transition, and I have decided, and I am recommending to the board that you be the CEO, and I’m going to be the chairman.”

On being his own person

On the culture of secrecy

It’s a recognition that we need to be supersecretive in one part about our products and our road maps. But there are other areas where we will be completely transparent so we can make the biggest difference. That’s kind of the way we look at it.

On a typical day at the office

On the so-called Apple tax

A great product doesn’t mean an expensive product. It means a fair price. When we can do great products and achieve a great price, we feel great. But what we wouldn’t do is say, “We’ve got to have something for this price, and then let’s see what we can do for it.” That’s not how we think.

On the rocky Apple-Samsung relationship

Life is a complex thing sometimes, and yes, it’s awkward. It is awkward. I hate litigation. I absolutely hate it.

We can separate in our minds the different portions of their company. They’re a big company and have different divisions and so forth. So that’s kind of how I try to think about it… The thing that is different is the added litigation burden. I hope this works out over time. 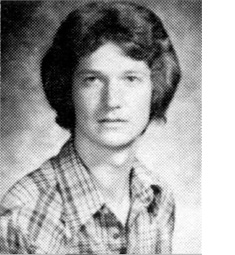 Obviously, if I could rewind the clock, Steve would still be here. He was a dear friend—much more than a boss. But I love being CEO of Apple. I love it.

On working with Steve

He was a friend, and it’s – I guess the external view of that is that he’s a boss, but when you work with someone for that long, for me anyway, the relationship is really important. You know? I don’t want to work with people I don’t like. Life is too short. So you do become friends. Life has too few friends.

We’re putting all of our energy into making it right. And we have already had several software updates. We’ve got a huge plan to make it even better. It will get better and better over time. But it wasn’t a matter that we … decided strategy over customers. We screwed up. That’s the fact.

I don’t feel famous. You know, I lead a simple life. My life is incredibly simple. But what’s changed is that, yeah, people recognize me.

I’m not a person that puts value in being recognized. This doesn’t drive me. I am driven by great work and seeing people do incredible things and having a part in that.

On the departure of Scott Forstall and John Browett

The key in the change that you’re referencing is my deep belief that collaboration is essential for innovation – and I didn’t just start believing that. I’ve always believed that. It’s always been a core belief at Apple. Steve very deeply believed this.

So how do we keep doing that and keep taking it to an even higher level? You have to be an A-plus at collaboration. And so the changes that we made get us to a whole new level of collaboration. We’ve got services all in one place, and the guy that’s running that has incredible skills in services, has an incredible track record, and I’m confident will do fantastic things.

On Jony Ive as the steward of Apple’s user experience

I don’t think there’s anybody in the world that has a better taste than he does. So I think he’s very special. He’s an original. I love Jony. He’s an incredible guy, and I have a massive amount of respect for him.

On Bob Mansfield and his new Technologies group

We also placed Bob in a position where he leads all of silicon and takes over all of the wireless stuff in the company. We had grown fairly quickly, and we had different wireless groups. We’ve got some really cool ideas, some very ambitious plans in this area. And so it places him leading all of that. Arguably there’s no finer engineering manager in the world. He is in a class by himself.

On the Surface and Galaxy tablets

What I see, for me, is that some of these are confusing, multiple OSs with multiple UIs. They steer away from simplicity. We think the customer wants all the clutter removed. We want the customer to be at the center of everything. I think when you start toggling back and forth between OSs and UIs, etc.

My own personal philosophy on giving is best stated in a Kennedy quote, “To whom much is given, much is expected.” I have always believed this. Always.

Creativity and innovation are something you can’t flowchart out. Some things you can, and we do, and we’re very disciplined in those areas. But creativity isn’t one of those. A lot of companies have innovation departments, and this is always a sign that something is wrong when you have a VP of innovation or something. You know, put a for-sale sign on the door. (Laughs.)

Not allowing yourself to become insular is very important—maybe the most important thing, I think, as a CEO. Now fortunately, I think it would be really hard for a CEO of Apple to become insular, but maybe it could happen. I don’t know. But between customers and employees and the press, you get a lot of feedback. The bigger thing is processing and deciding what to put in the distraction category vs. where the nuggets are.

The entire thing is eleven pages long and I couldn’t recommend it more.

If you don’t have the time to read through the whole interview, just save it for later to Instapaper or elsewhere.

I’m following everything related to Cook on a daily basis and to my knowledge, this is the most interesting and honest interview he gave since he took over the helm in 2011.

[via Bloomberg Businessweek, 9to5Mac, Cult of Mac, The Next Web and MacWorld UK]